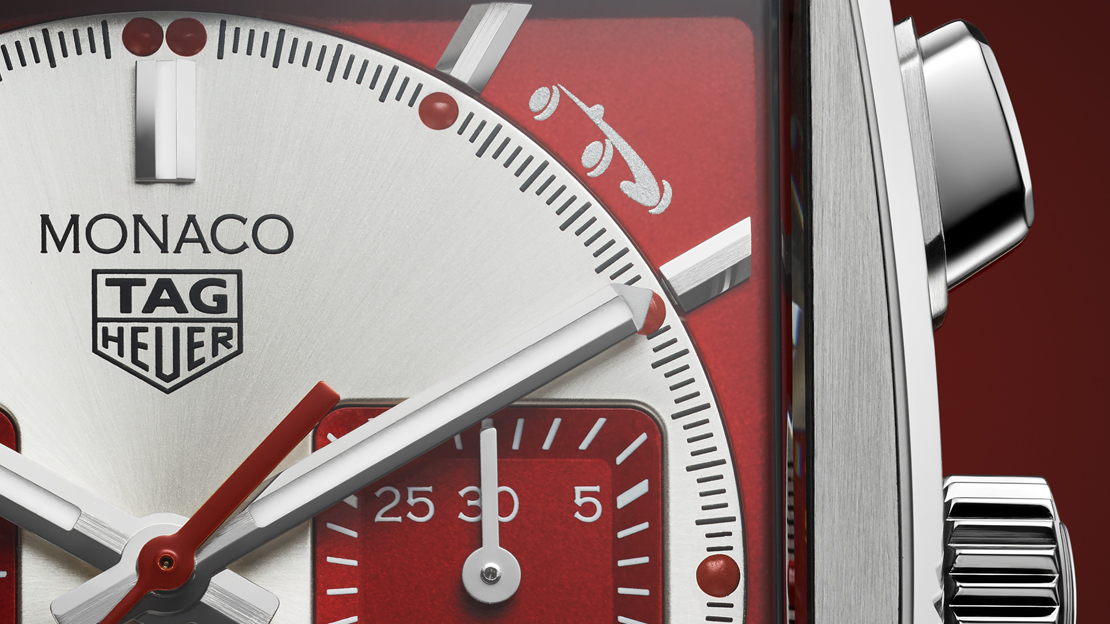 There is something to be said about a perfect pairing. Similar to peanut butter and jelly, or the fact that wine and cheese go together so inexplicably well that it is difficult to think of one without the other. This holds true for partnerships in the watch world as well.

Ever since the Heuer Monaco burst into the watch scene in 1969, it has inevitably tied itself to the racing event it was named after – the Monaco Grand Prix. And this partnership has endured for more than half a century as it marked its golden anniversary last year with a fantastic line up of 5 TAG Heuer Monaco Calibre 11 Limited Editions – each model representing a decade of its existence, and bearing the ‘Heuer’-only badge.

This year TAG Heuer bring its love affair with Monaco to another level as it becomes the official timekeeper of the Grand Prix de Monaco Historique, in addition to its current designations as the Official Watch of the Monaco Grand Prix, and the Official Watch Partner of the Monaco Top Cars Collection Museum. TAG Heuer has truly become THE watch of Monaco as it unites this tiny principality’s premier racing events under its banner.

The Grand Prix de Monaco Historique occupies a place of prominence in the classic car racing calendar. Every 2 years, gearheads and true lovers of classic cars go on a pilgrimage to this haven of mechanical beauty. During this jam-packed weekend, more than 200 grand prix classic cars (from 50 different car makers) vie for supremacy as they participate among the seven series held during this event for race cars made during the 1930s to 1970s. Each car has been selected for its originality and historical value, with drivers from more than 21 countries represented during the last Grand Prix de Monaco Historique in 2018.

Though the COVID-19 pandemic has unfortunately brought about the cancellation of the 2020 race weekend which was supposed to happen last May 8 – 10, TAG Heuer nonetheless created a watch worthy of celebrating this new partnership with the Grand Prix de Monaco Historique. And it is appropriately a Monaco.

At the heart of the new Monaco is the Calibre Heuer 02 Manufacture Movement which beats with a frequency of 28,800 vibrations per hour, and has an 80-hour power reserve. Its dial bears the current ‘TAG Heuer’ emblem since this release comes with a modern movement as mentioned earlier, and is symbolically the fruit of a new partnership rather than a reissue of an old one. The center of the dial and its indices are rhodium-plated, while its 2 sub-dials and the edges of the main dial are in brushed red sunray color with the small silver historic car logo of the Grand Prix de Monaco Historique at the 1 o’clock position also located there. Similar to the previous iterations of the modern-day Monaco, its case is 39mm in size. However, it differs a bit from the Calibre 11s since its chronograph pushers and crown are all situated at the right side of the case like other conventional chronographs. Each case has also been engraved with ‘One of 1000’ signifying its limited production release, and the logo of the Grand Prix de Monaco Historique printed at the inside of the sapphire glass of the Monaco’s display caseback.

The other parts of this new Monaco do not disappoint. The Grand Prix de Monaco Historique Limited Edition comes with a beautiful black perforated leather strap appropriate to its racing heritage. The red watch box with a chequered flag is strongly reminiscent of the one belonging to the original Heuer Monaco when it first came out in 1969.

TAG Heuer’s partnership with the Grand Prix de Monaco Historique doesn’t break new grounds. It just reinforces a foundation already strengthened by more than 50 years of racing history with the Principality of Monaco.