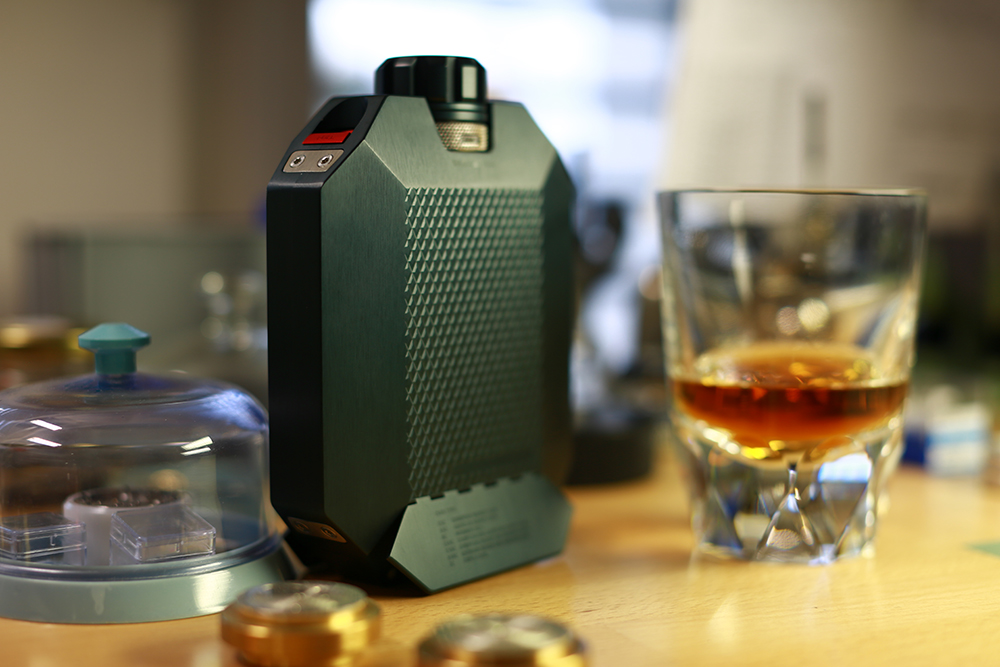 Urwerk is one of the most distinctive and avant-garde watchmakers in the world. Their timepieces are architectural masterpieces, and you could stare at them for hours. So maybe it’s no surprise that they wanted to have something along to make that experience even more mellow.

Enter The Macallan, a single malt Scotch whisky distillery in Craigellachie, Moray. They distill whisky, and they are apparently listed in the Guiness World Records for the most expensive whisky ever sold at auction. James Bond has toasted with Macallan, although perhaps unwillingly, as he was then forced to shoot at a friend of his. (This happened in the movie “Skyfall.”)

I don’t know the inner workings of the minds of whisky drinkers. (“ALL RIGHT! SINGLE MALT, BITCHES!!!”) Okay, maybe I do. But really, I don’t. So if someone had come up to me and said, “One of the world’s premier whisky distilleries is collaborating with one of the world’s leading avant-garde watchmakers. What do you think they’ll come up with?” my answer would have been nowhere near what the reality was. (“Um, a watch made out of whisky? Aged oak watch casings? Blend indicators?”)

Fortunately, the two companies work together better than my mind does, and they came up with The Flask. This is an incredibly complex mechanism that nonetheless fits in your pocket. (Watchmakers, remember? They know how to miniaturize.) The Flask is intricate, with 156 components. It took two years to develop. It contains, among other things, extendable flaps so that you can set the Flask down without it tipping over. Not that The Flask would spill anything even if it DID fall over, because it has pushbuttons and plugs on both its whisky tanks.