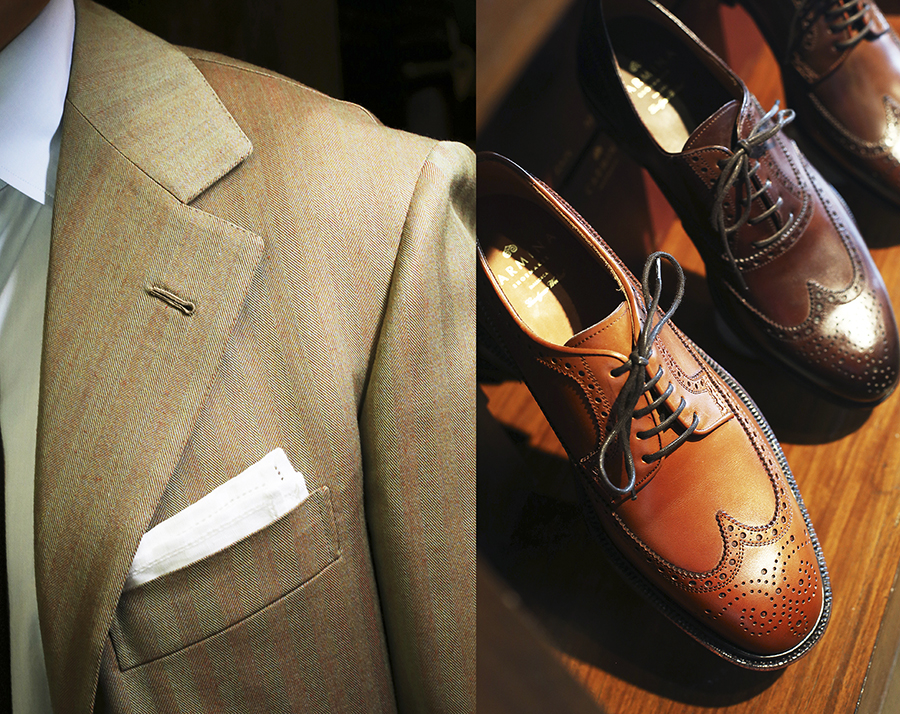 There’s a store in Bonifacio Global City called Signet. It’s not a thrift store. Indeed, thrift is in no way associated with it, so bring your credit card. But you might get a kick out of some of the things they have for sale.

They have clothing, and shoes, and an assortment of accessories. The Calibre team recently did a photo shoot there, and one of the things we got pictures of was a Jaeger-LeCoultre watch. Someone mentioned, you know, this was the watch that Dr. Strange was wearing in the Marvel movie.

A bit of background, for those sad souls who don’t watch superhero movies: Dr. Strange was a recent addition to the Marvel Cinematic Universe, an interconnected web of stories. In this particular film, arrogant, brilliant, and apparently eidetic neurosurgeon Strange (as played by Benedict Cumberbatch) is a widely successful leader in his field. He has fame, fortune, and a drawer full of automatic mechanical watches all on auto-winders. (When I saw this movie, I’m pretty sure that only my editor-in-chief and I gasped at that reveal.) But he had a particular favorite, given to him by a lovely ex-girlfriend. When Strange gets into an accident and ruins his hands, he sells everything he has trying to regain the use of them. The only thing he keeps… is that one watch. He fights to keep it, too, and holds onto it even when it’s been severely damaged in the fight. (More gasps. Watching movies as a watch journalist gives you a decidedly skewed perspective.)

Well, we HAD that model Jaeger-LeCoultre with us that day, as it turns out. And when we mentioned this, the store owner said, here’s a funny coincidence – we sell the model of backpack that Dr. Strange was wearing went he went into the mysterious East looking for answers.

So we had Dr. Strange’s watch, and we had his backpack. It was as if we’d been using mystic powers of our own. All we needed now was our own film franchise. So we started snapping pictures to document this bizarre occurrence of supernatural alignment.

The watch is a Jaeger-LeCoultre automatic, a Master Ultra Thin Perpetual. (The one in the film had an engraving on the back, but I suppose you can get that done yourself, in case you’re lucky enough to be dating Rachel McAdams.)

As for the bag, it’s a Filson canvas rucksack, a very classic, rugged-looking travel companion. It looks the part, too, and it accompanies the doctor on his search to find a mystic teacher.

It’s also worth mentioning that Signet also sells, among its odds and ends, jackets that were based on the tank crew jackets that were used in the WW2 film “Fury.” These even have the division patches on them.

And for a surreal, non-film-related bit of fun, Signet also has a deer bone. That isn’t a euphemism: it’s a bone from the inside of a deer, i.e. what’s left over after you take a deer and remove everything that isn’t this bone. And it’s not a supernatural ritual item, either. It has an actual purpose, which is, believe it or not, grooming-related. You use it to care for cordovan shoe leather. You heat up the deer bone (one second in the microwave would do it) and that releases the natural oils within the bone. You then rub the bone on the shoes; the oil serves to clean and treat the shoe leather, removing creases and scuffs from the cordovan. It apparently really works, which is just a reminder that all magic is just stuff that somebody knows how to do, even if you don’t. Like sorcery. Or astral travel. Or treating shoes with deer bones.

So if ever you’re in the area, just drop by Signet, stride confidently in the door, and say “Dormammu, I’ve come to bargain.”