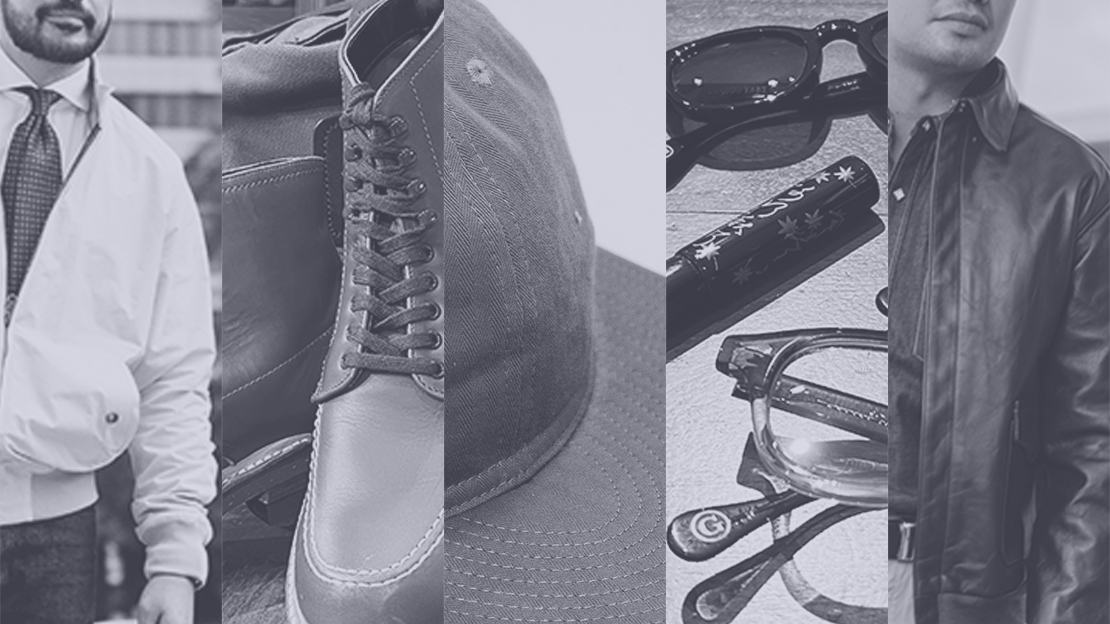 We do love our stories, our touches to history and to greatness and to cool. Not just in the watch world of course, but all over. A conversation on which watch would be technically the correct James Bond watch started off the conversation. From the book or from the movie? Which movie? That’s a rabbit hole unto it’s own.

This led us to the men’s store Signet, a place very familiar to the Calibre Community. They love touches back in history as much as we do, but what really does that mean? And how important really are things like accuracy, authenticity, spirit?

The Julius Tart Optical glasses for example. Their AR frames are based on an original design from the 1950s that was made extremely popular by James Dean. Many companies say that they are the original maker of those glasses, but in this case that isn’t what we are looking for. This limited run interpretation of those glasses uses the same thick shape but with gold furniture instead of silver. They also do a line called FDR after the US president Franklin Delano Roosevelt.

Baracuta is an English clothes maker perhaps most known and loved for a jacket that was seen on Steve McQueen. The G9 Archive Fit model is based on the same Harrington jackets introduced in the 1950s as well, and that draws a particular niche of enthusiasts. The company also produces more modern fits and styles.

A favorite piece of many is a beat up old leather jacket most would call a flight jacket or a bomber jacket. There are many iterations and many makers. A company named The Real McCoy’s tries to recreate many “workwear” type items of general historic significance as closely as possible. Their version of the A-2 Flight Jacket tries to follow as closely as they can the original leather jackets worn by pilots in World War II, and in movies about that era.

Some companies recreate pieces using specific people as inspiration. Papa Nui is a cap and clothing company that calls itself a state of mind, named after an atoll in the South Pacific. You can see writer Ernest Hemingway wearing a long-billed cap in photos, the better to keep the sun out of his eyes as it was low on the horizon when he was fishing. The “Hemingway” cap is a regular item now.

One of our favorite companies is Alden, the American Shoe Maker. While they have been around for quite a while, they may well be best known by most for a boot that ended up on Harrison Ford in the Indiana Jones movie series. This is an example of a regular product at the time, the Alden Truebalance walking boot, being used in the movie and in this case even though it was supposedly chosen over other more well-known brands like Red Wings by Ford himself because, well, they were actually the boots he bought himself. Those boots are now called the Indys and remain a popular item in the catalog of the Massachusetts shoemaker.

Some of these pieces try to be true recreations, some clearly try to be modern takes. Sometimes the prose of the company is so flowery you can’t be sure if they are stating facts or just channeling their inner enthusiast. But there is vision behind them, and fun in using them, and that is what counts more than anything else really.