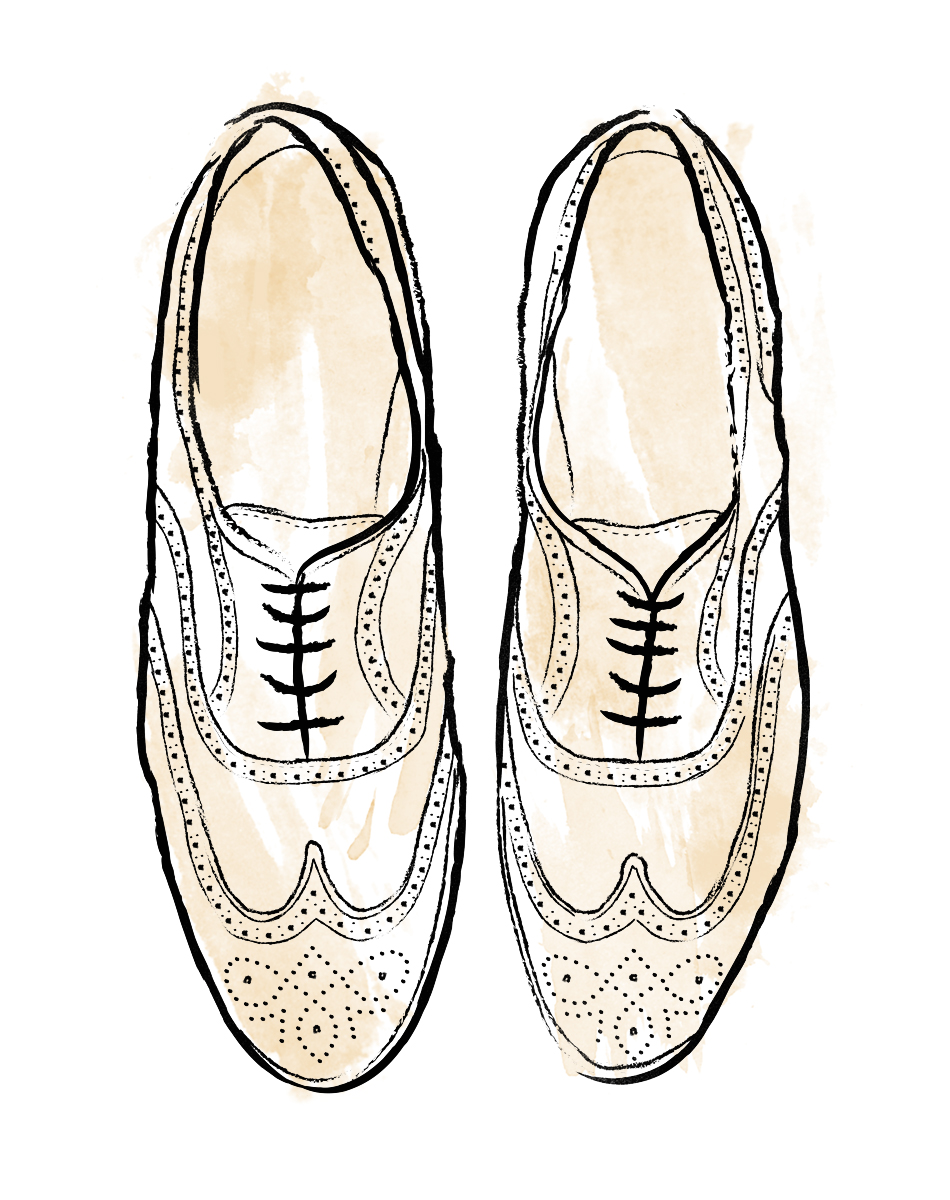 Used primarily for the country, the brogue has transcended the structured confines of traditional style and crossed over to be accepted as footwear in the city — although purists of traditional men’s fashion will somehow resist the notion of a brogue worn in town and will maintain that it remain in the country where it belongs.

The word brogue is an evolution of the Old Irish word for shoe or ‘brog’ as they called it. These types of footwear have become iconic and are easily identified by the stylized holes punctured in various parts of the shoe that give its distinct look. The holes themselves allowed the shoe to breathe, improved drying after exposing the shoe to wet conditions — as could be expected in the wet weather. This reference to wet conditions would also explain the transition of the brogue into golfing footwear.

The primary use of the shoe in modern times however, is as a sporting shoe — the appropriate footwear for shooting and hunting. These sports have been rooted in generations and still, somehow, endure today. Usually worn with a tweed suit and requisite flat cap, the brogue is an essential addition to the outfit that ensures that the wearer is properly dressed for the activity.

As we mentioned earlier, the brogue is traditionally worn during weekends in the country as shoes for gentlemen who are relaxing; the sporty, rugged origins of the shoe are reflected in the recreational attitude during informal, casual activities. While stylish, the brogue is not a traditionally accepted part of proper formal menswear, no. That job falls almost exclusively to that final word in men’s formal footwear, the oxford. Having said that, there has been a softening of the rules over the years and brogues have come to be tolerated as shoes for the city for all but the most formal of occasions.

Style icons later evolved the use of the shoe and brought it out of the country and into the realm of social events in town that led to its many iterations. One notable personage who has been a trendsetter of modern times is Gianni Agnelli, who was been observed wearing a black half brogue in town — just one of his many trend setting looks.

It must be said however that, when in doubt, always choose the more elegant style for the appropriate occasion.

The traditional brogue, usually in a shade of brown as befits its country origins, can be classified into two main groups: the classic brogue with its closed lacing and the derby or blucher with, you guessed it, open lacing. The more elegant option is always the classic, full brogue, although there is also what is called the half brogue which doesn’t feature holes throughout the shoe but only around the toe cap that is in itself another characteristic of this iteration because it doesn’t have the full ‘wing’ like the full brogue on the toe section. This shoe in black is an elegant, if not particularly correct, alternative to the traditional oxford and may be worn at office. The derby and blucher are similar types only with open lacing. These latter ones are extremely hardy shoes — charming, comfortable and rugged all at once. Both classic full brogues and derbys look fabulous with denim and can be worn as casually, providing a sporting yet elegant touch to the wearer’s outfit. The choice between proper brogues or derbys is a matter of preference — and the dictates of the occasion. It must be said however that, when in doubt, always choose the more elegant style for the appropriate occasion. For that, the full brogue will never disappoint and is essential to any man’s wardrobe if one must have just one pair of this kind of shoe.