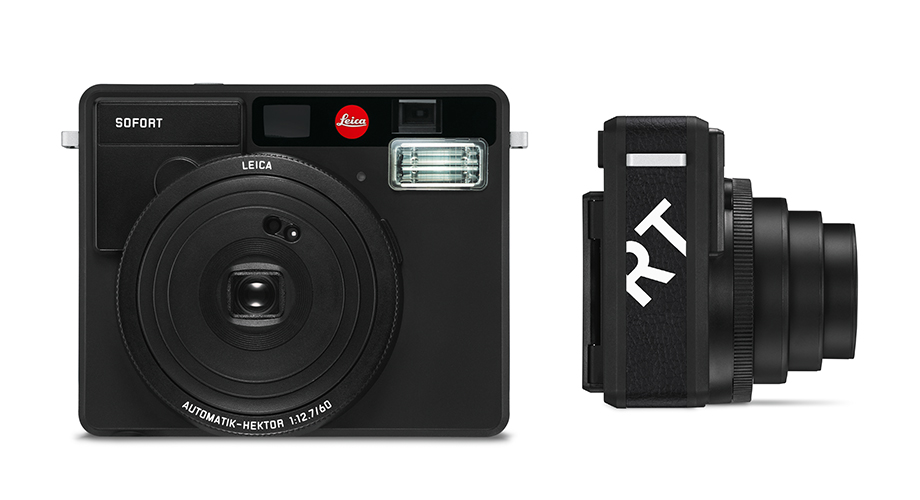 OH it made quite a stir upon its release in 2016 — as it should. Here was, after all, a Leica camera that was much, much cheaper than any similar offering from the German icon. Plus, it was the brand’s first camera that makes photos out of instant film. It’s none other than the Leica Sofort, and it clearly is meant for the current generation of users of instant cameras.

Well, the Sofort has a rectangular mirror in front so its users can frame their selfies better. And its body sports a wardrobe in mint, orange or white.

Now, the Sofort camera comes in a matte black finish emblazoned diagonally with what initially appears as just a bunch of random san serif letters, but which upon a closer look is revealed as spelling out Sofort. This means the camera retains its youthful, even hipster, vibe even as it earns a more vintage-y feel.

All the good things that lie beneath the Sofort’s surface — those which have endeared it to users in the first place — remain. These include the camera’s 34-millimeter Zeiss lens, and its four shoot modes, namely Automatic, Party & People, Sport & Action, and Macro, as well as other programs which let the camera automatically adjust its aperture openings and time exposures according to which setting is picked. Its flash can be switched on or off, too, which is handy considering the film it uses captures images at ISO 800 — meaning using a flash in certain conditions may just lead to washed-out photos.

Surely, a popular feature too is the Sofort’s selfie and self-timer modes. Another is that regardless of which shoot mode or program is chosen, the camera can focus on objects up close, or from a distance.

The Sofort, of course, shoots in Fujifilm’s Instax mini film — well, the Sofort is based on the Fujifilm Mini 90. The film is offered in a black-and-white, or monochrome, option to go with the earlier available color film. The black-and-white film is sold in packs of 10 exposures. The color film comes in both 10 and 20 packs. The credit card-size pictures the camera prints — these come out through a side slot — can be mounted on Sofort Postcards, or inserted into the Sofort Photo Presenter, or even the Sofort Photo Album if one is so inclined to go old school. Which, obviously, the Sofort camera sort of is.

And that makes it cool — especially in black.