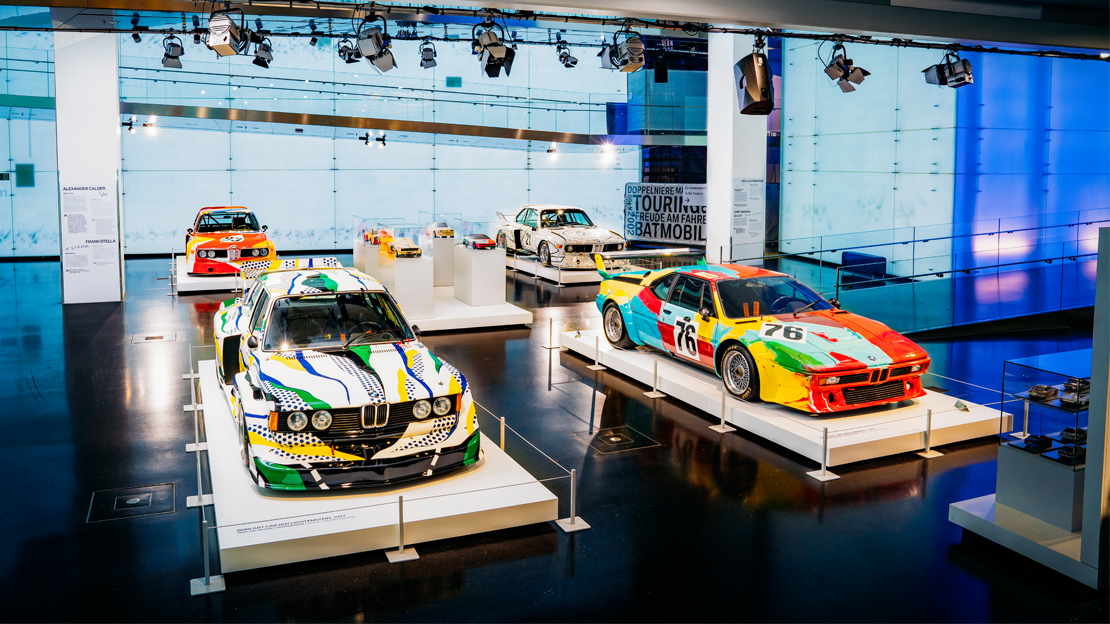 ON the basis that “art should comfort the disturbed and disturb the comfortable,” as Cesar Cruz put it, then BMW’s Art Car project produced some pieces which adhered, to a certain degree, to this premise — the very idea alone that a car could be treated as a canvas did shake things up for some artsy folks. As for comforting the disturbed, well, the fact some awesome pieces did come out of the project reassured the car-afflicted they are not alone in regarding cars as works of art.

The Art Car project has spawned 19 Art Cars between 1975 and 2017. It started with Alexander Calder’s 1975 rendition of a 3.0 CSL, followed a year later by another 3.0 CSL made by Frank Stella, and then by a 320i that received, in 1977, the ministrations of Roy Lichtenstein. All things considered, this was not a bad start to the project at all — we’re talking certified art world rock stars, after all. Yet, for good measure, BMW in 1979 followed the first three Art Cars with an M1 Group 4 painted by Andy Warhol. An M1 racecar. By Warhol. Let that sink in.

It is exactly these first Art Cars — the “Big Four,” as they are rightfully referred to — that BMW has included in a new exhibition titled “BMW Art Cars: How a vision became reality.” Put up on October 10, the show that’s mounted at the BMW Museum in Munich is set to run until February 2019.

The four artworks are joined by three more, including the Jeff Koons M3 GT2 of 2010. While it is not explained why the Art Cars that were selected for the ongoing exhibit have such a huge gap between Warhol’s and Koons’s works, it is likely because, frankly, there was not any notable piece in the Art Cars series during the intervening years.

All right, this is not entirely true. Because in 1999 there was the totally inspired V12 LMR Art Car created by Jenny Holzer. “Protect me from what I want,” screamed in blocky all caps the graphics printed on top of the racecar.

The two other Art Cars in the exhibit are the series’ latest: the M6 GTLM of John Baldessari and the M6 GT3 of Cao Fei. Interestingly, Baldessari’s piece, which came out in 2016, is considered the 19th Art Car while Fei’s, unveiled in 2017, is labeled as the 18th (Koons’s, meanwhile, is the 17th). In any case, the Baldessari and Fei works are marking their European premieres.

Like those made by the Big Four artists, both the most recent works also adhere to Art Car tradition by being racecars (pieces made between 1982 and 1995, except for Sandro Chia’s M3 GTR of 1992, were not racers). Baldessari’s M6 GTLM is marked by the octogenarian artist’s signature brightly colored dots. The touch echoes Baldessari’s groundbreaking work throughout the 1960s and the 1970s, defined by text juxtaposed with photographs, and colored dots painted over the key elements of images — people’s faces, for instance. Baldessari is also known for burning paintings he had made between 1953 and 1966 during a 1970 performance called The Cremation Project.

Fei is as avant-garde. She fuses video art with 3D animation, and even virtual reality, in depicting social scenes in her home country of China. It’s a theme she had taken to her M6 GT3 Art Car, over which carbon black finish she superimposed light forms rendered through video and Augmented Reality. The resulting images, she proposes, reflect the speed of change taking place in China.

Of course, the Art Car exhibit would not have been complete without it paying tribute to Hervé Poulain. The auctioneer and race driver was instrumental in kick-starting the Art Car project when he commissioned Calder to render the 3.0 CSL. Poulain, by the way, raced this very car in Le Mans in 1975.

Just thinking that had this Art Car crashed is disturbing. That it actually raced, as racecars are supposed to do, is comforting.