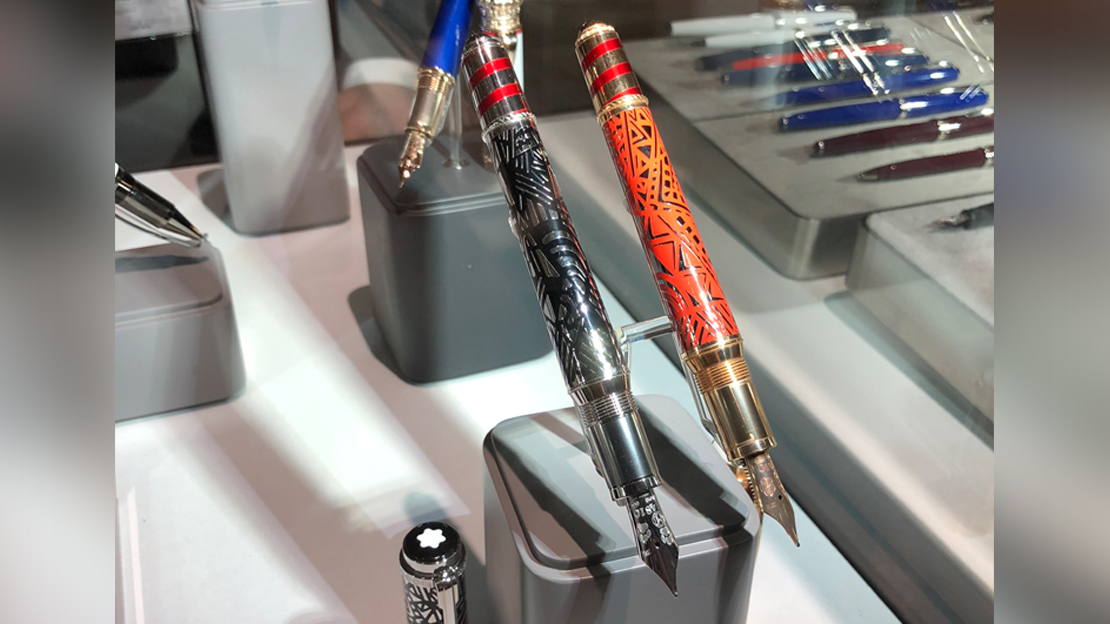 THEY saw, they came, they shopped. Or gawked at stuff, mingled with kindred souls, took part in workshops — they had a good time, in other words.

“They,” of course, refers to the throng of collectors, connoisseurs and even just the plain curious who went to the first Manila Fountain Pen Show, held on October 27 at a meeting room in SM Aura, and organized by Fountain Pen Network-Philippines.

The event gathered in one venue some top global brands (Cross, Faber-Castell Lamy, Parker, Montblanc) and mixed this in with artisanal ones (like Singapore’s Straits Pens and the Philippines’ Kasama) and a smattering of limited-edition and vintage pieces. Adding variety are the writing-related wares — pens, paper, ink, etc. — offered by Everything Calligraphy, Noteworthy by NBS, PenGrafik and Scribe.

A selection of products and services supporting pen passion was also available. Gav ’n Sav sold its pen wraps. Beside its booth was Shibui, which offered leather pen cases and other items. At the other side of the hall was Troublemaker Inks, which mixed some ink for those inclined toward bespoke scribbling. Drawing the discerning crowd were Guia’s Vintage Pen Corner, JP’s Pen Spa and John Lim’s nib work services.

And then there were the packed lectures, discussions and workshops. In the morning, held on an enclosed portion of the hall was a workshop on calligraphy using fountain pens.

This was followed in the afternoon by a session on making a leather pen sleeve. Organized by Calibre, the workshop gave participants an introductory lesson on leather craft, thanks to Joy Villaflor, a sought-after maker of hand-crafted leather goods. And because all materials were provided by Calibre, those who took part were able to take home the pen sleeves they themselves made.

Following the lead of the D.C. Supershow, London’s Writing Equipment Society Show, Madrid Pen Show and the first Tokyo International Pen Show, the first Manila Fountain Pen Show was an unequivocal success. And that’s something you can write in ink.