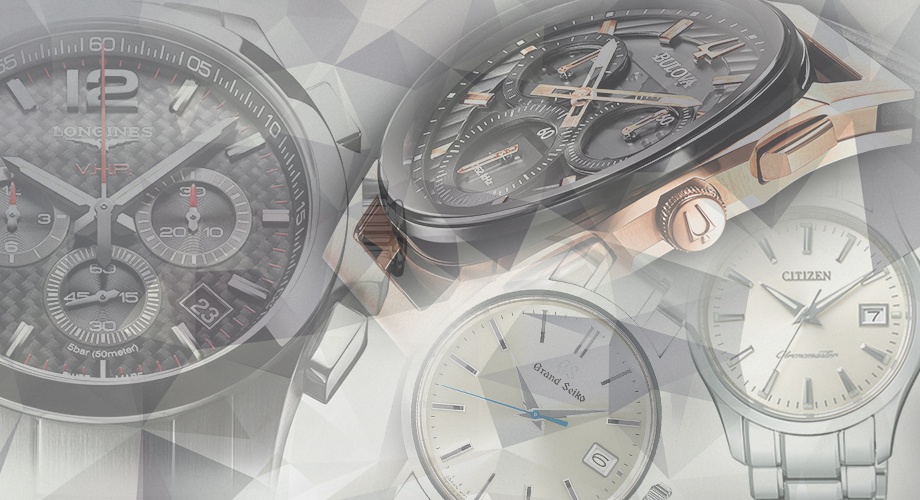 It’s a relatively simple question, and to watch enthusiasts, one that sounds borderline ridiculous; but the world of wristwatches has never been that cut-and-dry. Ask this question to different people, and you’ll get different answers. Looks and style is a common reason. Added prestige and distinction comes a close second. At a distant third is a time piece’s most obvious use: to tell the time.

As watch enthusiasts, we’re enamored by the art and engineering of mechanical watch movements; and we’re perfectly capable of justifying the fact that they could lose up to thirty seconds a day. Yet there’s something about a watch that is just exceptional at doing the job it was built and designed to do. Quartz watches don’t quite have the romance that mechanical watches bring, but they’re also generally much cheaper – and have a variance of about plus or minus 15 seconds a month. That’s plenty accurate for most, but the watch industry wouldn’t be where it is now if it wasn’t continuously pushing for new innovations to perfect itself.

Enter the world of High Accuracy Quartz (HAQ) watches. Designed specifically to present near perfect accuracy, these watches are rated at having a minimum variance of plus or minus 10 seconds a year. While mechanical watches push the boundaries of art and engineering, high accuracy quartz watches push the boundaries of technology. And like most components involving any kind of circuitry, the movements found in these watches get smaller and thinner as the technology improves, allowing for a wider variety of cases and shapes. Even more interesting are the various methods that different watch manufacturers use to achieve such extreme precision. We’ll be excluding quartz watches that utilize GPS, Bluetooth, or any kind of syncing to atomic clocks, smartphones, or other external sources as their base quartz movements are usually no more accurate than the movements of any ordinary quartz watch (and some would argue that using these methods is pretty much cheating). With that said, here are some of the most noteworthy High Accuracy Quartz watches that should merit your attention, together with a look at the tech that powers them.

No list on High Accuracy Quartz watches would be complete without the watch considered by most to be the most accurate quartz ever made. The Citizen CTQ57-0953 (or more affectionately called “The Citizen”) has a quartz calibre A660H movement rated at an astounding plus/minus 5 seconds a year, with a perpetual calendar function that won’t need an adjustment until the year 2100. It achieves this accuracy with the use of what’s called thermocompensation. To put it simply, one of the biggest contributors to changes in accuracy in quartz watches is temperature variation, and thermocompensated movements are designed to, well, compensate for that. Citizen has since released newer versions of the movement in their A010 and A060 calibres adopting their light-cell replenishing Eco-Drive technology, but many still consider this model as the beloved benchmark.

The Longines VHP (Very High Precision) first appeared in 1984, right at the height of the quartz craze. Partnering with Asulab (the corporate research and development laboratory of the Swatch Group), Longines developed their quartz 276VHP caliber, pushing the boundaries of timekeeping precision at tolerance of plus/minus 1 second every 5 years. The modern iteration of the Longines Conquest VHP uses a quartz movement from ETA developed exclusively for Longines. The movement is rated at plus/minus 5 seconds per year with a perpetual calendar, and runs on a battery life of 5 years. What’s interesting about this particular movement is a feature that Longines calls GPD or gear position detection. This system re-aligns the hands if ever they become displaced by shock, or a strong magnetic field. You’re spoilt for choice as well, as both 3-hand and chronograph versions are available.

While technically owned by Citizen, Bulova has been continuously improving their own quartz designs and technologies for years, with their high-frequency, high-accuracy Precisionist line being among their notable innovations. Building on that platform, Bulova introduced the world’s first curved chronograph quartz movements ever made with the aptly named CURV Chronograph. Featuring a 262-kilohertz frequency (as compared the 32-kilohertz frequency of a standard quartz oscillator), the Bulova CURV Chronograph allows for exceptional accuracy and a smooth sweep of the second hand. The curved case and movement make these watches uniquely ergonomic in a way mechanical watches could never be, greatly increasing comfort to the wearer.

Seiko and quartz movements have a long and rich history together, from its early development in the late 1950s, to introducing the world’s first commercial quartz wristwatch – the Astron – in 1969, to 1993 with the development of one of the finest quartz movements currently available, the 9F series. The Seiko 9F series of quartz movements has achieved an almost legendary status among aficionados, featuring a sealed cabin to protect from dust and debris, an anti-backlash mechanism to eliminate wobble when the second hand stops, and auto-adjust mechanism that allows the hands to precisely hit every marker, a date display that changes in 1/2000 of a second, and crystals grown and selected in house by Seiko themselves. The best of those crystals go into a select number of Grand Seiko watches that are rated at plus/minus 5-10 seconds per year.

While this degree of sophistication in quartz timekeeping will continue to satisfy a highly niche market, High Accuracy Quartz watches stand on a pinnacle of modern engineering all their own, and hopefully find their way to more wrists.