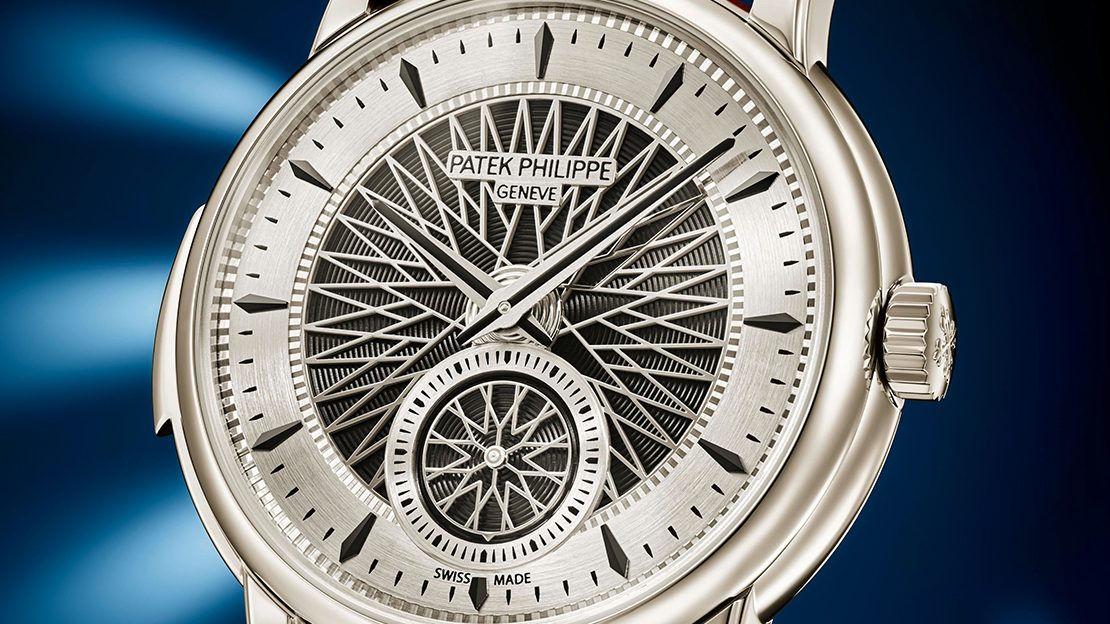 Much has been said lately about the increased attention towards independent watchmakers and watch companies. By the mainstream watch world, that is. Most industry insiders have been discussing them for decades, and in fact many big mainstream brand heads acknowledge that the independent watch companies and watchmakers are the backbone of the industry. In them lies the entrepreneurial spirit, the risk-taking, the ability to think outside the box, that more mainstream brands just cannot.

But what exactly is independence in watchmaking?

TANK LOUIS CARTIER WATCH
Cartier is a stalwart luxury brand of the Richemont group, but it’s horological beginnings were created by vision, audacity and innovation in design.

PILOT’S WATCH CHRONOGRAPH 41
IWC Had its beginnings with independent vision, with the brand being created by an American, Florentine Ariosto Jones, who traveled to Switzerland to sell power generation plants to industries.

Les Cabinotiers Grande Complication Bacchus
Vacheron Constantin is now an iconic historical brand, but it had its beginnings in the independent thinking of guerrilla marketing during world expositions.

TAG HEUER MONACO GREEN DIAL
TAG Heuer, now part of the LVMH group, began as an independent thinking brand with bold ideas such as a square faced sports watch and the use of motorsports as a marketing tool before most others.

For the most part, brands are considered independent when they are not part of or connected to the big watchmaking groups or conglomerates. The Richemont Group that owns and controls brands like Cartier ,  IWC ,  Montblanc ,  Panerai ,  Vacheron Constantin  and more. The  LVMH Group  that controls  Louis Vuitton ,  Moet & Chandon ,  Hennessy , (hence the initials),  TAG Heuer ,  Bulgari  just to name a few. The  SWATCH Group  that controls, well,  SWATCH , but also  Omega ,  Breguet  and, yes, more. But this can be confusing. Actually, the creation of the entire SWATCH brand and Group itself is an excellent example of the combination of independent mindset and community responsibility.

Octo Finissimo, winning watch of the “Aiguille d’Or” Grand Prix 2021
While primarily a luxury brand, Bulgari watch design shows innovative independent thinking in their multiple award winning thin designs such as this one which is inspired by vintage Japanese motorcycle instrumentation.

Tudor, Black Bay Ceramic, winning watch of the Petite Aiguille Prize 2021
After Rolex proved the formula worked for the more expensive watches, Hans Wilsdorf wanted to give the same reliability at a more accessible price, which was a bit of out-of-the-box thinking for its time.

Sun Wukong Limited Edition
Oris is a quintessentially Swiss independent, a small company that lives and breathes its watchmaking heritage, making choices often for small groups of enthusiasts that turn out to become mainstream hits.

For example, would you consider the mammoth  ROLEX  an independent? In reality it is, as it is run by a  foundation  that only controls ROLEX and  TUDOR  and has stayed pretty true to the ideas set forth by the very independent  Hans Wilsdorf . The horologically iconic  Patek Philippe ? Owned and run for generations by the  Stern  family. The very Swiss  Oris ? All they do is produce their own watches by the river in Holstein , Switzerland from which they took their name.

The Stern Family, show here are Thierry Stern, President and his father Philippe Stern, Honorary President, has owned Patek Philippe since 1932. Their stewardship guides not just the company but the industry as well
Patek Philippe is perhaps the most important name in the current horological world, but it is an independent and family-owned company run by successive generations of the Stern Family.

ZEITWERK HANDWERKSKUNST Platinum with black rhodiumed and hand-engraved white-gold dial
While it is part of the giant Richemont group, A. Lange & Söhne manages to steer an independent path aiming towards quality and finishing that is at the very highest levels for only the toughest connoisseurs.

Luminor Marina Quaranta
Panerai, in particular under the visionary Mr. Angelo Bonati, was able to put a different vision into the Richemont-owned brand, which permeated not just the products but also the corporate culture.

So independence as we see it isn’t necessarily about ownership. Maybe it is more about spirit. And that can apply across the board. Patek Philippe recently launched a truly innovative minute repeater, the Advanced Research Fortissimo Ref. 5750P, something that required not just a bold mindset but also a bit of a deviation from their more recent history. Incidentally by being true to their longer history. How’s that for a group that does whatever it feels like doing? Even within the group brands, names like A. Lange & Söhne and even Panerai can operate far more independently and boldly than other brands within that group, though that many not be easily seen unless you are somewhat entrenched in the industry itself as opposed to looking on as a casual buyer.

Maximilian Busser-Swiss businessman and founder of the watch brand MB&F
The type of person that many think of when they talk about independent watchmaking, Max Busser is actually all about collaboration and the combination of different skills, aesthetics and even big brands

Opus 1 (chronometer version) by Harry Winston with François-Paul Journe
The Opus line of Harry Winston is an excellent example of independent thinking in a brand more known for main stream luxury. Proof that it pays to nurture independent thought even when it might not make sense to others

But there is no question that names not all that known to most watch buyers are making waves.  Max Busser  of  MB&F  has been around for quite a while, and was known for his work with the  Harry Winston  Opus  watches before he began the company that, as we learned in the Timepiece Discussion Group (a private hobbyist group on Facebook) online chat, wasn’t really supposed to have his full name at all. He handled the collaborations for Harry Winston, and wanted to continue doing that on his own. It seems in applying for a trade name, initials were too close to some already established brands and he had to make a quick decision. Ah the challenges of going independent.

For many more…mature watch hands, when you say independents you think of the  AHCI , the Académie Horlogère des Créateurs Indépendants. In  Baselworld  they would have a space of put-together booths in a back hall and would man their desks themselves and cover for each other when they were on lunch breaks. We always had the best conversations there, and got much of the insight we now have of the watch industry from these minds that are still considered the backbone of the industry.

In reality though, all these brands that are now household names had that independent entrepreneurial spirit, they all made bold choices and took big chances. And that’s what we love about this industry, and about all those that choose to take chances. It isn’t always about what people think it is.

Only From Patek. Only Now.
Probably Only By Thierry