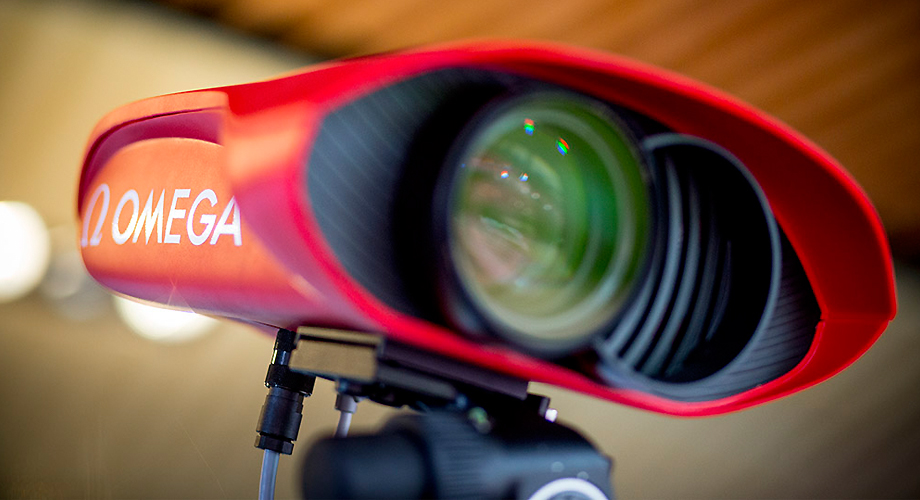 The 2016 Olympics is happening in Rio de Janeiro, and that opening is almost upon us. Omega is already there, in full force and with all their gear, as they are once again the official timekeeper of the Olympic Games. That is an incredible responsibility, for it is no exaggeration to say that the world will be watching the Olympics, and we will all be counting on Omega to keep the clock.

Omega has been keeping time for the Olympics for generations now, and although they’re obviously good at it, it’s also fair to say that they’ve grown with the job. Timekeeping for the Olympics has evolved, and Omega has evolved along with it. As we mentioned in a previous issue, Omega will be sending 450 personnel to Rio de Janeiro, and they’ll be utilizing 480 tons of equipment. That’s a lot of material for one company to bring, but they’re going to need it. The 1932 games saw Omega sending one man, and 30 chronographs. Today, it’s a whole lot more. But it’s interesting to see the equipment and how it’s changed over the years.

There are three particular items we’d like to focus on today, as a way of showing you how much has changed in the Olympics over the years. There are a myriad of devices in that 480 tons that Omega is flying in to Rio, but let’s sharpen our aim and look at these three close up.

Most people know what a starting pistol is from the movies, but the modern version is surprisingly complex, even if the look is somewhat recognizable. Starting pistols were used first back in the original Greek games, but were quickly discarded when people realized they hadn’t yet invented gunpowder. No, I’m kidding. Even starting pistols have come a long way.

It makes sense – it’s an unambiguous signal, after all, and everybody that hears it knows to start running, thus avoiding any false positive starts, or early starts. But even the starting pistol has evolved, because in the current day and age, not only seconds matter, but even—literally—microseconds.

The noise of a starting pistol is a clear signal, but not everybody hears it at EXACTLY the same time. Sound, as we know, travels, and because of that the runners closest to the gun will hear the sound just a little before the runners farther away. Now, you might be thinking that the difference is minuscule, a matter of microseconds. And you’d be right. But in the modern Olympics, microseconds matter.

So to render the entire thing utterly fair, Omega developed the electronic starting pistol. It was first introduced in the 2010 Winter Olympic Games. The electronic starting pistol is actually a sound system. It is triggered by a bright red starter gun that is actually a flash pistol and a sound transmitter. The gun is connected to speakers placed behind every athlete. Because the speakers are all the same distance from their respective runners, each runner hears the sound go off at exactly the same time. Thus, no one has any advantage, however infinitesimal it may be.

The electronic starting pistol has one other advantage, also a relevant one in this modern time although for a different reason. It doesn’t look like a real gun. So there’s less likelihood that it will set off any security alarms or cause any delays or extended searches when bringing it into a stadium or an airport.

For all those times when a race is just too close to call, you can be grateful for the photofinish camera. That particular device was introduced back in 1948, at the London Olympics. That marked the first time that machines began to outperform the human eye for accuracy. The photofinish camera was seen as the last word to settle debates about who actually won a race. Instead of arguing over who saw what and how certain they were about it, you could now just check the cameras and see.

The term “photo finish” has entered our common vocabulary, signifying a really close call or a save just in the nick of time. And we still use photofinish cameras in the Olympics, for those times when competition is so close that the human eye just can’t tell who’s ahead.

The first such piece of work was called the ‘Magic Eye’ and it was first used as far back as 1948. The devices have continued to improve, and this year sees the debut of the Scan ‘O’ Vision MYRIA. This incredibly sophisticated technology is a combination of a time detector and a chronograph. The Scan ‘O’ Vision MYRIA is an improvement in a lot of ways, some of them merely convenient, some of them downright astonishing. On a simply practical, logistical level, it is more compact, and it takes less time to set up and to disassemble. That might not seem like such a big deal until you remember the scale of the Olympic games, and exactly how many of these gadgets (remember: 480 tons!) have to be set up and taken down.

Omega has been keeping time for the Olympics for generations now, and although they’re obviously good at it, it’s also fair to say that they’ve grown with the job.

A slight improvement in setup speed can mean hours saved over the long run. So just as in the events themselves, seconds make a difference.

But there are other, more directly relevant improvements. The MYRIA has improved sensitivity to light, so the images are four times as sharp as the previous model. And just so you know what level of precision you’re dealing with in this photofinish camera, it’s taking 10,000 digital images per second.

Similar to a photofinish camera, a photoelectric timer is a way of discerning who crosses the finish line first, but doing a more accurate job than the human eye could ever hope to achieve. (Yes, we’ve been surpassed by the machines, but, that isn’t news, so, I suggest you simply embrace the onset of the robot empire.) What’s surprising, perhaps, is how far back this all happened. It was 1948 again, the year of the photofinish camera; the two devices went on to revolutionize Olympic timekeeping. The 1940s photoelectric timer ran a beam of light across the finish line, and when the beam is interrupted by the body of a competitor, that triggered a stopwatch, so you know exactly how long that lap lasted and who was first. The photoelectric timer rendered the classic finishing tape redundant, because it is so much more accurate; it times to within 1/1000th of a second.

We still use the timer today, although naturally it too has improved. It uses infrared beams now, and uses four cells instead of two, so that the body patterns are more recognizable as they cross the finish line. Also, the cells now are reliable and accurate in all extremes of weather and temperature. Indeed, climate conditions may affect the athletes before they affect the instruments. For example, in Mexico City in the 1968 Olympics, the athletes may have had better times because the thin air worked in their bodies’ favor. However, today’s measurement devices would be unaffected by such an altitude.

As timing devices continue to evolve, so too do the watches of Omega. The Rio Olympics is cause for celebration in many different ways, and Omega has commissioned a numbed of special timepieces to mark the occasion.

The Omega Seamaster Bullhead “Rio 2016” Special Limited Edition is a part of the brand’s Olympic Games Collection. The Bullhead is a unique mixture of heritage, precision, and sporting excellence. The watch is immediately recognizable; the strap alone, with its blue leather and colored stitching, recalls the colors of the Olympic Rings. And if that doesn’t give it away, the inner bezel seals the deal.

The case of the Seamaster Bullhead has its own connections to the history of sport. This particular type of case first appeared in 1969, being used by rally drivers to test their lap times. The dial of the “Rio” Bullhead is white, like its predecessors before it. Interestingly, the name ‘Bullhead’ was originally a nickname. It was unofficially given to the case and the watch by collectors, who found that the shape evoked a clear image – presumably reminiscent of a bull’s physical strength and determination. In time, the nickname stuck, and now is the official brand designation. There’s feedback for you. I like that the brand carried on the impetus given by the fans, and the Bullhead stands out for both its own merits and a testimony to the watch community’s input.

The distinctive elements of design and shape, combined with the Olympic coloring, clearly designate the Seamaster Bullhead “Rio” model as a part of the Omega Olympic collection. To further drive that point home, the “Rio” Bullhead case back carries the Rio Olympics logo. There’s a lot to see while looking at the watch, and naturally the interior is equally impressive, as the Seamaster Bullhead is powered by the Omega Co-Axial caliber 3113. When the starting pistols are fired, Omega will be there, lending the timing skills it has developed over the years of precision timekeeping and dedicated design.