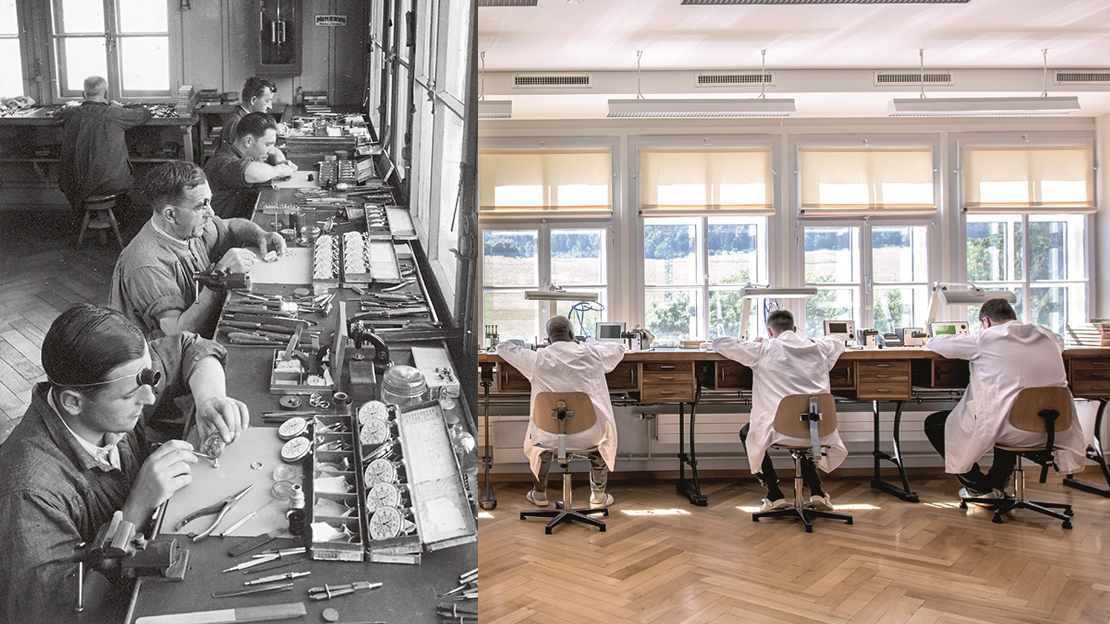 Montblanc Villeret’s watchmaking tradition began 160 years ago, when in 1858 Charles-Yvan Robert founded a watch workshop in the Saint-Imier valley.

The company that they founded began by assembling watches, not manufacturing them. But in 1895, they began producing their own watch movements and pocket watch cases. The first Minerva calibre was a pocket watch movement. And in 1908, they began production of chronographs and stopwatches. Their first stopwatch built in 1911, could measure time to 1/5th of a second. They rapidly increased the accuracy to 1/10th, and eventually to 1/100th of a second. This achievement put Minerva on the map as a specialist in professional watches and stopwatches. In 1936, they won the contract for the 1936 Winter Olympic Games, establishing them as a forerunner of chronographs.

As an independently-owned business, Minerva was free to do whatever they saw fit for their company, and that included the rejection of automation. Their decision to keep their work handcrafted definitely proved to be one of their strengths. With this independence, they also chose to keep their numbers at a small but manageable and profitable size.

In 2006, Minerva was bought by the Richemont group. The sale included unlimited rights to its calibres, existing ébaushes, machines, tools, and even the building itself. And the decision was to integrate it with Montblanc. With this integration, the plan is for each manufacture to continue to do what they do best. Montblanc produces thousands of watches annually in their Le Locle manufacture. The Villeret manufacture can continue to do what they have been doing for over one and a half centuries, which is to develop and produce movements.

Backed by centuries of knowledge and countless hours of labor, Montblanc is ready to keep the art alive and continuously present us with fine timepieces crafted by pride and passion that started all those years ago.