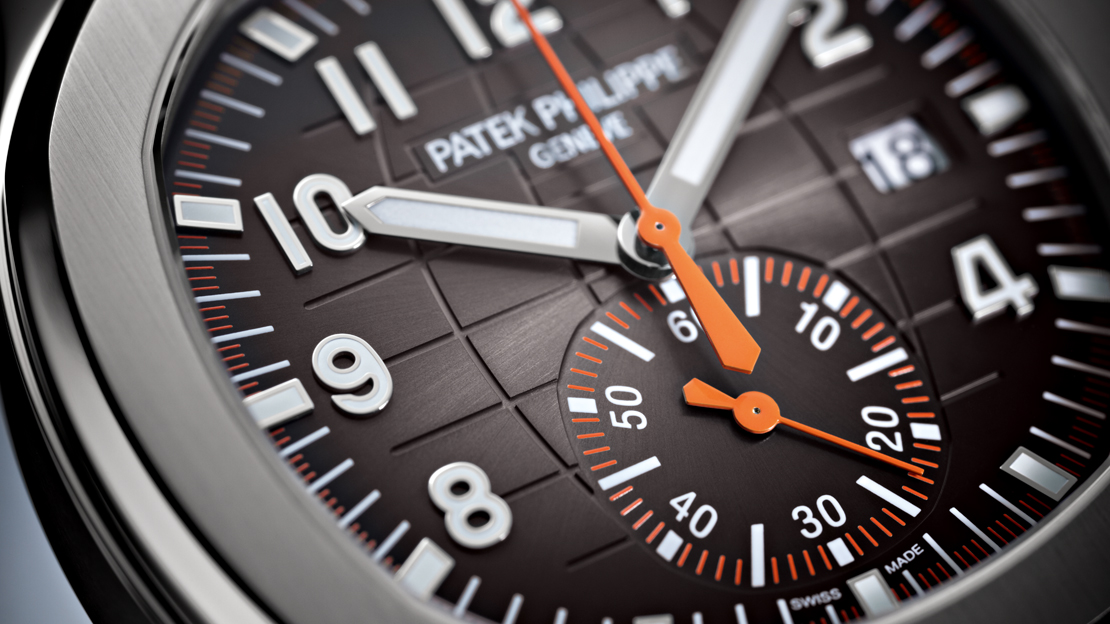 STEVE Jobs came back to Apple, Hong Kong returned to Chinese rule, the first Harry Potter book went to print, and Patek Philippe debuted the Aquanaut. These “disruptions” all happened in 1997, and, just as interesting, the term “disruption” itself, as it has come to be used in business, was considered to have been widely adopted with the publication of Clayton Christensen’s book The Innovator’s Dilemma in—you guessed it—1997.

At the time, only a year had passed since Patek Philippe’s seminal sport luxury model, the Nautilus, marked its 20th birthday. Yet the brand obviously thought it necessary to continue evolving, and so it brought out what is inarguably an even sportier piece than the Nautilus—the original Aquanaut (Ref. 5060A), a watch that distinguished itself from any previous produce that came out of the Genevan maison by wearing a composite rubber strap. Apparently, the juncture where the Gerald Genta-designed Nautilus—also a source of controversy upon launch—exercised restraint was also the point from where the Aquanaut picked up the pace and went on its merry way.

Without doubt, the chronograph-rigged, orange-suffused Ref. 5968A Aquanaut released in Baselworld earlier this year amply proves this point.

This is hardly surprising, actually. Because throughout its 21-year romp in the market, the Aquanaut has largely stuck to its original brief. Which is no small feat; to date the Aquanaut has come in a variety of case sizes (including “jumbo” ones), solid and sapphire crystal-fitted display casebacks, and even some quartz-fired examples. Notably, the Ref. 5164A of 2011, called the Travel Time, became the first Aquanaut afforded a complication—a second time zone function displayed via a fourth hand, as well as discreet “local” and “home’ time indicator apertures.

Then there’s the ref. 5650G, or the limited-edition Travel Time Patek Philippe Advanced Research, which simply is the most provocative yet among the Aquanauts. Largely, this is due to a cutout on the watch’s dial, which exposes what Patek Philippe calls the “compliant mechanism,” an all-steel collection of components that sets the piece’s GMT function.

Now through all this innovations and renditions the Aquanaut kept to its reason for being. The Nautilus, from which the Aquanaut unequivocally evolved, remains as the maison’s dress watch with an elegantly athletic bent. For its part, the Aquanaut is unabashedly, unapologetically sporty.

As such, fitting the Aquanaut with a chronograph function can only be, well, fitting. It’s a move that isn’t so much a question of “why?,” but rather of “why only now?.” It’s as natural a pairing as denim jeans and a white shirt, sunsets and the beach, steak and whisky.

Earning the distinction of being the first in the Aquanaut progeny to ever come with a chronograph, the Ref. 5968A suitably packs serious horological hardware. It’s a self-winding flyback chronograph, for starters, and one that relies on a column wheel and a vertical clutch arrangement. Now such a setup, as any WIS will attest to, is both classical and costly. But also more rewarding.

While the debate over the merits of cam- and column wheel-actuated chronographs has through decades generated tremendous pub and forum fodder, it is generally accepted the column wheel form is the more complex way to go about pursuing tenths-of-a-second mechanical time recording. It requires expert skill and laborious hand-finishing work so it could be as awesome to look at as it is to use; pressing the chronograph pushers, as the discerning need not be reminded, spells the difference between the two. Simply, the column-wheel job returns a more satisfying, smoother feel as the components involved engage more seamlessly.

The use of a vertical clutch in the Aquanaut Chronograph’s calibre CH 28-520 C also means that, when the chronograph is activated, the sweep seconds hand will move from a resting position without jerking in either direction—a known attribute of such a clutch layout. And because, as Patek Philippe noted, the calibre CH 28-520 C’s clutch is virtually friction-free, the chronograph hand can also be used as a continuously running seconds hand.

Obviously, the 60-minute, 12-hour mono-counter calibre CH 28-520 C is no pushover, fitted as it is with Patek Philippe’s proprietary Gyromax balance and Spiromax balance spring, as well as a rotor fashioned from 21-karat gold. Measuring 30 millimeters across, it spins at 28,800 vph and has a power reserve of up to 55 hours. This 35-jewel automatic movement also hints at the Aquanaut’s provenance; the CH 28-520 C ticks beneath the cases of the Ref. 5980 and Ref. 5976 Nautilus renditions.

Equally impressive is that the addition of a chronograph function did not sully the purposeful, robust design elements that have been the Aquanaut’s signature. The placement of the 60-minute chronograph register—a large one whose top seems it is already brushing the stems holding the hours, minutes and seconds hands while its bottom is resting on top of the six o’clock marker—appears as if this feature has been part of the Aquanaut dial’s landscape from Day One. A closer scrutiny of this register will also reveal that its shape is exactly the same as the thick, softly rounded but still visibly octagonal bezel by which the Aquanaut has been identified.

The piece’s detailing does not end here. The watch’s chronograph pushers are suitably broad—any other shape would only mess up the Aquanaut’s lines—and complement the leading edges of the crown protectors. The applied numerals, as well as the hours and minutes hands, are made of gold and filled with luminous compound—guaranteeing legibility. The black dial is still marked by a longitude/latitude-like pattern—an Aquanaut cue—which somehow balances the mass of the watch’s 42-millimeter, 120-meter water-resistant case. Certainly, the splashes of bright orange on the minute track and seconds hand, unique to the Aquanaut Chronograph, add a whole new dimension to the collection’s visual language.

But, as the case was upon the Aquanaut’s 1997 debut, the loudest voice comes from the watch’s composite rubber strap. While the Aquanaut Chronograph is issued with a black one (secured by a new fold-over clasp with four independent catches), it is also supplied with a bright orange band.

The Aquanaut continues to prove disruptions can be delightful.