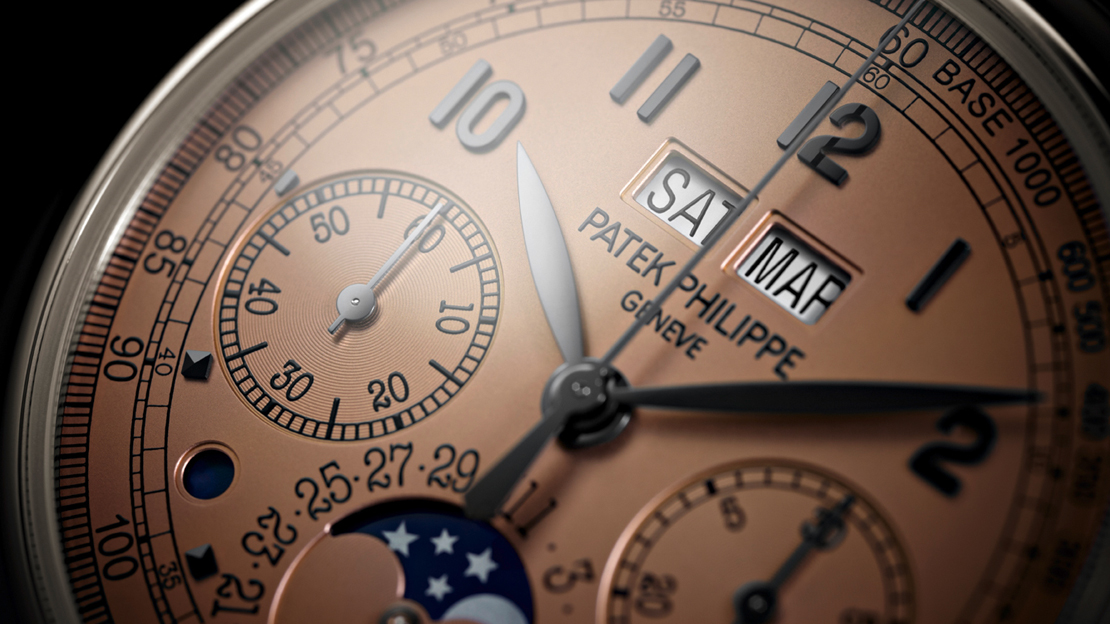 It’s pure haute horlogerie handiwork, this complication called the perpetual calendar without doubt is. A sign of man’s attempts to discern order in the cosmos, it’s equally an awesome feat of mechanical engineering—if not higher math—which can be strapped on a wrist.

Not counting in astronomical clocks (or similar contraptions), credit for the first perpetual calendar timepiece is largely attributed to a pocket watch made by English clockmaker Thomas Mudge, Various accounts, including that of auction house Sotheby’s, which sold this very piece in 2016, place the pocket watch’s year of manufacture as 1762. Sotheby’s described this perpetual calendar pocket watch as having a Mudge-signed movement featuring a “gilded full plate, ruby cylinder escapement, [and] decoratively pierced and floral-engraved masked balance cock,” among other elements, as well as a dial finished in white enamel and marked by Roman numerals, gold beetle and poker hands, and apertures for a moonphase, day, date, month and leap year displays. Its silver case, thought to have been a later addition, measures 50 millimeters across. At auction, Mudge’s pocket watch hammered for £62,500—a pittance considering its significance.

The long intervals marking the development of this horologic complication only proves that a perpetual calendar requires vastly more intricate engineering than what’s involved in the production of a regular or an annual calendar function. A watch fitted with a regular calendar—meaning a date display, or a day/date display—needs to be adjusted five times in the course of a year to keep its day/date display correct. This is to account for the different number of days in a month, so the date has to be advanced to 1 on months following those ending in 30. Or 28 or 29, in the case of February.

An annual calendar function (which may also include a month and moonphase indicator) improves on the regular calendar by “knowing” which months end in 30, and which end in 31. What it does not account for is February, and so an annual calendar needs to be adjusted on March 1. Also, it cannot tell the years when February throws a tantrum and takes an extra day for itself.

For its part, a perpetual calendar (which may display all the abovementioned calendar indicators) is engineered so it could account for such an aberration, as well as determine the different number of days among the months.

The years in which February has a 29th day, of course, is what’s commonly known as a leap year—which has 366 days instead of the usual 365. It’s a method meant to approximate both the tropical year and sidereal year—the 365 days-plus-change that take the sun to return to the same position (after the cycle of seasons has passed) as seen from Earth, or for the Earth to complete a rotation around the sun, respectively. But while leap years have been employed in the Julian calendar since AD 8, apparently Julius Caesar’s system was not enough to keep the calendar from—over the course of centuries—drifting away the equinoxes. In the process, this threw the Catholic Church’s Easter season off the time it was originally intended to be celebrated.

On October 4, 1582, Pope Gregory XIII introduced a new calendar. The Gregorian calendar corrected the Julian calendar’s accumulated veer from Easter by, first; “jumping” from October 4, 1582 to October 15, 1582 the following day: and, second; by modifying which years qualify as a leap year.

However, centurial years in the Gregorian calendar may still qualify as leap years if these are exactly divisible by 400. This explains why the years 1700, 1800 and 1900 were not leap years, but 1600 and 2000 were. Using this computation reveals that the years 2100, 2200 and 2300 are not leap years—they may be exactly divisible by four and by 100, but not by 400. This means that perpetual calendar watches as we know them at present—they’re designed to recognize every fourth year as a leap year—would then need to have their dates adjusted on March 1, 2100, 2200 and 2300.

The year 2400 is a leap year, though, and so the perpetual calendar connoisseur need not bother to adjust the date for another century.