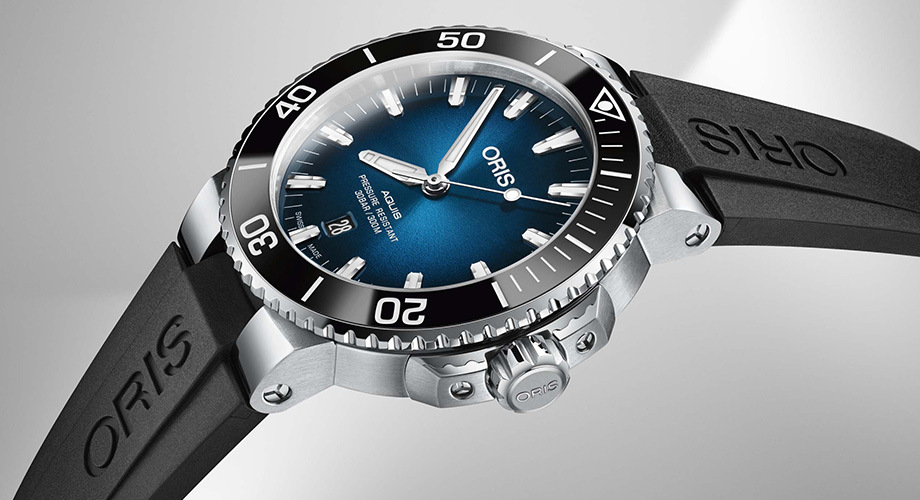 Oris has been making diver’s watches since the 1960s and has deep links with the underwater world. It’s no surprise, then, that Oris actually cares about our planet’s marine ecosystems. Which is why every year, the Swiss watchmaker partners with an organization focused on marine conservation. Last year was no different.

Clipperton Island is a remote and uninhabited 6 km2 coral atoll that lies approximately 1,100km south of Mexico’s Baja peninsula. Its waters are part of the migration corridor for a number of threatened pelagic species, including sharks, and the island itself is home to large breeding colonies of marine avians.

Known as the world’s most isolated landmass, Clipperton Island is French-owned territory and sits in the Eastern Tropical Zone (ETP) 10,677km away from Paris. Technically not an atoll but an island with a barrier reef, Clipperton has had no permanent inhabitants since 1945 and is so remote that its closest neighbor is the Socorro Island in the Revillagigedo Archipelago, some 945km away.

Despite this, the isolated French-owned island is under threat from severe pollution and illegal over-fishing.

A sad representation of human over consumption, Clipperton Island is presently choking in marine and plastic debris, with microplastics increasingly becoming part of its environment. But all is not lost. Despite all indications to the contrary, the atoll’s underwater ecosystem is characterized by a high rate of endemism and its coral populations are healthy and resilient.

Knowing this, Oris partnered with Canadians Michel Labrecque and Julie Ouimet of N2Pix (a company specializing in diving expeditions and underwater imagery), last year to save this essential part of our planet’s ecosystem. As a result, Oris is a major sponsor of The Clipperton Expedition 2017 Big Migrations 2, a ‘citizen-science’ project led by Labrecque and Ouimet designed to document the human impact on the migratory patterns of several species of sharks in the ETP and to raise awareness on the need to protect Clipperton’s unique ecosystem.

To reaffirm its support of the expedition, Oris has launched the Clipperton Limited Edition, a diver’s watch limited to only 2,000 pieces, a percentage of the funds raised from the sales of which are allocated to help fund the Big Migrations 2 expedition. Solidly based on the watchmaker’s famed Aquis series, the Clipperton Limited Edition has a screwed caseback embossed with a rendering of the Clipperton Island and its geographical coordinates, and features a 43.5mm stainless steel case, a screw-in security crown with crown protection, and typically boasts water-resistance up to 30 bar or 300 meters.

Powered by the Sellita SW 200-1-based Oris Cal. 733 self-winding movement, the Clipperton Limited Edition also features a uni-directional rotating bezel with a 60-minute counter on a black ceramic insert, a gradient blue dial designed to reflect the color of the waters around the atoll, a date function, and a ‘lollipop’ finished sweeping seconds hand filled with Super LumiNova to better illuminate running dive times.

Last year, a French ministerial order created a 12-nautical mile Marine Protected Area (MPA) around the atoll. But the expedition hopes, not only to extend the MPA further to 100 nautical miles, but also to declare the Clipperton Island a UNESCO World Heritage Site. And with one of the most prominent Swiss watchmakers seriously backing the expedition, those ambitions are this much closer to becoming a reality.