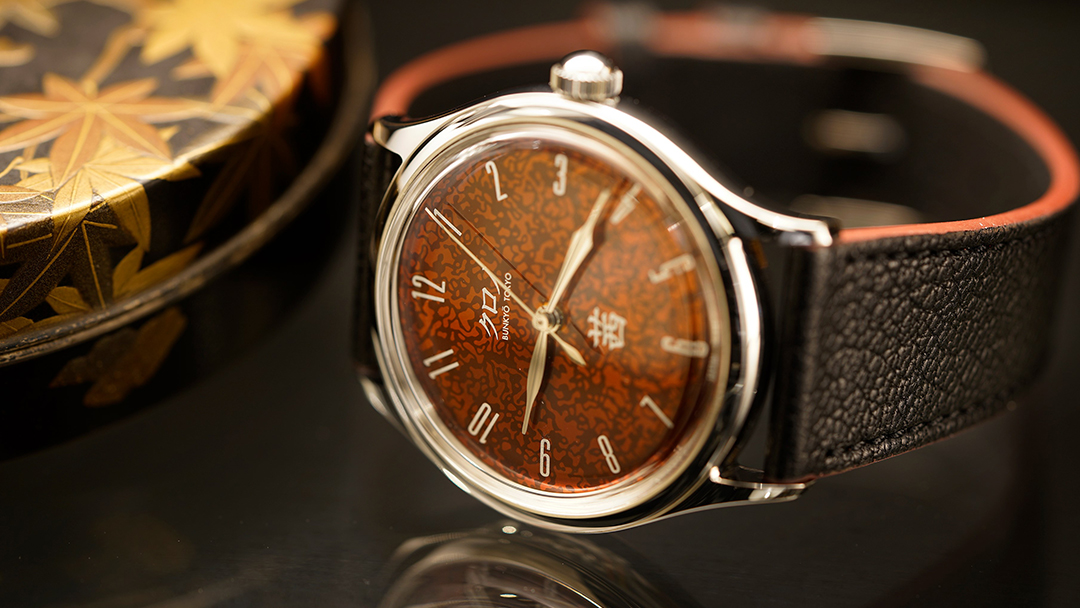 I love Urushi. The Japanese lacquer that is actually toxic needs special care in handling yet it allows craftsmen and artists an amazing combination of attributes. It is a hard substance when cured, hard enough to be used for everyday items that can take abuse. Yet it has a softness within that hardness. It can be shiny but warm and subtle. It has strength yet also a look that reminds you of looking into a pool of water that changes. And it does change. Depending on the specific type and treatment, you can have a surface that will change color or tone over the years as you look through a transparent layer to the deep rich color below.

This combination of attributes allows hugely interesting uses with other Japanese crafts. Maki-e, the art of using gold, silver, and other metal powders as a material for decorating, works particularly well with urushi. Raden, the use of bits of seashell, works wonderfully as well. This is actually what first drew me to Urushi, through books on fountain pens and the explanations and images of vintage Dunhill Namiki pieces. You would have crisp lines but also light dusting of gold powder. Mother of pearl would be arranged to catch light in a particular way as it got through the transparent layers to the pieces themselves and back. The feel of these pens is warm, not cold. They are as strong as they could be, yet look and feel like little treasures of craftsmanship in the hand.

I wasn’t always satisfied with Urushi in watches however. The material always had that warmth to it that just felt different under the sapphire crystal of a watch. When Seiko released their commemorative Presage Chronograph Limited Editions in either white Grand Feu enamel of black/red Urushi I chose to go with the white because of the visible flow of the material. The black Urushi looked so shiny and stark, it was a different experience for me.

When Hajime Asaoka decided to create Kurono Tokyo, the group first focused on very well made dials and cases that were made in many ways like your usual watches. They had a distinctive look and nods to the independent watchmaker’s very rare atelier pieces. They were though priced in a range that, as the sensei himself said, he could buy himself. They quickly became very hot items on the collector circuit.

It was the Grand:Akane though that really hit home. It was announced with stunning pictures of dials even before the watches themselves were shown, and I was hooked. I believe I had three gadgets running through two different internet systems when they were released for purchases/allotments. Such is the way of modern global buying.

The Urushi used in the Grand:Akane is as shiny and sharp as expected which is what happens when the wet lacquer absorbs moisture as it dries, but on this watch dial it also has texture. The base layer is treated in a special way to have a pattern that reminds of Hamon, the wave on a Japanese sword that moves along the blade. A Traditional Japanese Niiro (a patination process that translates as cooked color) chemical treatment was used on the classic reddish Urushi, then washed in cold water then sealed with suki-urushi transparent lacquer. The light red is meant to look the color of sunset (Daruma) and the lines and peaks of the Hamon pattern like the valleys and mountains of Japan. The character at 6 o’clock is “akane” or red.

The photos were stunning, but in person the dial is something else. Light makes it shine, clearly showing the pattern. But less light somehow brings out the richness and warmth, the glow of the familiar shiny reddish Urushi that will change as it ages and is exposed to UV light. All this takes place under a special box sapphire crystal that allows light to play.

The Grand:Akane (the word translates as deep red) is part of the “Grand” collection from Kurono Tokyo. The Grand watches are artisan-level timepieces, and the level at which the dials are judged by the Sensei (as those in the group refer to Hajime Asaoka) is such that the refusal rate was particularly high. Hajime Asaoka wanted the Kurono Tokyo timepieces to bring a higher level of craftsmanship and care to a wider group of those that would appreciate it, and the Grand line is above even that. Choices such as using the stalwart Japan-made MIYOTA 90S5 Premium Automatic Movement mean that the costs can be kept down and the focus be on the quality and finishing of the components, plus any servicing on this popular movement is relatively simple. The case is of highly-polished 316L stainless steel that shows the flow and complex shaping and finishing of the watch. The caseback is embellished with the signature of Hajime-sensei (that is what the team respectfully calls him) in bold Kanji alongside the impression of his one-of-a-kind Hanko stamp. The strap is smooth and supple, black calf leather with dark red sides that go well with the color of the watch face. The watch comes in a simple box wrapped carefully in a large piece of beautiful Japanese fabric.