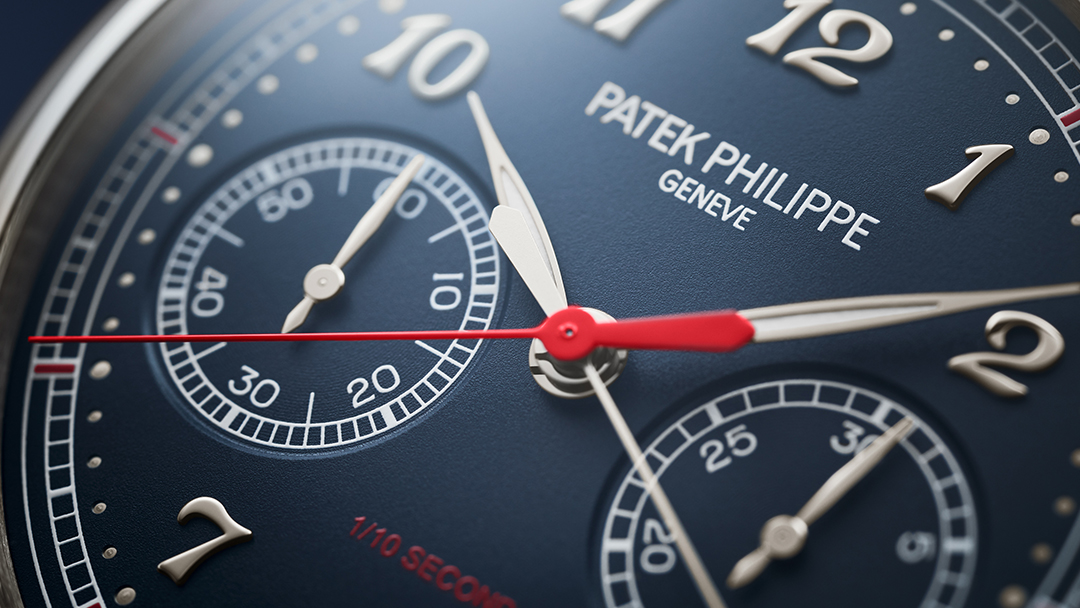 This isn’t actually about the watch, the new platinum piece that was released after the last big show (Watches and Wonders 2022 in Geneva). This is more about using that watch to explain who the Patek Philippe people really are.

This started because a friend of mine, an extremely well-respected business journalist, looked at me incredulously when I said that it made complete sense that Patek stopped producing the insanely-popular Nautilus model.

“They really don’t want to be known as the Nautilus company,” I said.

“Why?” he almost shouted as the calm Japanese restaurant patrons looked on. And it was probably more like “why the @#$% not?!”

So on I went about the Stern family and their place, position, and indeed responsibility in and to the watchmaking world. About the vision we have seen as the torch has been passed from one family member to another. About personal stories of challenges and historic moments and key decisions. About how past President and current honorary President Philippe Stern smiled as he thought about the time he found the old piece his son Thierry Stern (current President) used to play with when he would visit the office and decided that now was the time to hand over the reins. Abut how they plan ahead in terms of generations of people, products, and processes. And industries.

About how the Nautilus, as nice as it is, is nowhere even in sight of what makes Patek Philippe what is truly was, is and will be.

This new watch is a wonderful example of all that and more.

The 1/10th Second Monopusher Chrono (I will be shortening that name as I go) is obviously beautiful and balanced, and in a very classic and elegant way. “Fresh yet elegant” was how one serious collector described it when I sent him photos once I could. This is important, because there are several different types of people who buy and collect Patek Philippe. This watch is aimed squarely at the serious collectors, not those who have been drawn in by the unfortunate hype of the steel sports watch algorithm or the sporadic buyer. This watch is for the people you never hear about, but who regularly give their comments to the Sterns. From all over the world.

Technically, this watch is insane. It uses two separate chronograph mechanisms to power the two different-speed centrally-mounted seconds hands. This makes the watch more readable than if the seconds were inside subdials. That is a key point for Patek Philippe, there always has to be a reason for something they do, it needs to be in service to their higher goals of precision or consistency or reliability or thinness. In the case of different seconds hands in subdials spinning on their own, the feel for those watches from other brands is nice. But perhaps it isn’t…elegant. This new watch, with the two different seconds hands making their way around the dial face at different speeds is elegant. Smooth. All of this happening from the central location, by the way, isn’t easy to do especially when you consider that there are two separate chronograph movements at work. And the watch must be, as Thierry Stern is known as saying often, even thinner. There is a patent for the engineering needed for that design. That is one of seven new patents needed just for this watch.

Once the decision was made to try to create this watch, other technical challenges arose. Many do not realize that moving two full-length (not subdial) watch hands at those speeds consistently needs a good amount of energy, and for others this may be supplied by two sets of coiled springs in two barrels. This watch only has one, thanks in part to another previously-developed technology that is the extremely thin, not-metallic material named Silinvar, which Patek Philippe developed in their Advanced Research group and first used in for an escapement wheel and then moved on to other uses. By making the seconds hand light, the energy needed was reduced. They ended up choosing Silinvar as the material, which was never done and which presented other challenges that in turn ended up becoming patented processes of their own. The engineers and designers had to develop a way to properly treat and color the material in a different way as it was such a key visible piece, the traditional process of fire bluing or even painting would not be optimal. They also needed a way to properly secure this non-metallic piece to the center pivot system of the movement. Those developments produced another two patented processes on their own.

Further patent-producing developments include the need for a particular design of the barrel arbor that allowed reduced tension and yet increased energy, the 1/10th second driving wheel that needed a way to handle the backlash of this extremely fast movement, a shock absorber system for the pendulum that maintained consistency while still providing protection and a hook system to allow the use of the shock absorber system with the chronograph system (of which, remember, there are two.)

All this could have even done much more simply, but to do so would not have been following the demands of proper consistency or reliability or thinness. Something that surprises many is the fact that these insanely grand complications of Patek Philippe are so thin and wearable on the wrist. It is that thinness, as directed by President Thierry Stern now and his father before him, that dictates the advanced development needed for such watches, complications and technological breakthroughs.

To many that will see this watch onscreen and on paper, it will be a beautiful but simple watch with two subdials and an extra button and maybe an extra hand if they see it moving. To those that understand, they will see the mastery and marvel that needed to be created for this watch to exist, and they will see the long line of other marvels that were the shoulders on which these developments stand. They will see the guiding hand of those that have, for generations, steered with vision and guiding principle that surpasses mere market or profit or thought for just the next few years at a time. This watch was over a decade of development, with some amazing stories that came along with it.

Yet for Patek Philippe it was just the way they do things. Always have, always will.

“I understand a little better now,” said my friend.

“We have a long journey ahead, you and I,” I replied.