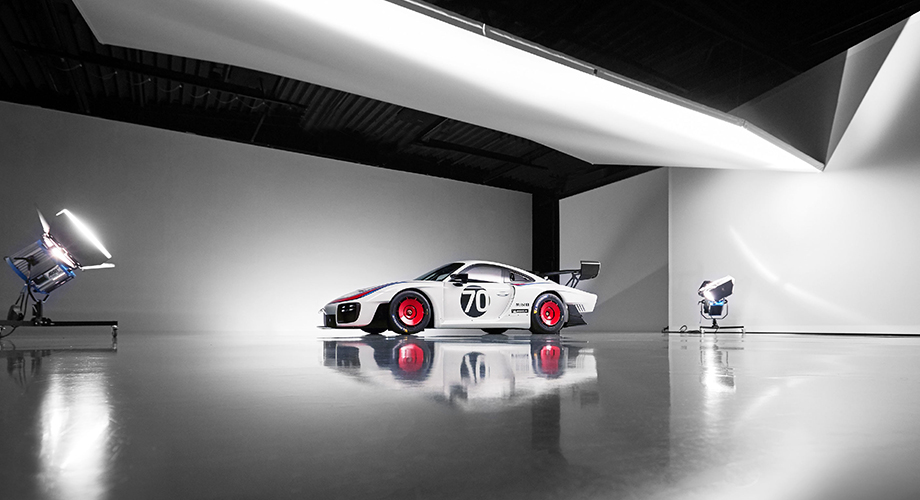 IT was a phenomenal party of Porsches, the paddocks packed with around 2,500 of Stuttgart’s finest — 356 Speedsters, RS Spyders, the 959 Dakar and 919 Hybrid, they were, all. Held at the storied Laguna Seca Raceway last weekend was the Porsche Rennsport Reunion VI, a four-day gathering that saw more than 60,000 enthusiasts cheer on (or at least, gawk at) the Porsches both on and off the track, as well as the brand’s works drivers from the last 50 years. The theme of this year’s event, after all, was “Champions,” and so the drivers were honored alongside the collection of cars for their contribution to Porsche’s more than 30,000 race wins to date.

And amid the festivities, a star was unveiled.

Porsche seized the occasion to introduce the new 935, the spiritual — and a dead ringer — of the fabled Porsche 935/78, or “Moby Dick,” Le Mans racecar. To be built in only 77 examples, the 935 re-edition is meant for club sport events and other private racetrack sessions, not for pro level racing. This is not a bad thing.

“Because the car isn’t homologated, engineers and designers didn’t have to follow the usual rules and thus had freedom in the development,” explains Dr Frank-Steffen Walliser, Porsche’s vice president for motor sports and GT cars.

The new 935 is actually the 911 GT2 RS garbed in a really fancy wardrobe; even its 3.8-liter, six-cylinder, twin-turbo engine is largely identical to the high-performance road car, spinning out nearly 700hp and 750Nm. This output is sent to the rear wheels via a seven-speed PDK gearbox fitted with paddle shifters.

The 1,380-kilogram car (it is lavished with carbon-fiber components) is hauled down from speed by six-piston aluminum monobloc racing calipers and ventilated steel brake discs for the front wheels, and four-piston calipers for the rear. The 935 retains the GT2 RS’s Porsche Stability Management system, which can be adjusted separately or switched off completely.

Hard to miss are the 935’s spectacular aerodynamic pieces which pay homage to those the defined the 935/78 racecar. At the front are fairings through which huge air vents are punched, while at the opposite end a massive wing extends to the side and way, way, way over the rear bodywork. Other details of the 935’s exterior also salute legendary Porsche racecars: aerodynamic caps on rims echo those of the 935/78, LED rear lights on the rear wing endplates were adopted from the 919 Hybrid LMP1, the side mirrors hail from the current Le Mans-winning 911 RSR, and the exposed titanium tailpipes modeled after on those seen on the 908.

More Porsche references can be found in the cockpit. The gearshift knob, made of laminated wood, mimics those in the 917, 909 Bergspyder and Carrera GT, while the carbon steering wheel, as well as the color display behind it, was lifted off the latest 911 GT3 R.

Serving as a ready proof of the 935’s high-action intents are a safety cage, a racing bucket seat and a six-point harness. There is no passenger seat (or a backseat, naturally), but if a customer wants one a unit can be optioned. Air-conditioning, however, is standard, guaranteeing that no matter how heated track day action gets, the 935’s driver will always have a whale of a good time.