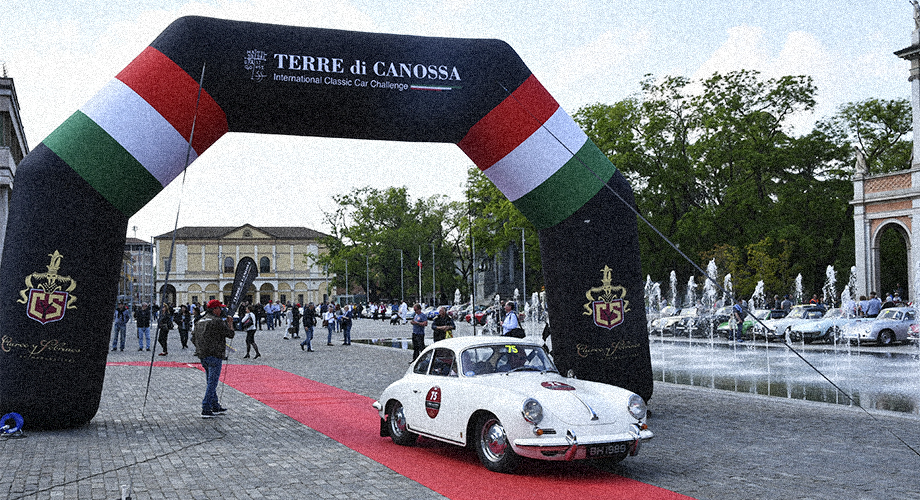 When the third week of April rolled around this year, the Italian roads around Emilia, Liguria, and Tuscany played host to the 7th Terre di Canossa International Classic Car Challenge. “The Terre di Canossa has made its name as one of the top events in the calendar of major timed trials around the world, and an occasion for enthusiasts to get together”, said Luigi Orlandini, president of the Scuderia Tricolore team and the visionary founder of Canossa Events.

If you’re going to do an automobile race with speed in mind, the area around Emilia, Liguria and Tuscany might well be considered ideal. After all, you can’t beat the countryside’s reputation for culture, wine, fine food, and tourism… actually, come to think of it, if I were driving through such a place I wouldn’t want to speed up at all. I suppose you have to have a certain strength of character to race through Italy.

Be that as it may, the Terre di Canossa International Classic Car Challenge has once again proved a success, and no doubt a pleasure for all those who were either racing, watching, or toasting their luck. The race ran from April 20 to April 23, and there were 30 teams from 14 countries in it. There were 27 vehicle manufacturers, and a total of 120 crews. All of this was not one throw of the dice, either. There were a total of 89 timed trials and one average-time trial, and they took place over some truly varied, challenging, and downright fascinating terrain. Even if you aren’t a driver yourself, you might be thrilled at the prospect of high-speed trials at Monte Marcello; and you’d have to be a blind man not to appreciate the spectacular view at the panorama of Monte Serra. Perhaps most appealing might be the timed trials on the ancient walls of 16th Century Lucca. And the landscape proved a stunning backdrop for the classic cars of the race, which have been called ‘masterpieces on four wheels.’ 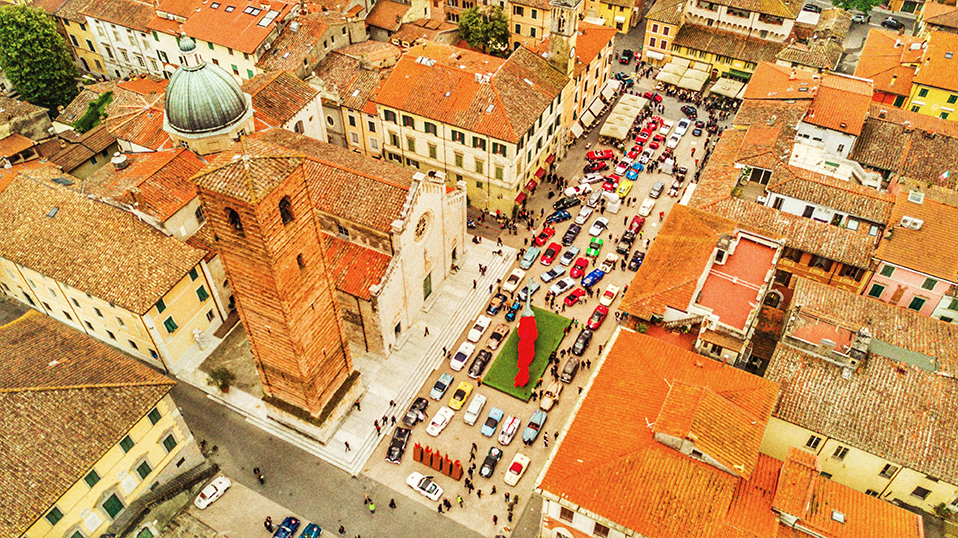 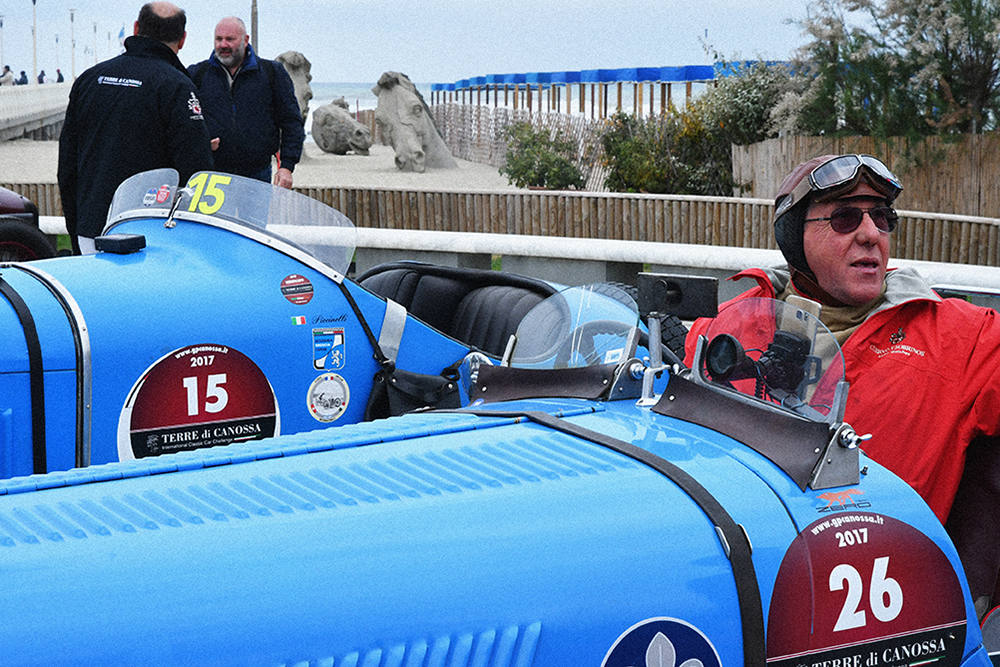 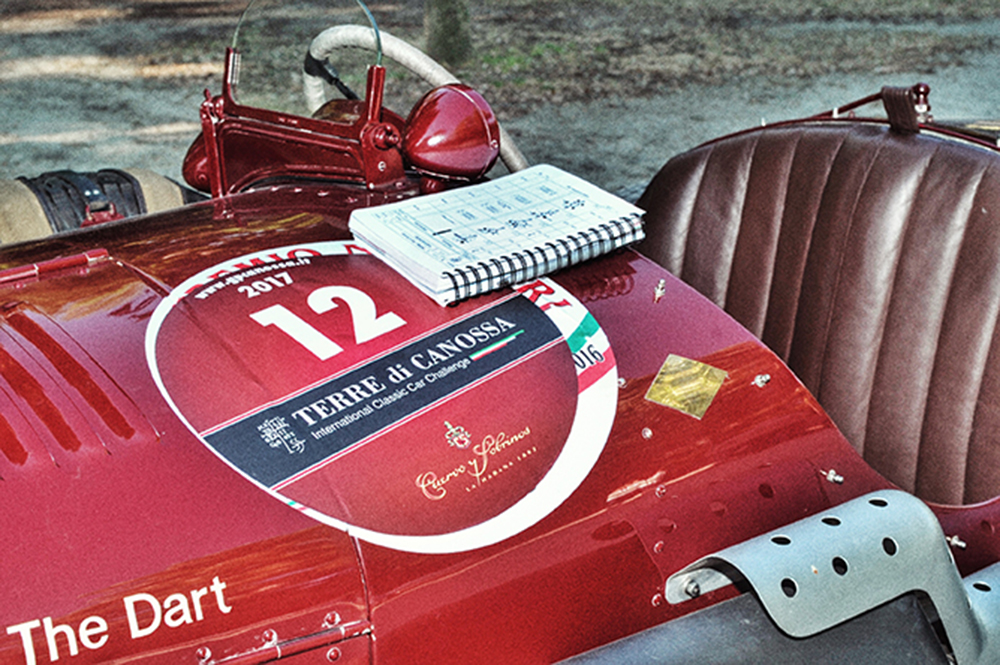 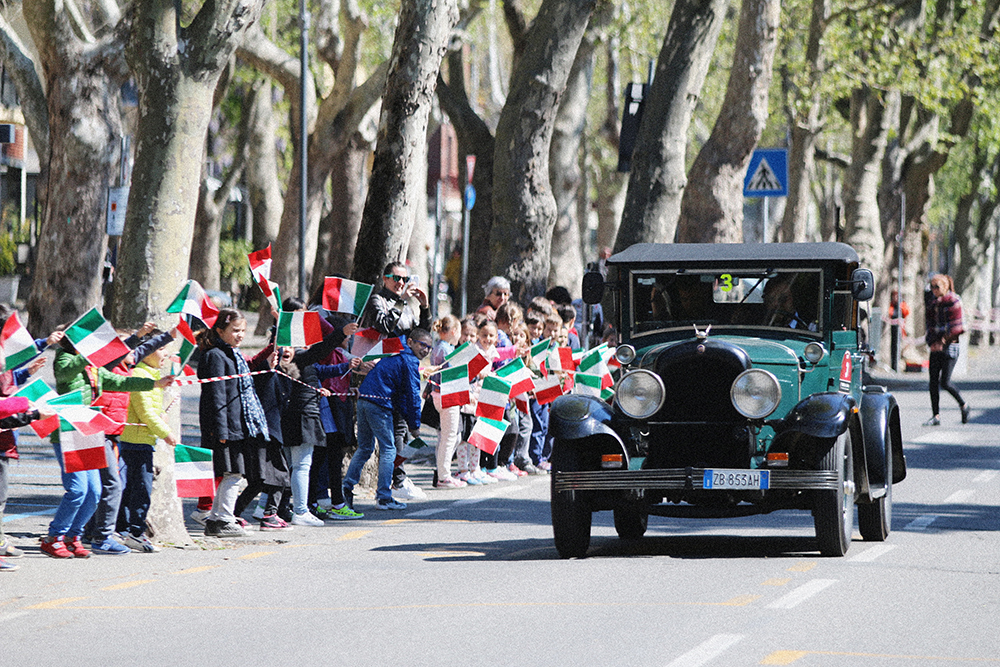 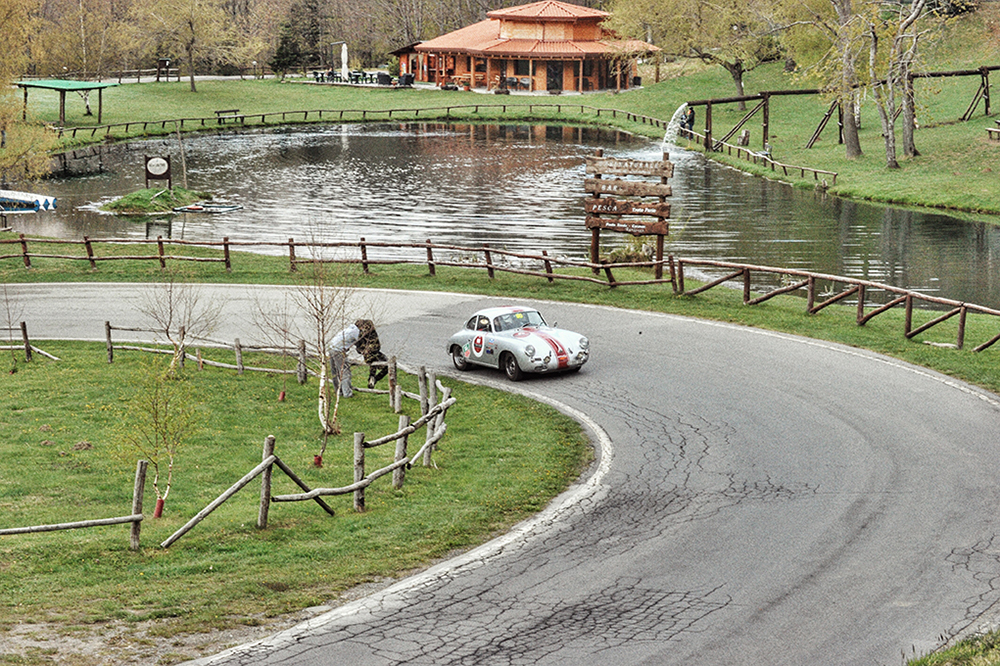 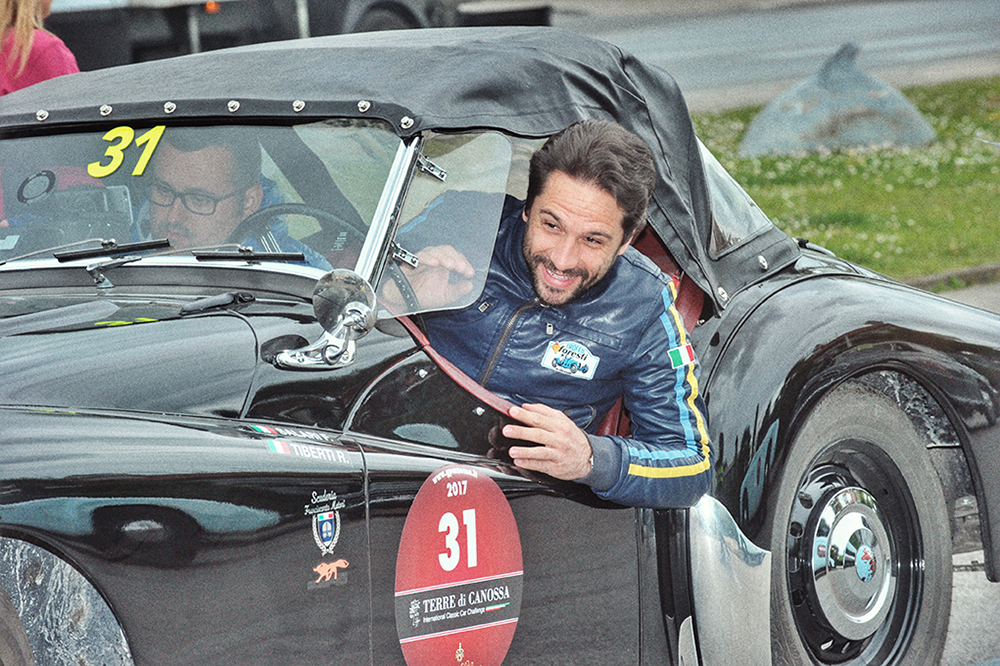 The first night saw a gala event held in the Palazza Ducale in Parma. The Palazza Ducale was built in 1561, and was once a residence for the Duchess Marie Louise of Austria. The next day, April 21, was the first day of the three-day races, and it began with a ride out of the Parco Ducale off to the mountains. A listing of the race sites reads like a travelogue of Italian culture, with the rigor of the time trials enhanced by the captivating allure of the surroundings.

But the overall victories were no doubt the sweetest. Third place went to John and Chelly Houtkamp, the Dutch crew of No. 24. Second went to team No. 8, Mario Passanante and Anna Maria Pisciotta (who were racing in a 1937 Fiat 508 C.) The first place went to the Italian champions, Andrea Vesco and Andrea Guerini, who were racing in a 1934 Fiat 508 S Balilla Sport. The two Andreas took the first place (as they have for five years running) as well as the cup reserved for pre-war cars. Cuervo y Sobrinos also gave them each a splendid “Robusto Cronometa” watch, so, Viva Italia all around.

And the landscape proved a stunning backdrop for the classic cars of the race, which have been called ‘masterpieces on four wheels.’

The Coppa delle Dame women’s cup went home with crew No. 45, Martina Montelbano and Caterina Vagliani, who were racing a 1955 Fiat 1100- 103. Cuervo y Sobrinos gave THEM a pair of “Caramelo” watches from the Cuervo y Sobrinos collection for women. It should be noted that the Terre di Canossa race was distinctly women-friendly, with 78 women competing in the race.

The race also made a distinct move towards being ecologically responsible; The Terre di Canossa International Classic Car Challenge implemented a Carbon Zero protocol this year. This meant that to offset the residual CO2 emissions from the automobile races, the race administrators planted new trees in the Tuscan-Emilian Apennines. The Terre di Canossa is thus the only ‘zero emissions” event of its kind.