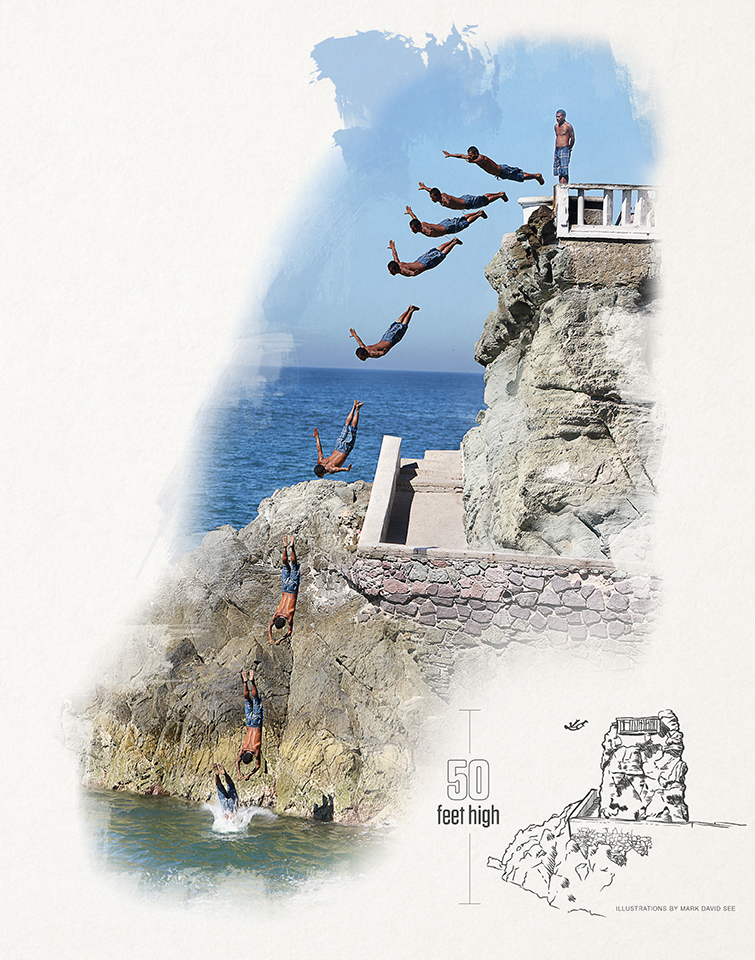 We have all seen the photos and even the videos of the famous cliff divers of Mexico. Those who wait atop the rocks until the tides are just right then dive straight down into what is hopefully an incoming wave. And when we saw the photos from our latest travelling contributor and longtime Calibre friend Juan Mari Arriaga, we thought that his capture of the guy at launch was great but that was it. Then he explained.

In this case, the diver ( El Clavadista or cliff diver) isn’t going straight down. He actually has to launch himself outwards to clear the rocks, walkway, and rock wall before he even has a straight downward shot into the water. The water here is only six feet deep at best. So the divers need to take into account not just the timing of the tide but also angle, force, even the wind that can  unexpectedly shorten their outward motion and put them into that cold hard rock wall instead of the soft water. The clavadistas come from families that have been doing this for generations, and they begin diving as early as six years old.

The Spanish word “clavo” translates to “nail.” So the clavadista is someone who “nails it.”