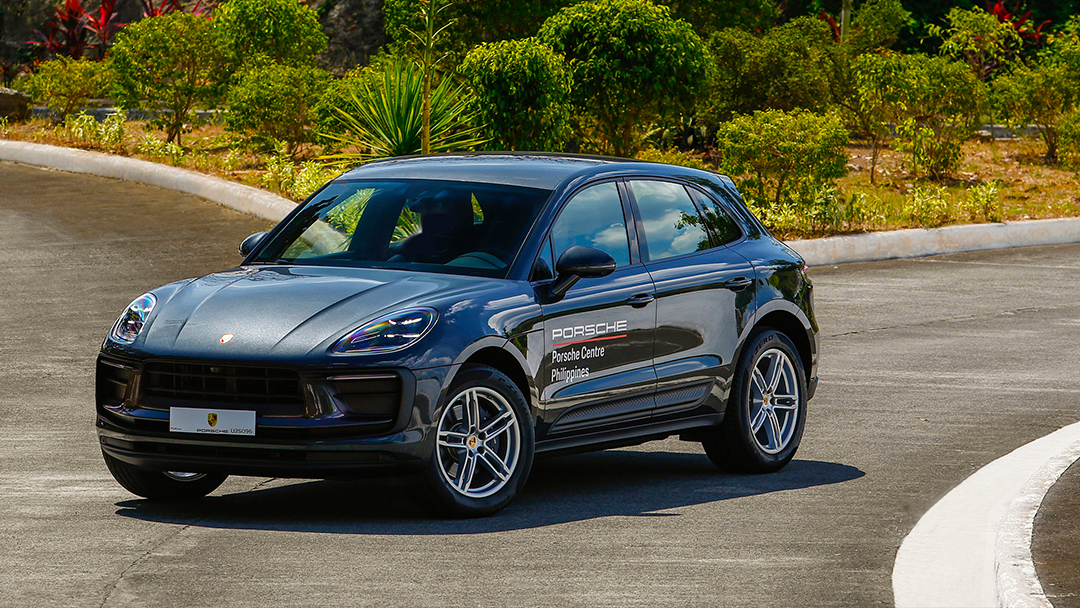 Since its launch in 2014, the Porsche Macan is and remains the ultimate sports car among compact SUVs — one proof of this is the model’s sustained popularity, with more than 600,000 units sold to date. Last year, Porsche celebrated a record year with deliveries of 301,915 vehicles worldwide, and the Macan comprised nearly 30% (representing 88,362 units) of the brand’s total sales.

A key factor in this phenomenal demand is the model’s significant evolution, achieved through continuous improvements and updates. Now, Porsche introduces the New Macan, and this latest version is defined by increased performance, a sharper design and a new operating concept. In the New Macan, the highly sought-after model has become better than ever.

As can be seen on its sloping sports car roof line, broad-shouldered rear and seamless taillight strip, the New Macan retains its distinctive Porsche DNA. Yet the New Macan bears sharpened visuals, thanks to a number of specific changes.

The latest model’s redesigned nose with an inlay in body color emphasizes the New Macan’s width, making it look even more imposing on the road. New LED headlights with the Porsche Dynamic Light System (PDLS) also redefine the model’s front end. The sideblades, a characteristic feature of the nameplate, have been updated with a three-dimensional surface structure and are painted in Lava Black as standard.

In the New Macan’s newly designed rear section, the bumper has been reshaped to accommodate a striking black diffuser that now extends upward more prominently, resulting in an even sportier look. The taillight strip with integrated four-point brake lights using LED technology remains an unmistakable Porsche design cue. Rounding off the latest model’s aesthetics are the standard SportDesign exterior mirrors with V-shaped bases, 19-inch wheels, and additional 3D trim in front and at the rear.

As with every Porsche interior, ergonomics and the legibility of instruments are utmost considerations in the New Macan. Providing a glimpse of this approach is the updated design of the SUV’s centrally positioned rev counter, which has been derived from Porsche’s legendary 911. Also sporting new elements is the analog clock in the middle of the dashboard, another Porsche signature.

Immediately noticeable in the New Macan’s substantially enhanced interior is the redesigned center console. Its new operating concept now uses touch controls rather than buttons, and continues to offer many online functions and services as standard. Controls and access to these functions can also be done via the 10.9-inch full HD touch display of the Porsche Communication Management.

Highlighting the New Macan’s dynamic character are the model’s shorter gear selector lever sitting at the center of the clearly structured control module, and the multifunction Sports steering wheel with gearshift paddles. New Comfort seats with electric 14-way adjustment for height, squab and backrest angle, and fore/aft position secure the driver and front passenger in place while offering luxurious accommodations.

Powering the New Macan is a 2.0-liter inline-four turbocharged engine which has been completely redeveloped to extract maximum performance. Producing 265 hp from 5,000 rpm to 6,000 rpm, and 400 Nm of torque from as low as 1,800 rpm all the way up to 4,500 rpm, the engine not only delivers ample power, but is also fuel-efficient — a high-pressure injection system allows for multiple injections of the tiniest amounts of fuel. The engine’s low weight also means reduced load over the front axle, leading to dynamic advantages.

In the New Macan, drivetrain developments continue to move forward. Complementing the model’s engine is the Porsche Traction Management (PTM) active all-wheel drive system which has an electronically controlled multi-plate clutch. The system enables power coming from the engine to be variably distributed between the drive axles, guaranteeing supreme traction, agile performance and safety even in adverse conditions. Contributing in this regard is the Porsche Stability Management. The standard seven-speed Porsche Doppelkupplung (PDK) transmission ensures extremely fast gear changes to take place without these interrupting traction.

Extending the New Macan’s set-up options for its chassis, engine and transmission is the Sport Chrono Package with Mode switch. The newly designed Mode switch with Sport Response button on the steering wheel can be used to choose between four driving modes: Normal, Sport, Sport Plus and Individual. The Launch Control function enables optimum acceleration from a standing start, while the Porsche Torque Vectoring Plus (PTV Plus) improves driving dynamics and stability, particularly on bends. Also aiding in sharpening up the vehicle’s steering behavior are the variable distribution of engine torque to the rear wheels, and the electronically controlled rear differential lock.

Like every Porsche, the New Macan is capable of pushing limits even further and delivering a thrilling drive always, making it the sports car of SUVs.