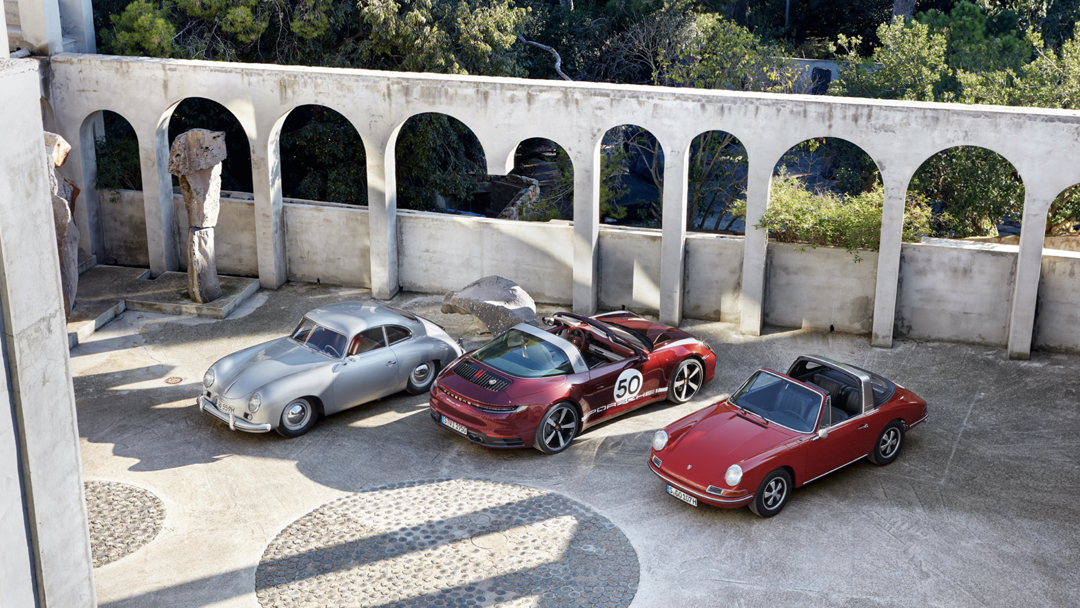 Racing is the answer to everything.

Well, not everything, but in terms of how Porsche thinks, the racetrack is where technologies go to be born, grow up and be tested.

There is a figure near the upper quarter of percentages that is said to be the number of Porsches still on the road. 700,000 out of roughly a million 911s. That is a phenomenally high number of machines that now and forever will run on internal combustion. Liquid fuel. Yes, some of them may be converted to electric power but not that many probably.

So what do you do?

Porsche’s answer is to go to the racetrack as their test bed for yet a whole new technology.

Porsche want to create fuel. They call it eFuel.

Environmentally friendly fuel that doesn’t take from finite resources, and isn’t processed using environmentally damaging technologies. One of their goals is to be as close to carbon neutral as they can be from as early in the journey as possible.

They will be producing this new fuel with new facilities in different parts of the globe, the better to have access to renewable energy sources. Basically, in this case, wind farms. The wind farms, located in Chile, the USA and Australia, will provide the electricity needed to run the machines and processes to create what is effectively a liquid synthetic fuel that can replace petrol or gasoline. The process, extremely simplified, is to take water and split it into hydrogen and oxygen using good amounts of electricity. The hydrogen would be combined with carbon dioxide to create synthetic methanol, which is then used to create synthetic petrol.

These facilities are becoming part of the Porsche family through a 75 million US Dollar investment in HIF Global LLC. HIF is a holding company for project developers of efuel or synthetic fuel production facilities. The money Porsche is putting in will help fund the development of facilities in the USA and Australia.

The all electric Porsche Taycan line gives extreme performance, but what do you do when you want to keep running classic Porsches such as this old 911?

Why this route, especially with groundbreaking cars like the Porsche Taycan gaining such acceptance? For one, old Porsches. So many of the cars are still running, it is in Porsche’s interests to keep this love affair going. But besides that, there is the extremely long electrification timetable. While urban centers may go electric quicker, whole swathes of countries and countrysides will just not find it feasible any time in the near future to abandon internal combustion. Additionally, many industries such as aviation, shipping and long-haul logistics cannot easily or quickly take advantage of electric power. Synthetic fuels can address all these needs without too many issues and while lowering the net negative effect on the environment.

And racing? The Porsche Supercup series is already running on a synthetic biofuel that is considered generation 2, and is close to what Porsche engineers say they will be producing within the year.

While Porsche has made great headway with enthusiasts and consumers happily accepting electric energy for daily (and exciting) drives, they have also been testing renewable and environmentally friendlier liquid fuels on racetracks and in races.

Now what about the old Porsches, and old anything? The beauty of this system is that the eFuel is pretty much a straight replacement at the pump station for anything currently running. For older vehicles, care may need to be taken to check that certain seal materials and such are up to the different mixtures that will be going through and around them. It is pretty much like what happened when they tried to use ethanol before. Proper checking, perhaps more maintenance or the use of specific additives.

This is not a Porsche-only solution. Other carmakers and mobility companies have been in discussions, and there is much interest. But what there won’t be yet is volume. Porsche does not foresee being a major supplier just yet, for now they will concentrate on getting more race series using the fuels. Remember, Formula One will go alternative fuel in a few years as well.

Porsche believes that if we want to use our internal combustion engine cars, whether for fun like Porsche or for daily transportation in much of the world, we need to have a system with a better carbon footprint than fossil fuel. EFuel produced cleanly and properly can be that answer.

“The last car built on earth will surely be a sports car.” ⁠— Ferry Porsche

Introducing The DBR22: Celebrating A Decade Of Exclusivity And A Lifetime Of Thrilling Open-Cockpit Sportscars