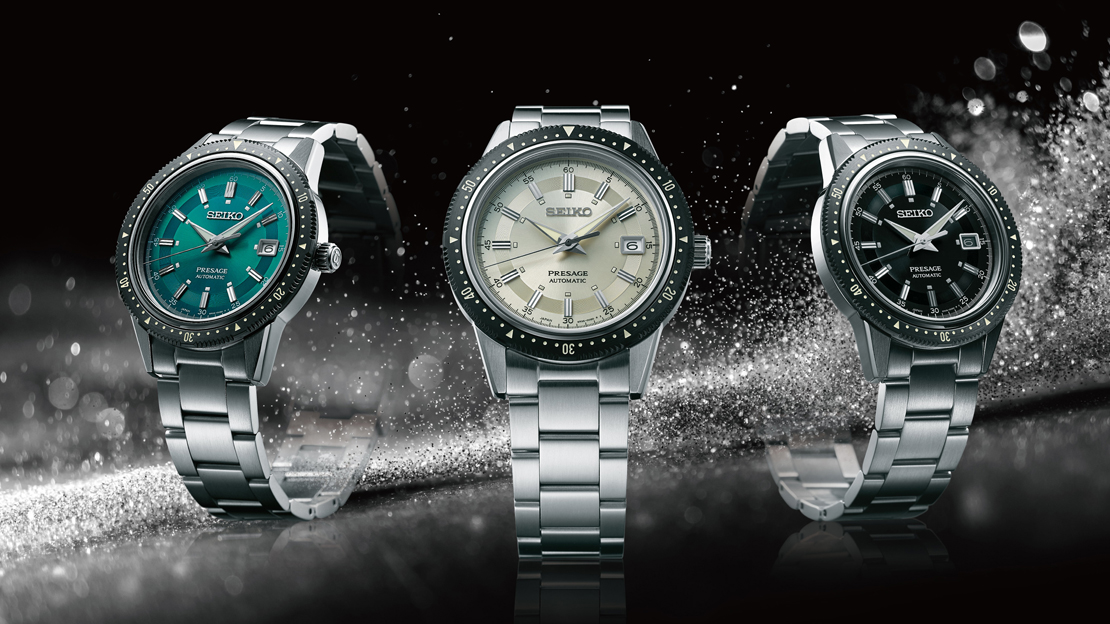 The year was 1964, and Japan was hosting an international sporting event for the first time. This would be a major achievement and a chance to show the world what Japan could do. The whole country would be on display, not just the sporting venues, but how the country and its people would play host to all the athletes and guests. A special timepiece was needed to not only track the time of the competitions but to commemorate the event itself. Thus was created the Crown Chronograph.

Presage combines the Japanese design aesthetic and skilled craftsmanship with the Seiko traditions of watchmaking. These Presage Prestige Line limited-edition watches will pay homage to the 1964 watch by, no surprise, having only 1964 units available.

The Presage homage pieces are as close to the 1964 Crown Chronograph original as possible. The piece is a three-hand mechanical watch. The dial has the Arabic numerals and the narrow bezel. Even the gradations on the dial are reproduced faithfully too.  Each watch has the date window at the 3 o’clock.  The case is slightly tilted so it sits more securely on the wrist. The watch is also highly legible, thanks to the Lumibrite on the indexes. The watch is powered by the 6R35 caliber, and has water resistance of 10 bar.

The homage has served its purpose – these Seiko Presage 2020 limited edition watches show great respect and honor to the original Crown Chronograph. You’d be proud to have one on your wrist.