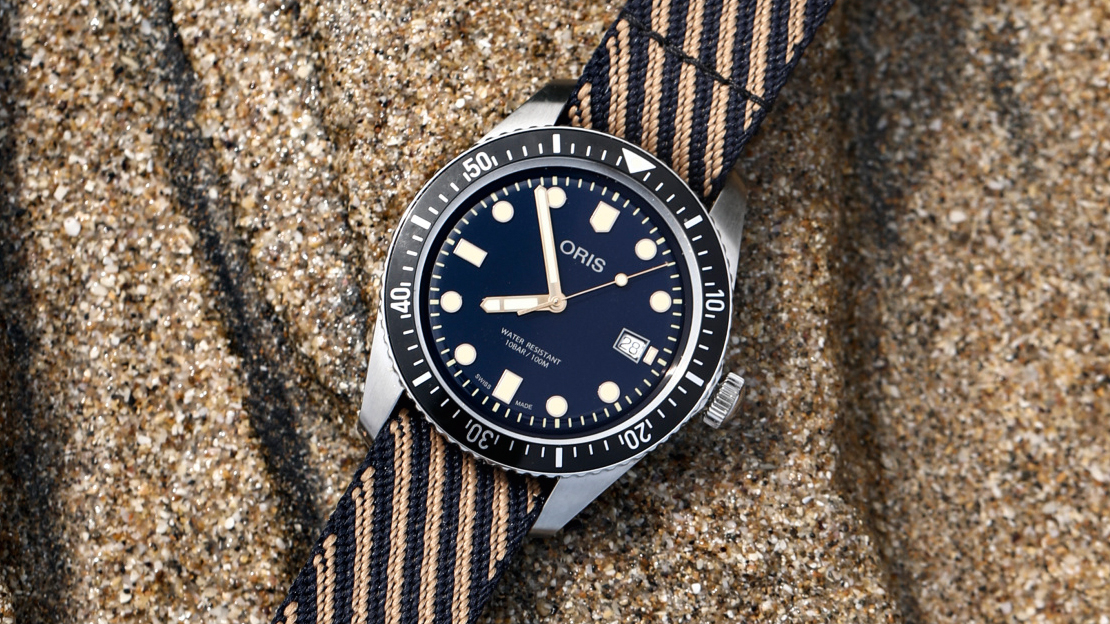 Just as one piece of trash can lead to a sea of rubbish, efforts to clean up the Earth’s waters can also start with a single step — even if the journey toward this goal takes a thousand nautical miles. For independent Swiss watchmaker Oris, this step in recent years has meant partnering with numerous non-governmental organizations in initiatives concerning the conservation of the world’s oceans.

Along with this, Oris has committed to doing its share in addressing the planet’s plastic problem. Citing statistics from the United Nations Program, the watchmaker says eight million tons of plastic wastes enter the world’s oceans every year. That’s plastic that very obviously has been improperly disposed of, which is literally such a waste considering the resources needed in making plastic — like oil and gas — are dwindling. And this is why Oris says it seeks to recycle plastic before it ends up as trash.

Now, mixing together its nautical protection advocacy with its “Go Your Own Way” watch-making mantra, Oris has announced a version of its Divers Sixty-Five that’s worn on a strap made from r-Radyarn — basically a recycled PET polymer. The material is dope-dyed (a really eco-friendly way to color fabrics or polymer), bacteriostatic (so it should be clean), UV-stabilized (meaning it would retain its color) and determined free of harmful substances by Oeko-Tex Standard 100 (a global testing and certification body).

The use of recycled PET means there is no need to use scant — and expensive — resources to create new plastics. PET can also be recycled a number of times without it producing harmful emissions (according to Oris, every kilogram of recycled PET prevents the emission of three kilograms of carbon dioxide). Plus, recycling PET requires about half the energy needed to produce new PET.

Oris’s introduction of the plastic strap-kitted Divers Sixty-Five formed part of the watchmaker’s participation in the World Clean-Up Day 2018, an event in which people across countries gather to clear man-made waste from nature. This year’s edition, held on September 14 and 15, saw Oris boost its involvement in the activities. Around 15 of the company’s subsidiaries took part in the project, gathering 1,000 people to clean up their towns and coastlines.

Oris in 2017 had 80 volunteers who collected litter from rivers and roadsides in the area surrounding its headquarters in Hölstein. Joining them were Oris partners from Taipei, who took to the beaches to remove waste from the shoreline.

The brand’s chairman, Ulrich W. Herzog, says that while Oris is proud of its watch-making traditions, it is also “very passionate about bringing change to our world for the better, and in particular about conserving the world’s environment.” He explains a mechanical watch is a sustainable product, using energy its wearer creates, and is built to last for generations. The chief also cites Oris has not made a quartz model with a disposable battery since 1995.

Herzog notes that bringing out a Divers Sixty Five with a recycled strap is consistent with Oris’s long-term strategy, the first steps of which were taken last year as the company began using a watch box made of regenerative algae, and straps fashioned from sustainable leather. This means, then, that the journey of a thousand miles has clearly begun for Oris.