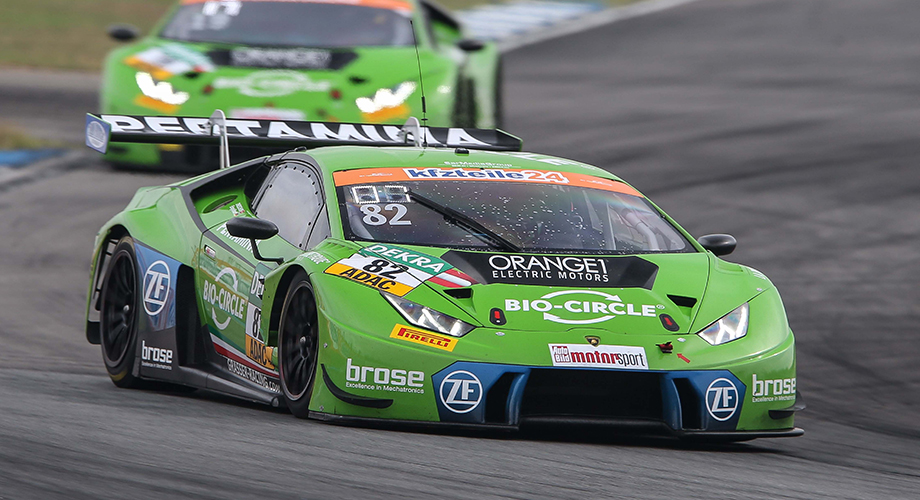 The past weekend was indeed a productive one for the Lamborghini racing team. They not only raced and won, their team competed in races in four different places. Spreading the support for the team may be challenging for some, but not for Lamborghini. After all, you don’t get to be the best by taking the easy road.

The FFF Racing Team by ACM Lamborghini is an international team in spirit and in roster, and they showed dominance at the Shanghai International Circuit in the Jiading District, Shanghai. The circuit is best known as the venue for the annual Formula 1 Chinese Grand Prix but also hosts other motorsport races. Croatian racer Martin Kodric and Dutch racer Dennis Lind persevered in the second Blancpain GT Series Asia race in Shanghai, China. Thanks to the strong finish, they now carry a 12-point advantage into the season finale in October. Japanese racer Hiroshi Hamaguchi and Italian racer Marco Mapelli came in just 1.2seconds behind, solidifying the 1-2 finish for the team. Hamaguchi and Mapelli lead the ProAm standings.

The Autodromo Nazionale Monza, or simply Monza, is north of Milan, in Italy, and it was the scene of two podium finishes for the Imperiale Racing Lamborghinis. Italian racer Ricardo Agostini and Dutch racer Rik Breukers finished third on Saturday, with Dutch racer Jeroen Mul and Italian racer Giovanni Venturini repeating the placing on Sunday. Chinese racer Jiatong Liang and Italian racer Raffaele Giammaria claimed their first win in Pro-Am, with the Imperiale Racing Lambo.

The weekend was alive with activity and achievement, and no matter where in the world you happened to be, Lamborghini kept you busy. Here’s to more podiums in the coming races.