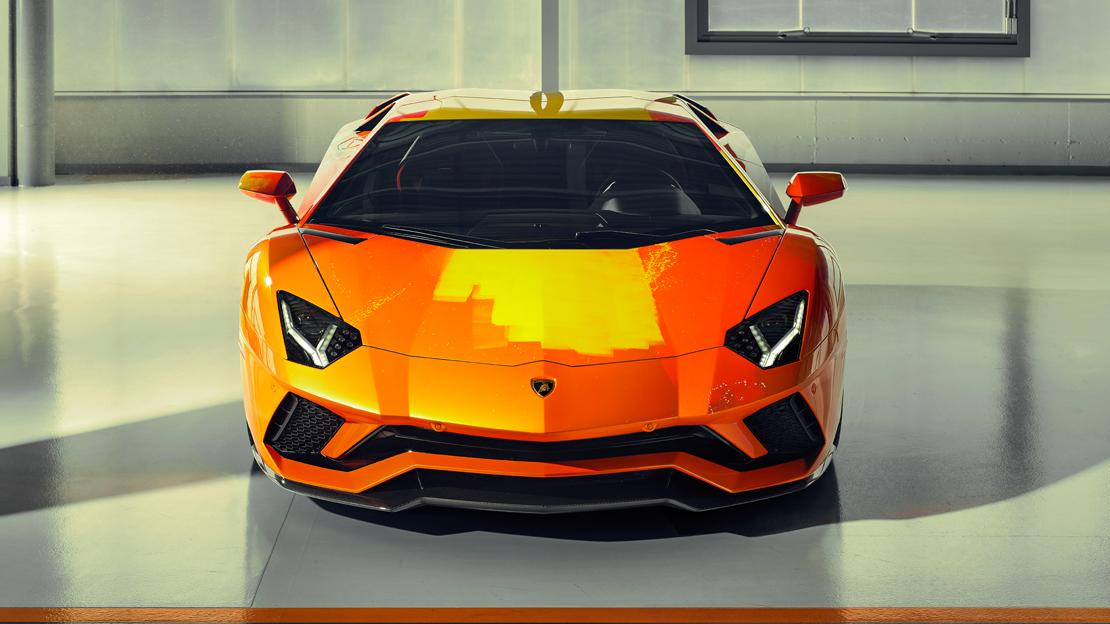 ANDY Warhol. Keith Haring. Jean-Michel Basquiat. Not a bad company at all for a “street artist,” — one who’s all of 19 years old, at that — to be mentioned in the same breath with. But, hype or not, this is how Skyler Grey is being billed. Forbes apparently even named him to its 2017 “30 under 30” list of most influential artists. And yet Google “Skyler Grey” and what comes back on top is Skylar Grey, the musician. Maybe Skyler’s publicists should work on his SEO or something.

Well, maybe his latest project will fix this. Lamborghini has tapped Grey (the street artist) to work on a pop-art interpretation of an Aventador S, which the carmaker exhibited at Monterey Car Week 2019. Basically, what Lamborghini did was give Grey the freedom to treat the car as a blank canvas for his — artists love this term — expression.

Certainly, the idea of a carmaker commissioning an artist to work on one of its cars is not exactly new; BMW has to date created 19 “Art Cars,” as the project is known, since 1975. The first six pieces, made by (in order) Alexander Calder, Frank Stella, Roy Lichtenstein, Warhol, Ernst Fuchs and Robert Rauschenberg between 1975 and 1986 are powerful, genuine one-dimensional abstractions which transformed into multi-dimensional objects. These are not merely 3D in the sense the artworks drape over cars; these transcend physical forms as the delineation of which is car and which is painting is removed. These are concepts, a premise, provocations. Jenny Holzer’s 1999 piece — a personal favorite for its originality — is as compelling as the first six Art Cars are. In contrast, the rest are mostly just cars with fancy paintjobs.

And that basically sums up the risk involved in a project of this nature. Get it right and the result is Art History material, get it only half-right and it’s some hot rod museum that beckons. Pop art ain’t kitsch.

Grey’s Aventador S treads on this precarious edge separating provocative from pedestrian. As a street artist, Grey does not confine himself to a medium — or technique, for that matter. His tools are not in the least bit “classical:” airbrushes, spray guns, paint rollers, stencils. Handed a screaming orange (Arancio Atlas) Aventador S on which to work, Grey deftly deviated from the traditional, usually symmetrical (or even asymmetrical) patterns marking out custom cars and racecars. His is a spontaneous burst of broad strokes, splotches and drippings, a random mix of painterly touches, spray gun applications and graphic renderings. Lamborghini’s bulls figure prominently throughout the car, complemented by an homage to Warhol’s Campbell soup can (only this time it reads Lamborghini rather Campbell). The addition of text, perhaps unwittingly, is vaguely evocative of Jasper Johns’ stencil work.

Where Grey falls short of the Pop Art and abstract advocates’ works seems to be in texture. Grey’s ministrations appear to lack neither impasto nor intaglio flourishes. But, then, these techniques rarely, if at all, appear in street art anyway. To expect these from Grey’s work can be unfair.

In any case, the result is, frankly, not as provocative. But what is visible and palpable in Grey’s Aventador S is a definite and very deliberate sense of energy. Perhaps just as important, the piece is irreverent, as unabashed as the Aventador S — and, well, Lamborghini, for that matter.

No, we stand corrected; while it is true the Aventador S is a canvas on which Grey worked, it is by no means blank. It is a powerful artform by itself, at once audacious and humorous. Yet Grey managed to add 50 shades more to this palette. And this alone should qualify his piece as a work of art.