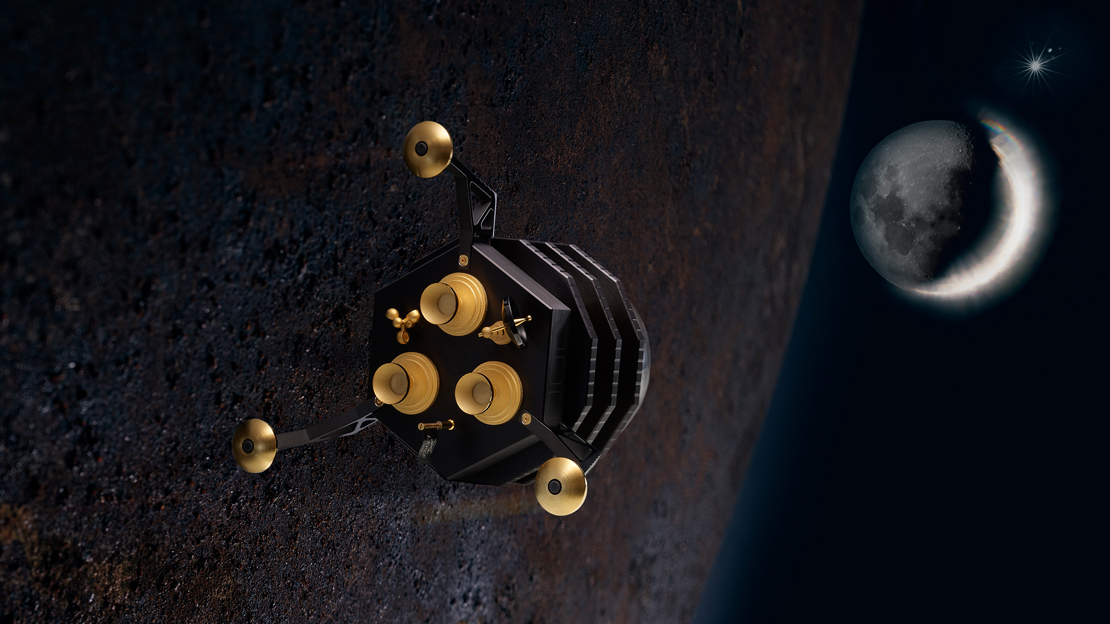 FIFTY years ago today, chances are the world has not yet gotten over the thrill, the very idea, of having caught on television sets fuzzy images of an astronaut climbing down the Apollo lunar module “Eagle.” From Kitty Hawk to the Moon — man managed this in less than seven decades. It’s this feat which L’Epée celebrates this year with its Space Module. The company has again relied on its juvenile, hyperactive imagination to create a stylized Apollo lunar module, one that is polished and sleek and which actually looks capable of space flight. Let’s be honest here; that moon lander thing looks like a patched-up jobbie at best.

L’Epée, of course, is a clockmaker (it has been practicing its craft in Switzerland for 180 years now). But L’Epée is also more than a clockmaker. And the Space Module is no clock. It is an awesome modular weather instrument that would not seem out of place in a Jules Verne tale, if only the novelist’s illustrators had access to CAD. The Space Module, fitted with sensors, combines a hygrometer, a barometer and a thermometer. It’s a mechanical weather station device that reinterprets the tiered structure and landing gear of a lunar module. It has no electrical component. A lone calibration screw is assigned to each instrument — that is all the adjustment tool it has.

The three instruments are stacked atop one another, joined together by means of bayonets and magnetic bolts to form the lunar module shape. All operate autonomously. They are fashioned from lightweight materials; aluminum, mostly.

The barometer sits on the topmost tier, covered by a domed crystal canopy. It indicates between 980Hpa and 1040Hpa — the higher the value indicated by the hand, the better the weather. The hygrometer is at the lowest tier. This instrument indicates the percentage of humidity in the air — from 0% to 100%. Sandwiched in between the two instruments is the thermometer, which reads out a range between -10°C and +50°C. The readout is also shown on a dual scale in inches of mercury and Fahrenheit.

At the Space Module’s base is the “landing gear.” Placed in between these three stems are an anemometer that measures the wind, and decorative touches like a satellite dish, three “propulsion engines” and a wired flag. Clearly, the Space Module’s designer, Martin Bolo, was having fun with this thing.

The Space Module stands 21 centimeters tall. It has a base 25 centimeters across, The entire module weighs 3.8 kilograms. This is no dainty piece.

Two versions of the Space Module are available, each made in only 50 examples. One has gilded pieces (dial, base and stand), the other have the same elements plated in palladium. Both have black anodized components mixed with polished, sandblasted, satin-brushed and engraved surfaces.

The Eagle has landed.