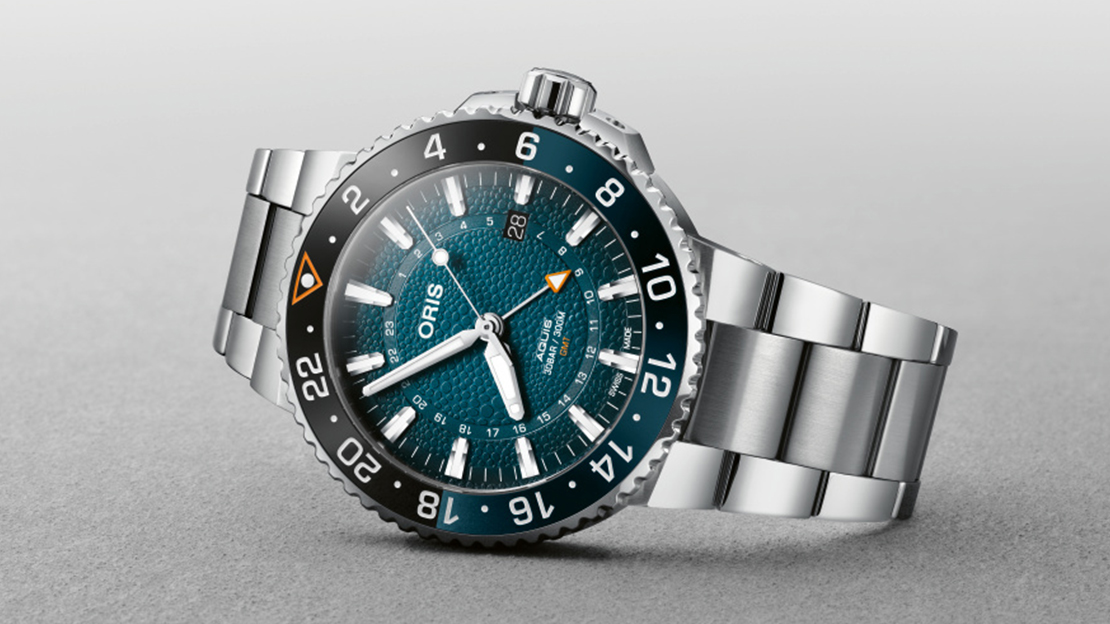 Watch enthusiasts are ever on the lookout not just for the next piece of wrist candy worthy to plop down some serious money on, but the psychic rationale for its purchase. Now this justification may be something they tell themselves or their significant other, but its importance cannot be discounted. At its core, this is tied to feeling good about the aforementioned acquisition. Basically, each glance at your wrist should make you feel warm and fuzzy inside – and not infuse you with buyer’s remorse.

Having said that, we think that Oris has been taking care of that department most nicely. In addition to a myriad of causes ranging from river cleanups to saving coral reefs, the Swiss independent mechanical watchmaker has been styling itself as a champion of nature.

Its newest beneficiary is, curiously, one of the largest creatures in the world – which is also one of the more threatened. The whale shark (or butanding in local parlance) is a magnificent filter feeder carpet shark and the biggest fish in the sea (a specimen reportedly measured 18.8 meters).

The Oris Whale Shark Edition, unfortunately limited to 2,016 examples (we think there should be more, just like the whale shark), is predicated on the Aquis GMT, which is given a gradient dial made to look like butanding skin. There has been some artistic reinterpretation, of course, and we think it actually looks like a curtain of bubbles while underwater. Either way, we will not quibble; it looks good.

Ensconced within substantial 43.5mm stainless steel case is a GMT scale top ring. It bears a date window and stop-second function. On the dial are Superluminova BG W9-fitted indices and hands that will let you know if you have enough time to catch the early evening news – even as you’re trying to keep up with that feeding whale shark beneath the waves. A sapphire dome with anti-reflecting coating covers the top; a specially engraved stainless steel caseback protects the innards of the timepiece. Water resistance is at 30 bar (more than 300 meters), helped along by a stainless steel screw-in crown.

During a recent online press conference where photographer, conservationist, and Oris ambassador and Gerardo del Villar talked about his adventures and efforts to learn about and save the noble whale shark, Calibre asked just how the Swiss watchmaker’s involvement will benefit these leviathans of the deep.

Del Villar said that Oris a “great ally for conservation,” by helping him mount an information campaign (comprised of video capsules and such) out there so that more people know about the large fish. Marine biologist Dr. Alistair “Al” Dove added that he’s happy Oris is onboard. “Corporate entities can be part of the problem or part of the solution… so vote with your consumer dollar,” he said. Dr. Dove clarified that the whale shark is not teetering on the brink of extinction, but it’s threatened nonetheless (technically, it’s endangered) – with a population down by 63% in Indo Pacific waters.

The culprit is, of course, man’s greed and indifference – from accidental fishing, to pollution, to our craving for shark fin soup. Some of these magnificent animals are also scarred by boat propellers.

Calibre also asked the wisdom of swimming with the butanding – a practice that has been made immensely popular in Oslob, Cebu where they frequently come in numbers. “You have to be with trustworthy (tour operators),” declared Del Villar, and he cited a “horrible” experience where he saw “around 5,000 people swimming with the whale sharks.” Dr. Dove warned, “There’s a risk of loving them to death.” While there’s nothing wrong with swimming with these gentle giants, experts remind us to “respect local rules of interaction.”

Being mindful of protocols, at the end of the day, these whale shark champions aver that if we swim with the butanding (which may live up to 150 years), we will fall in love with them.

So why not have an Oris to commemorate – and help save – these wonderful creatures?