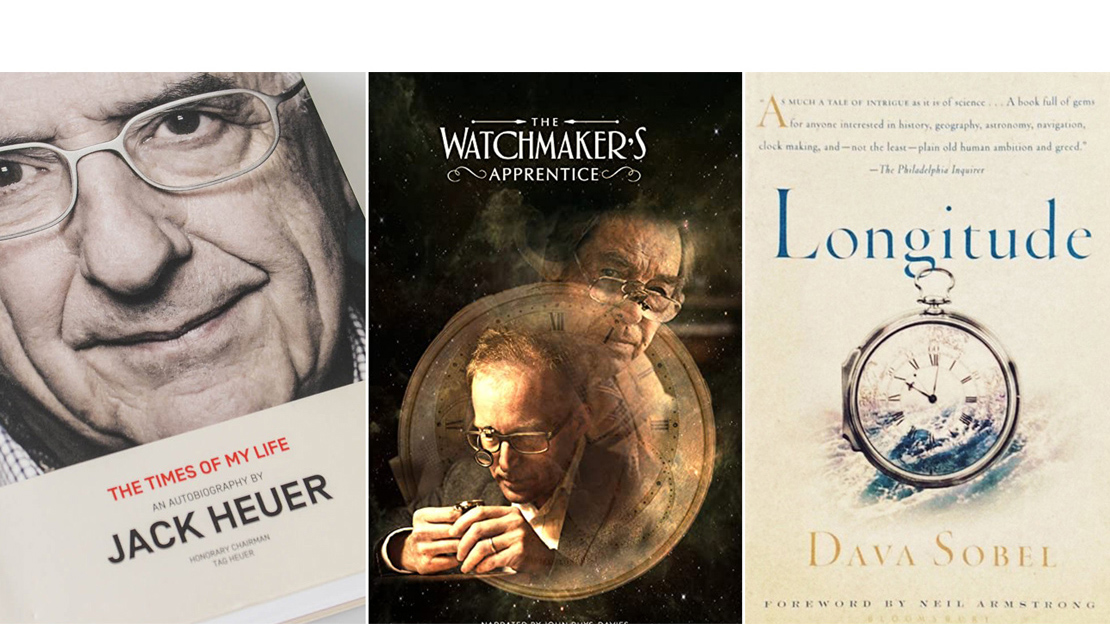 It is -16°C as I write this column, midway through the coldest winter I’ve experienced since moving to Toronto. Meanwhile, watch news has slowed to a trickle in the run-up to Baselworld and SIHH, or whatever terrible names they’ve been rebranded with. These are the doldrums, but I will refrain from writing yet another reaction piece to the outrageous prices of ordinary watches with turquoise dials. (Sadly, that is the biggest watch story of 2021!) Instead, allow me to recommend horological content in other media.

The Times of My Life: You Don’t Know Jack
Elsewhere in this issue of Calibre, we look at new watches unveiled by TAG Heuer to celebrate 60 years of the Autavia. Even more remarkable than this anniversary is the forthcoming 90th birthday of Jack Heuer, former principal of Heuer S.A. and great-grandson of its founder. In 2013 he wrote his autobiography, titled The Times of My Life, which was published by TAG Heuer. Links to the free PDF can be easily found with a brief Google search.

Swiss watch companies are notoriously secretive, so it is a rare treat to get a first-hand perspective from one of its brightest lights. We learn about Jack’s childhood and his endeavours post-Heuer, but the real meat of his story is the quarter-century in the family business. He gives detailed accounts on the creation of iconic watches, his pioneering forays into motorsports sponsorship, and much more. Less happily, Jack also recounts the desperation of the quartz crisis, eventual buyout by TAG, and his ouster as CEO. You can still sense the contempt that burns for Valentin Piaget, whose betrayal cut deepest. The memoir ends on an upbeat note, with his reconciliation with TAG Heuer and appointment as honorary CEO. The Times of My Life is a fascinating look into the man’s personality and attitudes, as well as a partial history of Heuer.

The Watchmaker’s Apprentice: Frustratingly Shallow
This entire piece was originally intended to be a review of the 2015 documentary, The Watchmaker’s Apprentice. It is about legendary watchmaker George Daniels, and Roger Smith’s years-long obsession to become his apprentice. But the more I thought about it, the weaker my recommendation became. Yes, it is a fascinating glimpse into the eccentric nature of Daniels, who is an exemplar of the word “boffin”. Unfortunately, it loses its way after Smith wins that apprenticeship, and wastes time on freshman-level metaphysical musings about the nature of time. How ironic! It also helps if the viewer is already familiar with Daniels’ story and achievements; otherwise, there will be substantial gaps in comprehension. Narrator John Rhys-Davies is ill-served by a lightweight script, and drowned out by an obnoxious soundtrack. It is a missed opportunity, especially as Dr. Daniels is no longer with us. Happily, my frustration with this film did lead me to rewatch the last horological movie that I enjoyed: Longitude.

Longitude: The Benchmark
Longitude is a TV movie from 2000, based on the bestseller by Dava Sobel. It is a gripping story about John Harrison’s quest to create a marine chronometer, and his decades-long political battles against the Board of Longitude for his just reward. I’ve written here about the subject before, but in brief: Determining longitude was the greatest scientific problem of its time, as both the lives of seafarers and the naval strength of empires depended on accurate navigation. There is also the parallel story of Cdr. Rupert Gould, a broken veteran who, between the wars, obsessed over the restoration of Harrison’s clocks. Sadly, this came at the cost of his family, his reputation, and the remnants of his mental health.

This adaptation has a star-studded cast, featuring Michael Gambon, Jeremy Irons, Brian Cox, and Bill Nighy. It is tightly-written, very well-acted, and the story is surprisingly emotional considering the apparent dryness of the subject. Whether you have a deep love or just a passing interest in the Age of Sail or clockmaking, Longitude is compelling, enlightening, and the best movie on horology that I have ever seen. It is available on YouTube—not DVD-quality (let alone 4K), but more than acceptable.