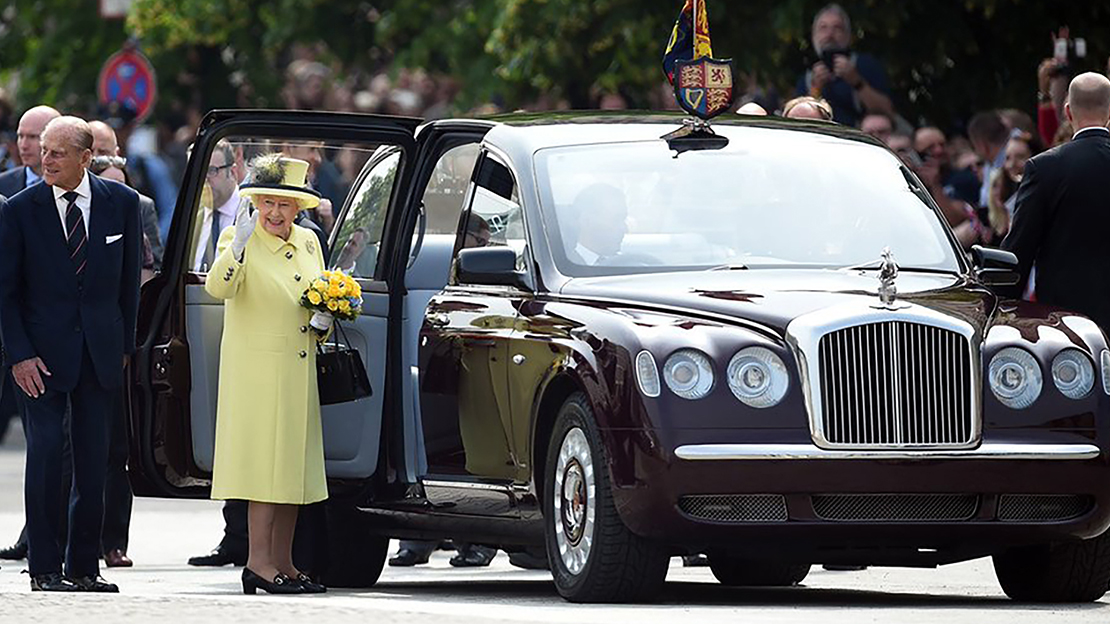 At the start of the 21st century British royalty shifted their mobility preference during formal occasions from traditionalist Rolls-Royce to the modern luxury of British marque Bentley. Marking this change were the Bentley State Limousines, which were unveiled by the Crewe manufacturer in 2002 to celebrate Queen Elizabeth II’s Golden Jubilee — the 50 years since Her Majesty’s accession to the throne.

Only two Bentley State Limousines were built, making these much rarer than the 18 Rolls-Royce Phantom IV that were made for royalty and other heads of state.

Designated as official state cars, the two Bentley State Limousines served Her Majesty up until her recent passing, and are also used by the Princess Royal, Anne, daughter of the Queen and Prince Philip, Duke of Edinburgh. The cars are used mostly on official engagements, and are always escorted by Royal Protection Squad vehicles.

The Queen also used the Bentleys to travel around the royal residences of Balmoral Castle and Sandringham House. In addition, Her Majesty typically used the Bentleys abroad in lieu of state cars provided by the host government.

The Bentley State Limousines are based on the Bentley Arnage, and were created according to the wishes of the Duke of Edinburgh, the Queen’s Head Chauffeur, and Her Majesty herself. The specially commissioned cars have remained in use for official engagements for more than two decades now.

With a coach built and handcrafted by Bentley’s bespoke division Mulliner, the Bentley State Limousines are designed around a “panoramic glasshouse” concept so that their occupants are very visible to people outside (for many, a glimpse of the royal car slowly driving past may have been their only opportunity to see the Queen). This means that, besides being more than 80 centimeters longer than the production Bentley Arnage, the Bentley State Limousines are also wider and higher. Their roofs are high enough that Her Majesty can walk in and out of the cars without having to stoop.

To make entering and exiting the cars even more effortless, their doors are hinged at the rear and open to a 90-degree angle. Other bespoke features include a mount point on the roof to allow for an illuminated coat-of-arms and a pennant, while flashing blue lights are fitted inside the radiator grille and on the front bumper, for occasions when the car needs to move quickly through traffic.

For Bentley, it was critical that Her Majesty remained comfortable in the State Limousines for long periods of time. So the cars’ rear seat position was determined using a model with exactly the same height as the Queen. A special stowage bin was also designed around the dimensions of the Queen’s favorite bags. Further helping is the Bentley Arnage’s relatively flat floor — a characteristic that also hallmarks the current-generation Bentley Flying Spur limousine and Bentley Bentayga luxury SUV.

British textile manufacturer Hield Brothers produced the lambswool cloth used for the upholstery of the rear seats, with all remaining upholstery rendered in Bentley’s light gray Connolly hide. The carpets are in pale blue at the rear and dark blue in front.

Because royal family members have to be protected at all times from attacks, the Bentley State Limousine’s bodywork and glass are specially strengthened. Their cabins are blast-resistant and can be sealed air-tight to repel a gas attack. Their tires are also reinforced with Kevlar to ensure the cars can still be driven at speed during an emergency. Powering the Bentley State Limousines are twin-turbocharged, 6.75-liter V8 engines which have been modified to produce 400 hp and 835 Nm.