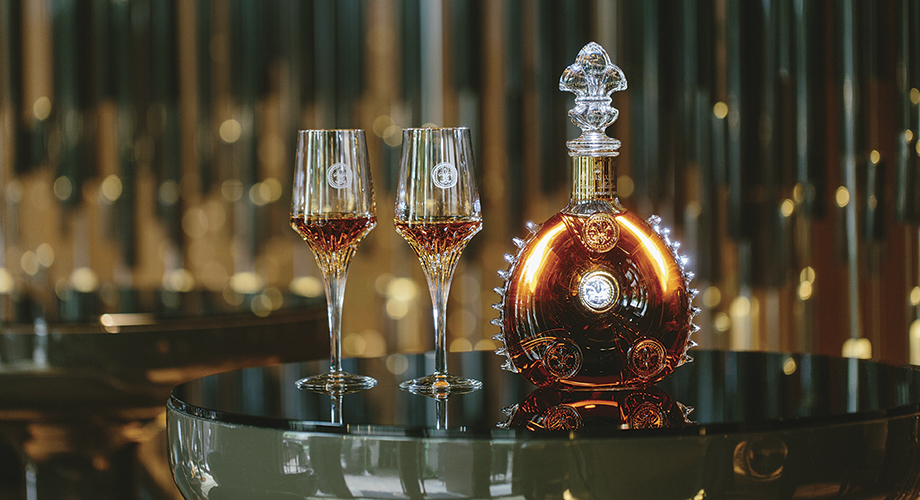 IT only makes sense that a product, most especially one which requires a hundred years to take its final form, be housed in a container that at the very least approximates its significance. And so such is the case with the Remy Martin Louis XIII cognac, which is matched to a decanter befitting the lofty stature of the special blend.

Named after King Louis XIII, who ruled France during the time Paul-Emile Remy Martin founded (in 1874) the brand of libations bearing the family name, Louis XIII has seen to date only a handful of cellar masters. Each of these men was tasked to select the oldest and best eaux-de-vie — “water of life”— from the house’s cellar in order to concoct a unique blend. The act is not as simple nor as easy as it sounds; to create and to live up to what defines a Louis XIII, a cellar master has to sift through an extensive range of choices, sampling the new eaux-de-vie produced by the best Grande Champagne winegrowers and distillers in Cognac each year, and setting aside those which he (and in one instance, she) deems as having the best potential to age well. It takes decades before the selection would be worked upon by the next cellar master, who may have to choose up to 1,200 eaux-de-vie to create a Louis XIII.

The present cellar master, Baptiste Loiseau, has just picked what he thinks are the best eaux-de-vie from which his successors in the coming decades will make a Louis XIII. This means Loiseau, just like the cellar masters who came before him, is unlikely to taste the fruit of his labor in its final form.

And time, in the case of Louis XIII, is poured from a special decanter — the house even refers to it as the “centerpiece,” one whose original design takes on “different magnitudes” depending on which Louis XIII collection piece it contains.

The decanters (or bottles) are actually fine crystals made by craftsmen in France — it takes 11 of them to work on one decanter. The decanter’s design takes after a royal flask found in a Jarnac, France battlefield in 1569, subsequently acquired by Paul-Emile Remy Martin centuries later, in1850. Adorning the decanters is a fleurs-de-lys motif, the symbol of French royalty, hand-pinched dentelle spikes and a neck ringed in 20-carat gold. The newer ones are also topped by a solid crystal fleur-de-lys stopper. And because these are hand-made, no two decanters are exactly the same. Each one, too, is inscribed its own number.

Of course, some decanters are more special than others. The Black Pearl of 2007, for instance, was produced with crystal-maker Baccarat. This decanter received an electronic plating process that lets it glow with the color of the cognac within. Only 786 of these were made, with their contents coming from a single centennial tiercon — or century-old wooden cask.

Coming in even lesser numbers — 500 — were the Legacy Edition decanters, which are meant to honor four generations of Louis XIII cellar masters. Each one of these is signed by all four cellar masters.

The L’Odyssey D’Un Roi decanters, for their part, brought together three French luxury houses — Hermes, Puiforcat and Saint-Louis. Culled from the brands were 50 craftsmen, who put in 1,000 hours of work on each piece.

And then there were the decanters for a couple of truly special Louis XIII produce. Called the Rare Cask 43.8 and Rare Cask 42.6, this Rare Cask collection is considered two of the most “extraordinary moments” in Louis XIII history, when cellar masters picked the perfect cask of eaux-de-vie. Chosen to contain them are black crystals from Baccarat. The decanters boast a double layer of crystal; the inner black crystal shell is encased in a second layer of translucent white crystal, giving them a dark, rich luminosity.

As significant a development is that, starting in February 2019, Louis XIII will come in a “smart decanter,” which will have an NFC chip embedded into the cork stopper. With this, customers can scan through their smartphones the chip, registering the decanter’s number into the Louis XIII Society database. This would then grant customers access to bespoke services like customized decanter engraving, privileged info regarding pre-releases of limited editions, and appointments for private tastings and other events. Like the works of the cellar masters themselves, the smart decanter declares Remy Martin is always looking to the future even as it keeps an eye on the past.

A Cup As Fresh As The Rising Sun

Smaller specialty shops are offering their own take on what proper coffee is.

Flip for the best DIY steaks of your life