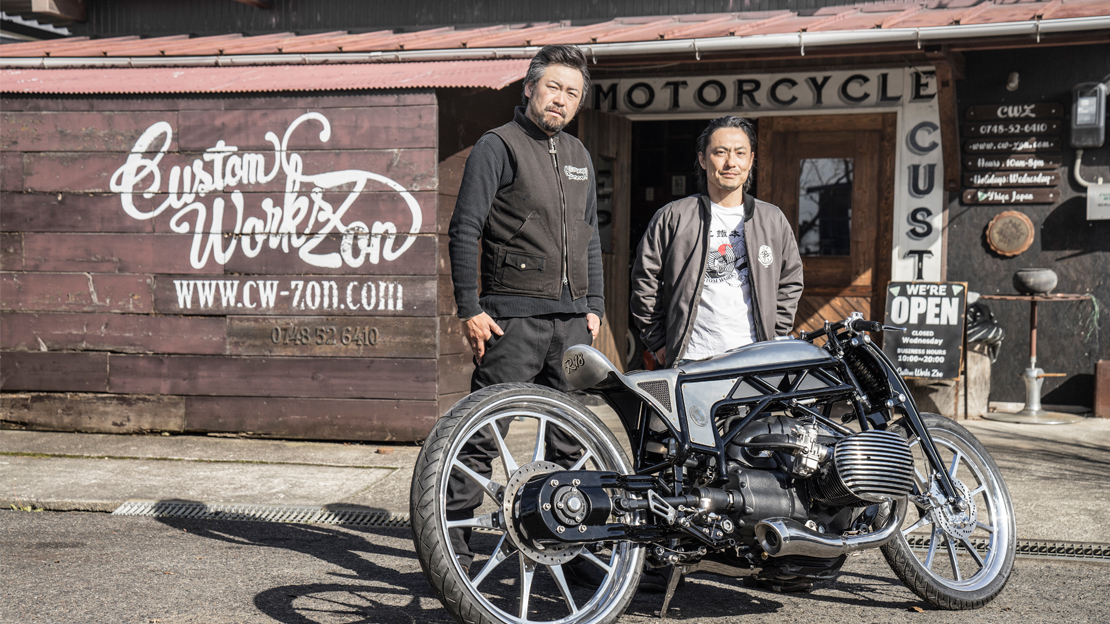 THE 27th running of the Mooneyes Show, as it is known in the custom bike scene, recently held in Yokohama, Japan, saw one interesting entry — a motorcycle created by Japanese builder Custom Works Zon. Such was the buzz surrounding the bike that it took home “Best of Show Motorcycle” honors.

What it is, actually, is a motorcycle commissioned by BMW Motorrad. And what it packs is a prototype of a new boxer engine which, curiously, has externally fitted push rods inside chrome-plated ducts running above the cylinders. The layout is reminiscent of early Motorrad boxer engines built up until the late 1960s. Although the prototype engine looks markedly larger and is kitted with modern air/oil cooling systems.

BMW remains coy regarding more details about its new boxer, saying its “possible future use will be communicated at a later point in time.”

Of course, Custom Works Zon’s touches are equally compelling — after all, the shop founded by Yuichi Yoshizawa and Yoshikazu Ueda in 2003 is renowned for its exceptional creations, its builds a staple in the custom bike scene. In this custom Motorrad, the company’s knack for mixing classic styling with modern production techniques and detailed craftsmanship is readily apparent. The extremely low silhouette of the bike calls to mind Ernst Henne’s record-breaking machines of the late 1920s and 1930s. The large 21-inch front wheel and 26-inch rear wheel are milled from aluminum, then wrapped with skinny tires to promote a vintage vibe. The girder fork was also made from a solid piece of aluminum while the rear swing arm is bent from a steel pipe. This is then attached to the tubular space frame though a damper hidden from view.

The large prototype boxer engine is also hung from the frame, which is propped by grid tubes. After which, Custom Works Zon hand-crafted the bike’s fuel tank, seat and front trim from sheet metal.

The result is a motorcycle that is minimalist in lines and unimposing in proportion, but which packs a solid visual punch.

Much of what was tool before is now art and craft and beauty. And while many look to the Americas for custom bike builders, the appreciation and the development of modern custom motorcycles takes us to different parts of the globe.