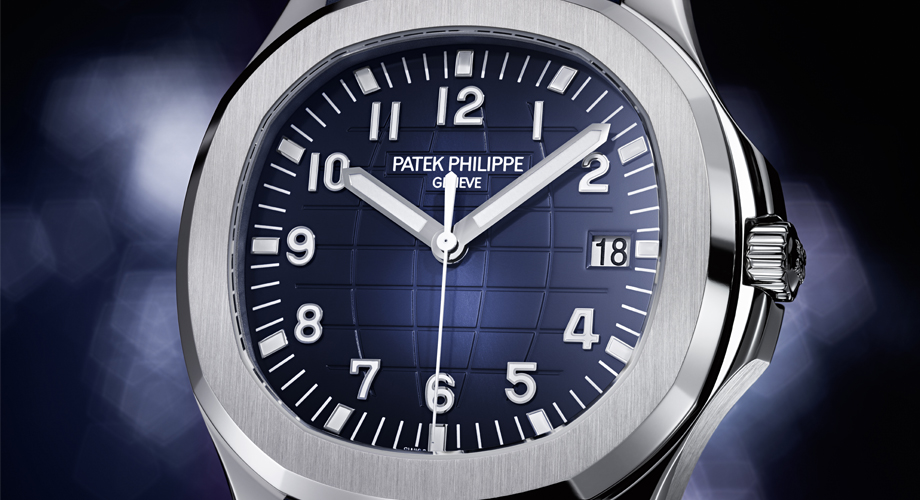 The Patek Philippe Aquanaut sports watch is celebrating its 20th Anniversary, and the gift it is giving is one that fans will be sure to love.

The 20th Anniversary Aquanaut 5158G is a rugged sports watch, cased in white gold. Patek Philippe wanted to demonstrate that a sporty masculine watch can manifest equally well in a noble metal such as gold, even if the original model was in steel. It’s also true that the target market of the original Aquanaut has had twenty years to earn money, and may have developed a taste for a slightly more upscale version of their favorite wristwatch.

This anniversary edition is still very much possessed of the lines that the original Aquanaut… and indeed, of the original Nautilus. The Aquanaut was, in a way, the spiritual child of the Nautilus collection, and the design philosophy has extended on down through the years. There is a sleek curve to the rounded, octagonal bezel that has endured. The watch case also has vertically satin-finished flats and chamfered, polished flanks. With a case diameter of 42.2mm, the Ref. 5168G is the largest Aquanaut so far. That size is also an echo of the original 1976 Nautilus watch, which was popularly nicknamed the ‘Jumbo.’ Imagine for a moment how unusual a 42mm watch would have been in the year 1976, and you probably get a good idea why it acquired that name.

The Aquanaut has changed since it came into being, just like the flowing water which is the Aquanaut’s true element.

The Ref. 5168G dial comes in a color known as Night Blue, beautiful color that goes well with the white gold case, and with the look of the watch in general.

Traditionally, the 20th Anniversary gift is supposed to be made of china. (The porcelain, not the country. Although that would be quite a gift too.) But the Aquanaut of 2017 is a model that has changed since the years of its birth. Then again, haven’t we all.

Longevity is like a journey; you start off as one thing, and as you go on, you become something else. There is a saying: “A man never crosses the same river twice. For the river has changed, and so has the man.” The Aquanaut has changed since it came into being, just like the flowing water which is the Aquanaut’s true element. The watch may LOOK like it once did, but there are changes which you have to look deeper to see.

A man never crosses the same river twice. For the river has changed, and so has the man.

Of course, going deeper is the Aquanaut’s specialty. It’s a sports watch, after all, designed to withstand greater impact and stress than most timepieces. Twenty years ago, the Aquanaut was created as an affordable sports timepiece, a counterpart to Patek Philippe’s Nautilus line. The Nautilus was already rugged and durable, but it was also pricey. Patek Philippe wanted to give an option for the younger crowd, fans who appreciated the history and elegance of the brand, but weren’t necessarily in a position to buy a high-level sports watch as well as a high-level classic daily timepiece. (Many people who look to buy their first Patek Philippe like to begin by looking at elegant pieces like the Calatrava. Not that anyone can blame them for that.) The introduction of the Aquanaut gave younger wearers – incidentally those also more likely to wear such a watch while actually participating sports – a chance to play, so to speak.

Patek Philippe’s Aquanaut line was first seen at Baselworld in 1997. It was a sporty introduction, a casual watch for a younger crowd. And now we come to this, the Aquanaut Ref. 5168G, the 20th Anniversary edition of the Aquanaut watch. The Aquanaut greets the modern era with grace and self-assurance, living proof that an affordable decision can also be one that endures.