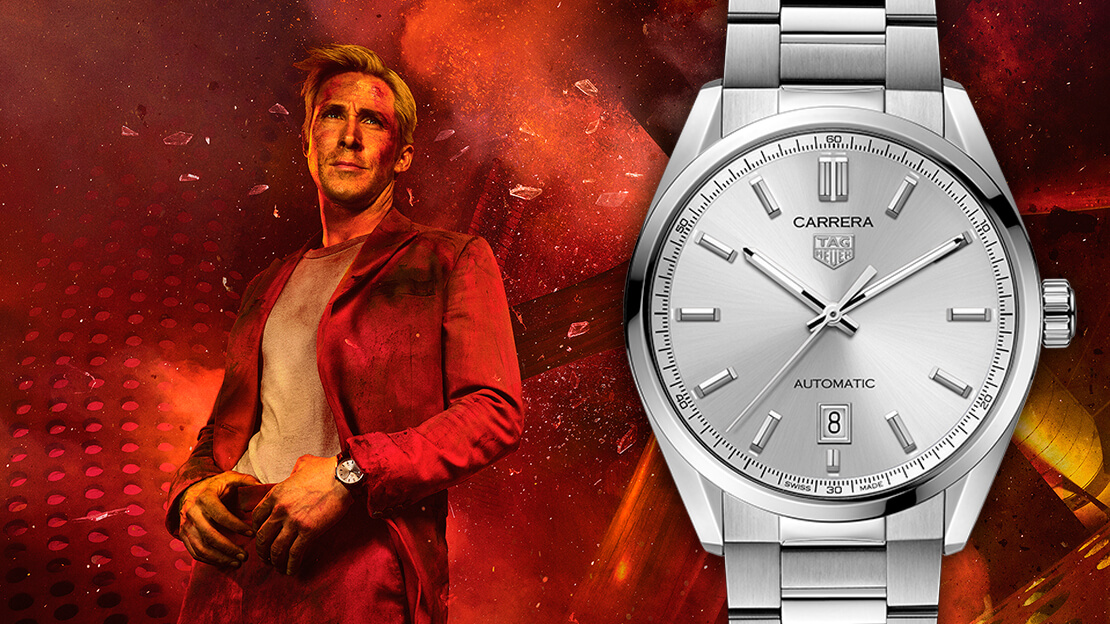 When the CIA’s most skilled operative stumbles upon dark secrets of the agency, it becomes a global manhunt. Directors Joe and Anthony Russo (the pair behind the Avengers: Infinity War and Avengers: Endgame) presents this spine-chilling movie together with Netflix. The film stars TAG Heuer brand ambassador Ryan Gosling, who wears a TAG Heuer Carrera Three Hands for the movie.

Gosling portrays a super-assassin/spy for the CIA with the TAG Heuer Carrera Three Hands on his wrist. Initially, the Carrera was created for high-speed and accurate timing on the race track. As a top CIA operative, the accuracy of the Carrera is vital for any mission, be it for timing attacks or meeting extraction point schedules. Its simple three-hand and clean dial design give the super spy a clear and uncluttered look, making it easy to read the time with a simple glance. So in life-threatening situations, that could spell the difference between walking away or needing to be carried in a body bag.

Ryan Gosling said: “I play Sierra Six in the action-packed film, The Gray Man. Six is an agent whose life is on the line, every second of the day and he needs a watch that’s got him covered. It takes precision and dedication for him to survive, and so it seemed like the perfect fit for him to wear the TAG Heuer Carrera.”

The partnership between TAG Heuer and Netflix for the film seems to meld into a perfect match, especially with the Swiss brand’s “Don’t Crack Under Pressure” motto. And the TAG Heuer Carrera Three Hands seems to be the perfect choice for the spy’s wristwear.

Presented to you in an array of colours.