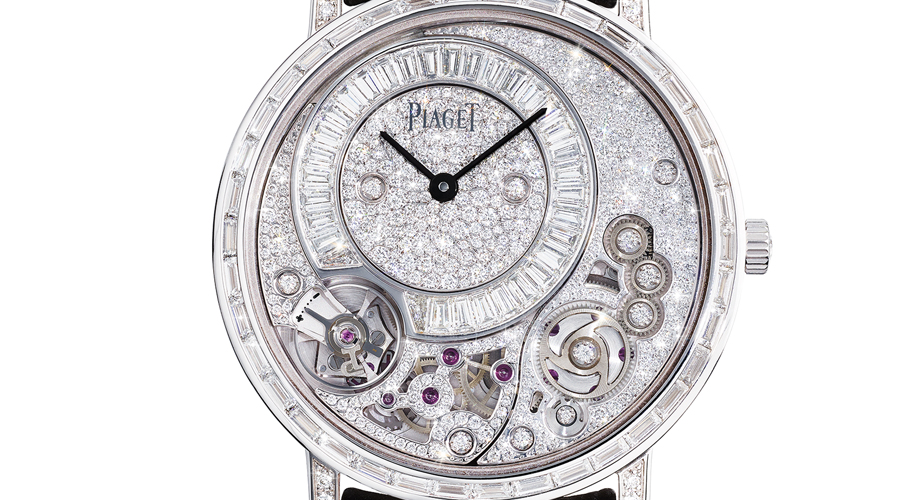 Georges Edouard Piaget began making high precision movements in his family’s farm in 1874. He would later on supply the most prestigious brands with his craftsmanship. It didn’t take long for his reputation to spread through and beyond Switzerland. As his business grew, so did his workshop. His son took over the business in 1911, sharing his father’s passion and standards of quality.

In 1947, the company produced their own watches and sold them under its own name. Georges Edouard’s grandsons were at the helm during that time, and they took the brand to new heights, making a name for themselves in the international market. Orders for their watches were filled to the brim, the manufacture could barely keep up with the demands.

In 1957, watch brand Piaget designed and built an ultra-thin movement. They released the ultra-thin hand wound Calibre 9P, a movement that measured a mere 2 mm in thickness. This breakthrough created a huge impact in the watch world, and boosted Piaget another notch. Three years later, Piaget launched the Calibre 12P, the world’s thinnest automatic movement that measured an astonishing 2.3 mm thick. Ultra-thin movements became the signature of Piaget. Their mastery of creating small and thin movements led the company to broaden and unleash their creativity, as embodied by a coin watch that they produced.

Setting up an ideal stage for the ultra-thin movements, the Maison created the Altiplano collection, a Spanish word that means “high plane,” named after one of the world’s highest inhabited regions at the heart of the Andes mountains with a mean altitude of 3,650 meters.

As ultra-thin horology is embedded in the very genes of the Maison, gemsetting is also an integral part of its DNA. The difficulty in producing ultra-thin watches is that it leaves very little room for setting stones. But with Piaget’s expertise, they were able to keep the thickness to 3.65 mm.

The Altiplano 38 mm 900D is adorned with 5.77 carats of diamonds. This sets a new record as the world’s slimmest Haute Joaillerie watch at a mere 5.6 mm thick. They liberally showered the watch with alternating gem cuts, with baguette cuts for the bezel and chapter ring, and brilliant cut for the lugs and case middle. Furthermore, Piaget masterfully incorporates gems onto the main plate using a snow setting. This sophisticated technique involves random setting of diamonds with various diameters, nestling so close together that the gems fully conceal the metal it rests on. The screws of the bridges and gear wheels are also gemset, while the solid caseback and the folding clasp are also graced with a row of diamonds. This type of gem setting produces a fabulous effect of shimmering reflections. But their expertise does not only involve setting the stones. Selecting the gems also require considerable expertise.

Of the 35 Manufacture Piaget movements developed and produced in house, 23 are ultra-thin movements. And of those 23 movements, 12 hold records in their category. The latter include Calbire 600P, the world’s thinnest hand-wound shaped tourbillon movement, and Calibre 1209P, the self-winding movement with small seconds that is also the slimmest in its category.

Piaget is synonymous to ultra-thin movements, but not limited to it. Gem setting, and enameling are also part of their arsenal. The mastery of their crafts help to forge the position where Piaget is now. The Altiplano 38 mm 900D and the Altiplano range of watches solidifies this claim and remains to be the top-of-mind brand when it comes to the slimmest of watches presented in a design of elegance and precision.