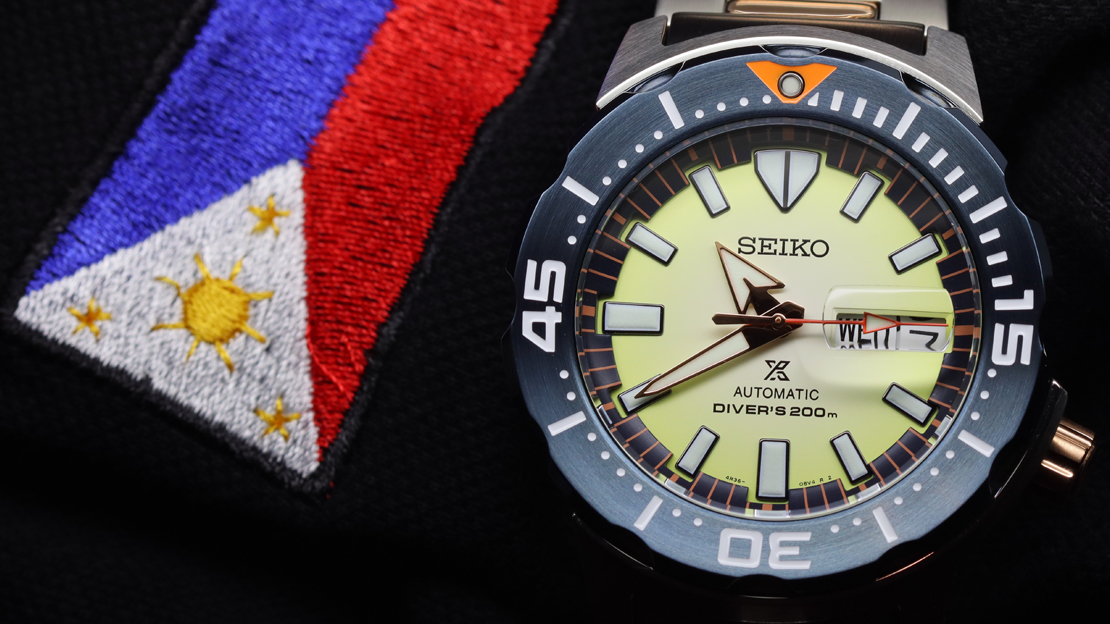 It took more than a while but now, we Filipinos finally have our own official Seiko model. Let’s thump our chests with pride as we formally appear on Seiko’s horological radar. Those of us lucky enough to catch this release in our lifetime – and actually get a unit strapped onto our wrists – should agree.

The Seiko brain trust has finally deemed it fit to bestow the Philippine market with its own bespoke model. The so-called “Philippine Limited Edition,” boasting a mere 1,000 examples, was officially (albeit digitally) launched last Friday.

While truly a milestone by itself, Seiko piggybacked the reveal of the Philippine edition Prospex (or SRPF33K1), upon the ongoing 55th birthday celebration of Seiko’s first diver’s watch. Our release takes its place among other anniverary models.

Seiko couldn’t have chosen a better muse for our Prospex model than the Tubbataha Reefs – a world-renowned dive spot off Palawan. A part of the larger Tubbataha Natural Park that is both a marine and bird sanctuary, this nature lover’s paradise was declared by UNESCO in 1993 as a World Heritage Site, with its atoll teeming with marine life and living coral.

Interpreted in Seiko’s “Monster” style, the Tubbataha Prospex beats with the Japanese watchmaker’s caliber 4R36 automatic movement, which can be wound manually. You could see much of the SRPE27K1 in its execution and size, except for the fact that the Tubbataha is much more colorful.

It starts with a dark blue bezel with white markings. On the 12 o’clock position is triangular pop of orange with a round Lumibrite dot within. The 42.4-mm stainless steel watch gets a familiar power reserve of 41 hours – not quite up to snuff for a weekend of lockdown abandon, but we’ll take it – and water resistance of up to 200m.

I’m of two minds about the day/date display. I love the utility, but the date window takes up too much real estate. The yellow gradation dial is tastefully executed; the blue fringe (with orange markings) slopes upward as if to reach the aforementioned bezel on the other side of the Hardlex crystal.

The Tubbataha comes in a special box which also accommodates the blue silicone band thrown in for a more sporty and casual feel compared to the installed stainless steel band with rose gold accent. That hue echoes and matches the rose gold crown, and the three hands with Lumibrite. The indices also boast Lumibrite to make the Tubbataha a sight to see at night if those bits have been charged with enough light.

Karl Dy, President of Timeplus, the official country distributor Seiko, said in a release, “While we are left to imagine where our next destination will be, we welcome Seiko’s new Philippine-edition Prospex watch that will soon accompany us in experiencing the beauty of the timeless wonders below.”

Needless to say, the Tubbataha is as just as home at the mall as the depths of the sea, which is just fine for us who do our deep dives at our work desks.

The Philippine-edition Prospex has an SRP of P29,000, but you should be able to get one in the neighborhood of P24,000 (if you still manage to get your hands on a piece, that is). Happy hunting!