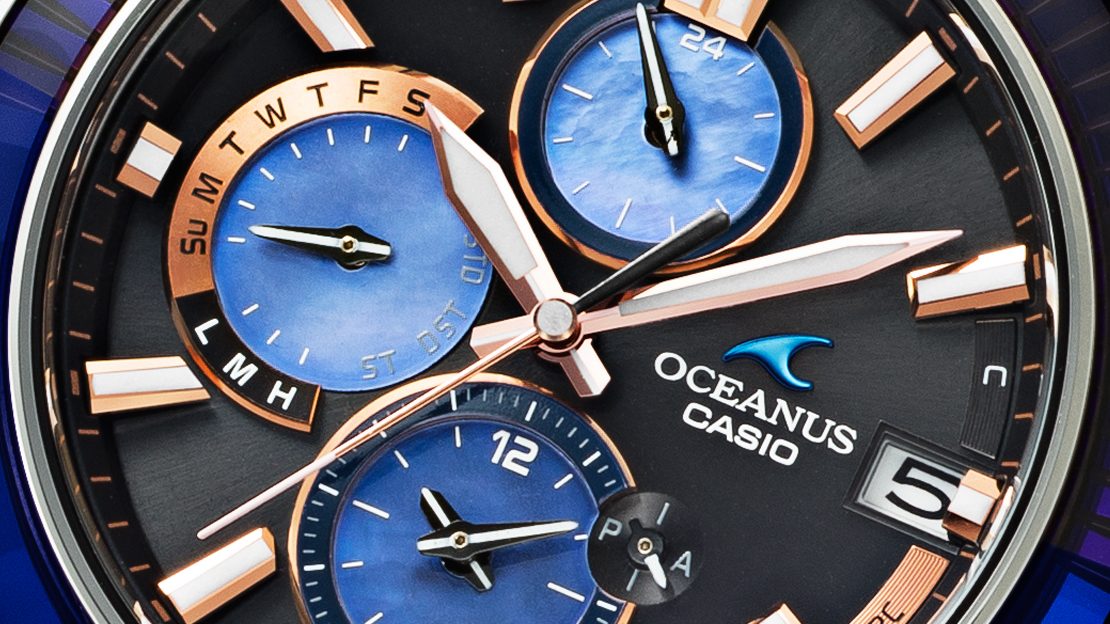 The OCW-S4000S and the OCW-S4000C are the two new members of the OCEANUS line of solar-powered radio-controlled watches. These two timepieces boast a blend of traditional Japanese craftsmanship and advanced technology. Regarding the latter, these watches offer smartphone link functions that feature world time in over 300 cities, an automatic time adjustment, a phone finder, a full auto calendar, and even a battery level indicator.

The latest technology in watches is fused with traditional Japanese craftsmanship that has survived time itself, and is presented on the bezels of these new watches. The blue bezels are actually made of sapphire crystal, cut in the traditional Edo Kiriko cut glass technique, said to be founded around 1834 in the ancient city of Edo, now called Tokyo.

Sapphire crystal is the choice of material for most of the glass used on watches because it is very resistant to scratches. That being so, these crystals are very hard to cut, and work with. They are expertly cut under the supervision of Toru Horiguchi, a third-generation master craftsperson who carries on the expert knowledge of this art.

The upper half of the bezel of the OCW-S4000S is cut in a traditional Japanese sensuji fine stripe pattern, while the lower half is multi-dimensionally cut using advanced technology inspired by the fireworks display in Tokyo. The inset dials are made of white mother-of-pearl. The bezel of the OCW-S4000C, on the other hand, is rendered by a sensuji fine stripe irregularly arranged around the bezel, inspired by a picturesque Tokyo dawn with the morning rays reflecting on the water.