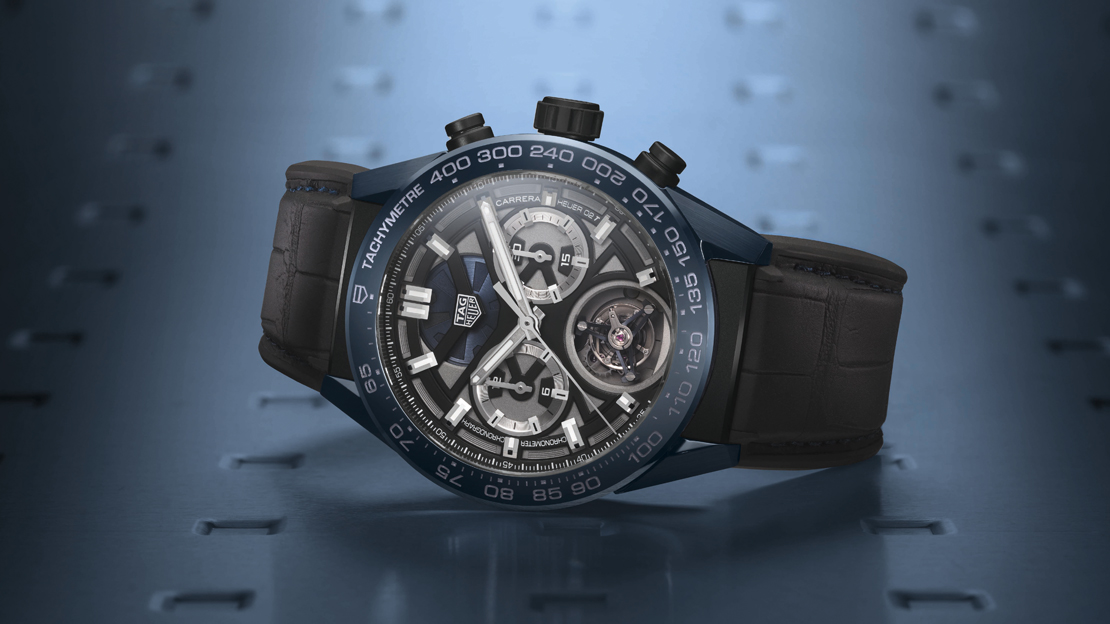 The Observatoire de Besançon is an independent astronomical observatory located in Besançon, France.  It is owned and operated by the Centre national de la recherché scientifique (CNRS, National Center for Scientific Research), and was one of the few prominent European observatories, which included the Neuchatel Observatory, Geneva Observatory, and the Kew Observatory (now the King’s Observatory), that were engaged in the assessing and rating of Swiss movements for their accuracy and efficiency.

In 1897, the Besançon Observatory decided to affix a stamp called the “Tête de Vipère,” or Viper’s Head, on all the watch movements.  This stamp or hallmark, published in the Timetable Regulation of 1909, was positioned on the visible side of the movement and indicated which class (1st, 2nd, or 3rd) the chronometer belonged to.

Alas, the advent of the far more accurate quartz from the Far East in the late 1960s forced the abandonment of this type of certification for more than 30 years.  However, the Besançon Observatory’s methods, know-how and measurement tools did not fall into disuse, and was, in fact, resurrected by the CNRS in 2006.  Thus, numerous watchmakers have had their timepieces rated at the observatory since then, but only 500 watches have had the illusive “Tête de Vipère” stamped on their movements.

This time, instead of just the movement, the fully assembled watch undergoes a protocol involving 16 days of testing in five different positions, and at three different temperatures, and it must achieve an average daily rate between -4 and +6 seconds to qualify as a chronometer.  And one of the few timepieces to pass and bear this exceedingly rare stamp is the TAG Heuer Carrera “Tête de Vipère” Chronograph Tourbillon Chronometer, which TAG Heuer introduced at Baselworld 2018 to celebrate 55 years of their iconic Heuer Carrera.

This razor sharp-looking ceramic tourbillon chronograph is the brand’s most modern interpretation of the Carrera case, yet.  True, it bears more than just a passing resemblance to the Hublot Big Bang, but its imposing 45mm diameter is tempered by a case, bezel and lugs made of ceramic in a very handsome midnight blue.  This material offers superior scratch resistance to steel, and in this case is water resistant to 100 meters (a claim not a lot of Swiss tourbillon watches can make).

Caseback, pushers and crown are all made of stainless steel and PVD-coated in black to match the supplied black alligator strap with a black rubber lining and blue contrast stitching.  So far, so very high-tech, but it’s the highly geometric and skeletonized dial that most people will latch on to.

At pride of place is the exposed tourbillon at 6 o’clock, while the rhodium-plated chronograph counters measuring elapsed minutes and hours are at 3 and 9 o’clock, respectively.  The hour indexes and hands are likewise rhodium-plated and finished with Super-LumiNova for nighttime legibility: blue for the indexes and black for the hands.  An anti-reflective sapphire crystal covers the dial, and in step with the brand’s push towards big and bold men’s watches, is domed for that extra level of girth.  Finally, the dial is finished with elegant touches of blue (including the tourbillon), which can also be seen on the weight and movement barrel.

Driving this “Viper’s Head Carrera” is the in-house Heuer-02T caliber, which is still the most affordable Swiss-made tourbillon chronograph movement in the market (as if this watch will ever be accused of being “affordable”).  It oscillates at a very modern 28,800VpH, or 4Hz, and boasts a power reserve in excess of 65 hours on a single barrel.

Indeed, the much-lauded automotive influences are even more apparent when the watch is turned over, especially with the skeletonized blue oscillating weight that looks like two thirds of an alloy wheel.  It contrasts quite nicely with the movement, which is made to look rather industrial-looking thanks to black-treated bridges and base plate.  The “Tête de Vipère” certification adds that finishing touch, stamped for all to see on the bridge.