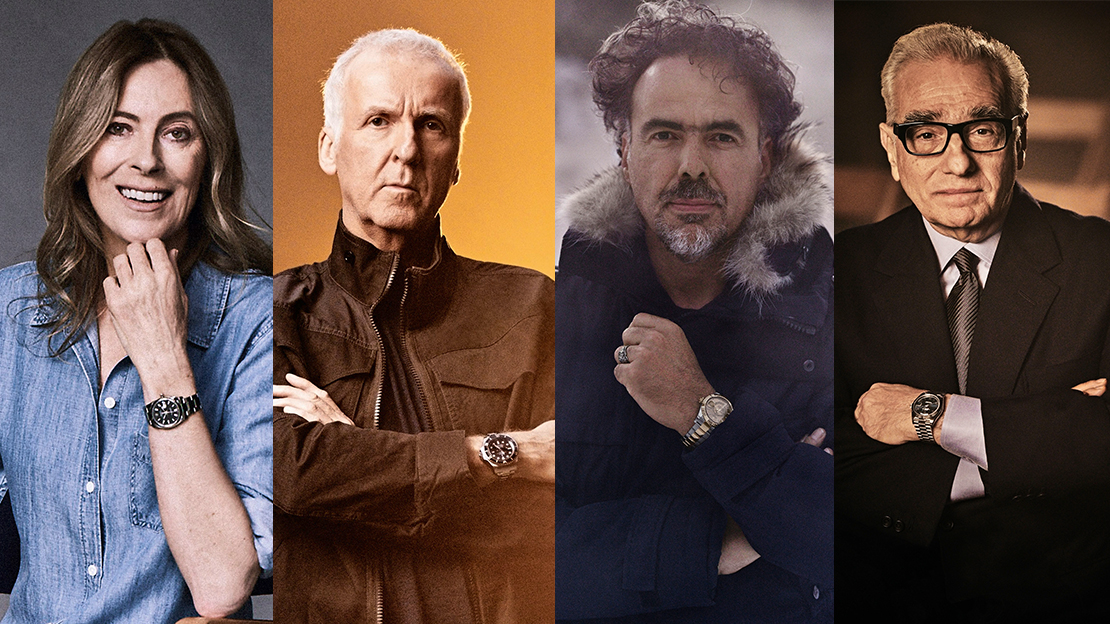 This year at the 2018 Oscar Awards, the Rolex Arts Initiative released a film featuring four Rolex Testimonees who are truly at the pinnacle of their field. The Oscars are all about recognition, and no one could fail to acknowledge the impact that these four filmmakers have had on the craft over their lifetimes. As Rolex puts it, they have redefined the art of storytelling on screen.

Kathryn Bigelow is the first and only woman to win an Academy for Best Director, for her incredible The Hurt Locker. Both The Hurt Locker and Zero Dark Thirty deal unflinchingly with war and its human cost. With her camera, she portrays the incremental, increasing, and never-to-be-recovered price that you pay to engage in conflict. And as the producer and screenwriter for many of her films, she is responsible for the stories she tells, from start to finish.

James Cameron has been a Rolex wearer for many years, and was the first of these four Rolex Testimonees. It is hard to say exactly what he is most famous for: almost every film he has made has been not only groundbreaking technically, but a global success commercially. His Titanic was the highest-grossing film in history for twelve years; when it was finally surpassed, it was topped by Cameron’s Avatar.

Although favorites include The Terminator, Aliens, Terminator 2: Judgement Day, and Avatar, it is most likely the love story of Titanic that has won him the most hearts overall. Certainly Titanic received 14 Academy Award Nominations and won 11 Oscars, which were both record-making numbers.

Alejandro G. Iñárritu may not have been making films as long, but even a single viewing will convince you of his mastery – and innovation – of the craft. His astonishing Birdman takes place entirely within a patch of New York City surrounding a theater, yet the greater tale is all within the vast space of a man’s internal thoughts, which Iñárritu brings to unbelievable, yet visible, life. His The Revenant covers the harrowing tale of a man left for dead fighting his way across the American West in search of either survival or revenge, and it’s difficult to say which matters more. Iñárritu has already won five Academy Awards.

Martin Scorsese is probably the longest-running name of these four Rolex Testimonees, and it is an interesting note that this rebellious, groundbreaking filmmaker has been so successful for so long that he is now part of the iconography. His films are often set in New York’s Little Italy, and just as often deal with violence, both outlawed and approved. Mean Streets, Taxi Driver, Raging Bull, all of which tell stories that canter around the unpredictable effects of acts beyond words. And yet his words resonate with us as well, immortal lines from his films that echo down through the years. Even the improvised quotes of his long-time collaborator Robert De Niro are in some way a Scorsese production.

By highlighting the accomplishments of these four Rolex Testimonees, the Rolex Arts Initiative continues to nurture the art of cinema. By showing the achievements of these amazing filmmakers, they show the next generation that each individual voice can accomplish incredible things.