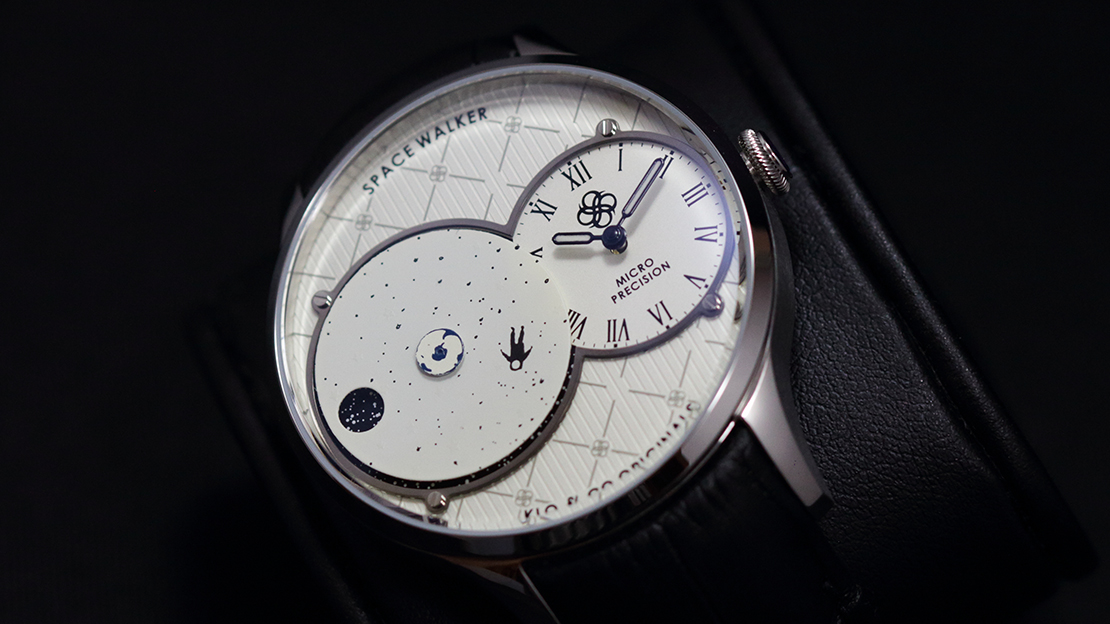 Watch guys are among the most interesting people in the world. Their love for this hobby can be…. excessive….. to put it mildly. Ken Lee Ong, Bryan Chua and Ralph Yu are definitely up there in the ranks of watch idiot savants whose sanity is questionable at best. When their initial plan of securing the local distributorship of a well-known German watch brand didn’t pan out, what else could 3 seemingly intelligent, sober, hardworking gentlemen do? Create their own watch brand, of course!

KLO & CO is a living testament that there is truth in the old adage: “when a door closes, a window opens.” Named after one of the company’s founders – Ken Lee Ong – KLO & CO injects character and originality in the local watch industry flooded by homages and replicas. Their flagship model called “The Spacewalker” is a unique take on the classic theme of space travel. This piece sets the tone on their entire collection.

For a local micro-brand run by just 3 people, it’s no small accomplishment by KLO & CO to make “The Spacewalker” both quirky and interesting, without cutting any corners in terms of quality despite its entry-level pricing. The huge, beautiful wooden presentation box can be a bit imposing, but is a great prelude to all the goodies inside. Each of KLO & CO’s watches come with 2 straps: a croc-style leather strap with curved ends making it more wearable, and a classic striped NATO strap.

Looking at the case and dial of “The Spacewalker,” you might see bits and pieces of what may have influenced its design. The 2-dial layout and smaller bezel hearken back to Lange 1, while the clean dial design is perhaps IWC-esque. Even a splash of Seiko was incorporated into “The Spacewalker,” with the color of the dial strongly reminiscent of the now classic SARB035. This was no accident as these 3 brands are very near and dear to KLO & CO’s designers: Ken and Bryan. When you put all of these design cues together – what you have is something undeniably unique to KLO  & CO.

Instead of making their pieces either purely mechanical or quartz, KLO & CO opted to have both movements in a single watch. One sub-dial has the hour and minutes hands controlled by a Swiss Ronda movement thus providing exceptional accuracy, while the other sub-dial has Mother Earth rotating on its axis per second via a Miyota automatic movement. The astronaut floating around the Earth in that same sub-dial moves every 60 seconds, matching each passing minute by its own steady pace. Developing this unusual hybrid mechanical quartz movement was no laughing matter. Not only was the movement the subject of a lot of experimentation just to make it compact, but even the thickness of the case had to be worked on extensively to be brought down to a more manageable size. From a chunky 15mm, the team of KLO & CO was able to slim down “The Spacewalker” to a svelte 12mm.

Attention to detail permeates every single piece of the KLO & CO collection. For first time watch collectors, KLO & CO is an excellent entry point into this crazy hobby. It’s an intriguing take on something as mundane as a tool dedicated to tell time. For veteran watch enthusiasts, it’s a local brand going the extra mile in every conceivable way to put their mark into this shared passion of ours. And their peculiar, unconventional voice is definitely being heard