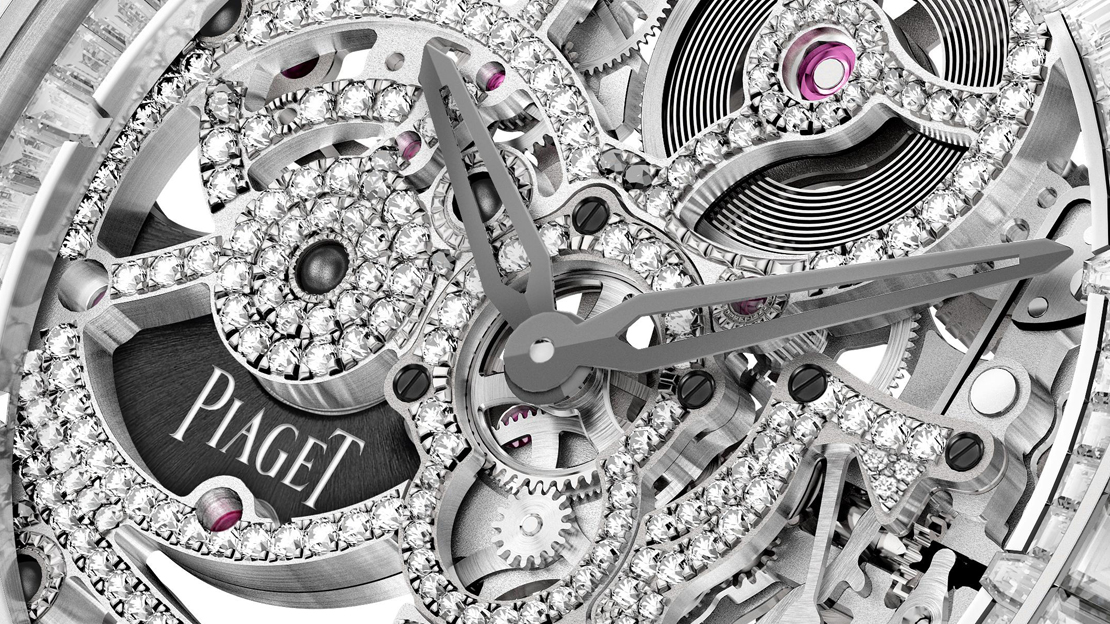 Earlier this year, Piaget launched the Polo Skeleton with aplomb. The two watches released in April were breathtaking. If the skeleton movement didn’t catch your eye, then the diamonds certainly would have. Piaget is also releasing two more Polo Skeleton watches in September this year, to complete the total of four.

Piaget has been known for its high-precision movements and exquisite detailing. Their daring creativity has been in evidence since the Maison opened its doors in La Côte-aux-Fées in 1874. Under the vision and direction of Georges-Edouard Piaget, the Maison has established itself as an innovator in both timepieces and jewellery. The Piaget Polo Skeleton is proof of that.

The Polo Skeleton watches have the perfect aesthetic that put Piaget on the map. Each is powered by an ultra-thin self-winding movement, and by ‘ultra-thin’ we mean just 2.4mm, allowing each watch to have a very slim silhouette. The oscillating weight has been integrated into the mechanism instead of just placing it on top. The movement is visible, thanks to the skeleton aspect and integration, and you can see how clean and fine the craftsmanship is. This is one skeleton you would eagerly bring out of your watch box instead of keeping it hidden in your closet.

An interesting side note, things of beauty, such as a Piaget Skeleton watch, often attract the attention of other expressions of excellence. Miles Davis, legendary jazz trumpet musician, took a liking to the Piaget timepieces and was often seen on stage with a skeletonized and diamond-set Piaget. Now wouldn’t that be the perfect symphony?

Rosy Skeleton
The Piaget Polo Skeleton in rose gold is a perfect choice for a whole-day schedule, going from daytime meetings into nighttime dinners. The color combination of rose and dark blue is elegant and modern. As with previous Polo Skeletons, this has the round bezel around the cushion-shaped crystal. The blue alligator strap matches the dark blue mechanism.

White and blue
The Piaget Polo Skeleton in white gold is a more jazzed up (see the Miles Davis reference?) version of the rose gold, thanks to the diamonds on the bezel. The bezel here is more noticeable than in the rose gold version, probably due to the diamonds in graduated sizes that enhance it. There are 56 brilliant-cut diamonds, totaling 1.59 carats, that create the perfect frame for the dial. The ultra-thin skeletonized movement and strap are again in dark blue.

The bezel here has diamonds, but they are baguette-cut, and while the dial also has baguette-cut diamonds, they are set perpendicular to the diamonds on the bezel. It gives an interesting pattern discernable when you take a close look at this watch.

The Piaget Polo Skeleton High Jewellery also has a rose-cut diamond on the crown. The grey alligator leather strap has 6 more baguette-cut diamonds, in case you wanted to up the diamonds count just a tad.

Another interesting side note, as expected with their skill with diamond-setting, Piaget holds the record for having created the thinnest diamond-set skeleton movement in existence.

Focus, artistry, and time (no pun intended) are needed to perfect the skill needed to
create these beautiful watches. With an ultra-thin watch the components are so small, tiny even, that it takes great skill to control placing the diamonds with adequate force, but not too much force that you dent or deform the movement. It takes four days to set the diamonds on the movement, and another 11 days to fully pave the case alone.

And more diamonds…
Piaget marries horology and gems beautifully, and the Piaget Polo Skeleton High Jewellery is available with a bracelet that is fully paved with an additional 184 baguette-cut diamonds and 1,258 brilliants, bringing the combined carat weight to 15.6 carats.