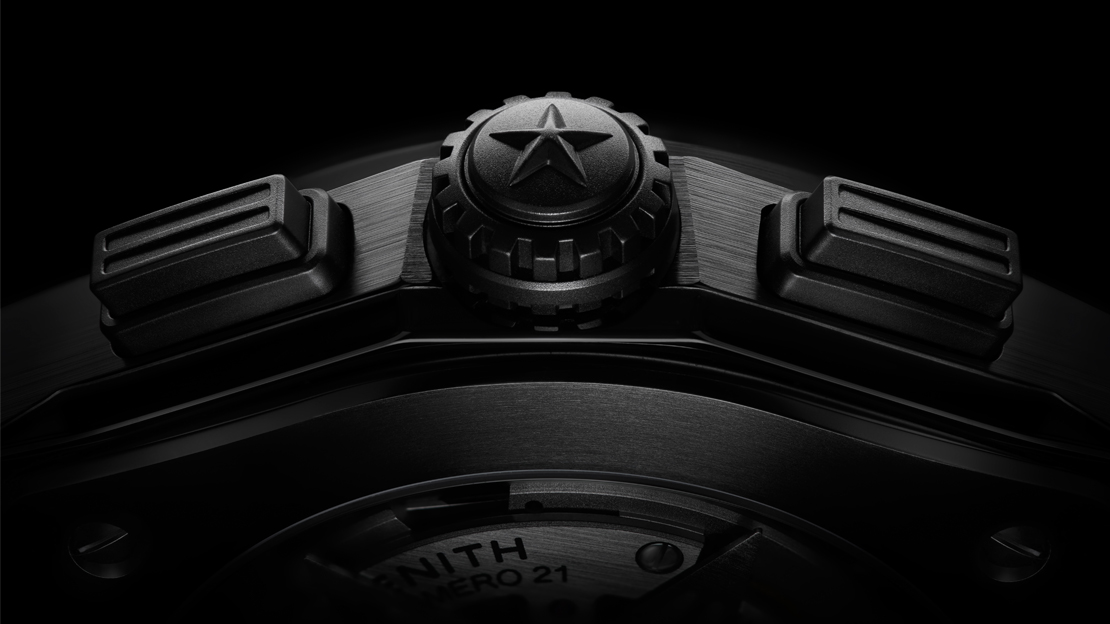 Back in 1969, Zenith stunned the world with the 3019 PHC called the “El Primero.”  At the time, it was the only integrated chronograph calibre with automatic winding.  More importantly, it was the world’s only chronograph oscillating at 36,000 vibrations per hour (compared to the atypical 28,000 VpH), or 5Hz, thus endowing the chronograph calibre with an accuracy within the nearest tenth of a second.  Indeed, for almost 50 years, this groundbreaking model became the shining star that Zenith put all their eggs into, and they never let us forget it.

At Baselworld 2017, Zenith stunned the world all over again with the Zenith Defy El Primero 21, which boasted 2 escapements: one for the watch oscillating at the brand’s “regular” speed of 35,000 VpH, or 5 Hz, and another for the chronograph, spinning at 360,000 VpH, that’s right, ten times that of the watch escapement at 50Hz, allowing for 1/100th of a second precision, making it ten times faster and more accurate than its predecessor.

This was made possible by the self-winding El Primero 9004 movement with balance-springs made of a Carbon-Matrix Carbon Nanotube composite, which Zenith naturally filed a patent for.  Not only is it insensitive to temperature, it is also insensitive to the influence of magnetic fields, well beyond the known 15,000 Gauss standard, in fact.  Unfortunately, it was also a relentless power hog.

Which is why the chronograph function can be manually wound separately via the crown: clockwise for the chronograph, and counterclockwise for the watch.  Endowed with a maximum power reserve of 50 minutes with a dedicated power reserve indicator at 12 o’clock the chronograph barrel takes about 25 turns of the crown to fully charge.  And working in conjunction with the arresting star-shaped openworked oscillating weight that handles automatic winding for the watch function, this 5Hz + 50Hz movement is, to say the least, unique, and is befitting of its own self-imposed moniker of the “21st century’s El Primero.”

Naturally, the dial was designed to reflect this frequency with an inner Bezel bearing a graduated scale from 1 to 100.  So at the press of the chronograph pusher, the star-tipped central seconds hand sweeps around the dial at lightning speed, continuously completing an entire revolution every second.

This is shock-and-awe chronometry at its very best and to see it in action is jaw dropping.  How this doesn’t deplete the watch’s power reserves immediately is just mind-boggling (thus, the need for two regulating systems).  Indeed, a central chronograph hand is something we are all too familiar with.  That is until that seconds hand of the Zenith Defy El Primero 21 just snaps around that dial, and, suddenly everything old is new again.  And, to think, this was all done using a far smaller number of components than one would assume.

Thus, framed by a lustrous night-black 44 mm ceramic case, the contemporary open worked dial of the Defy El Primero 21 is made even sleeker, while the block-type ruthenium-plated hour markers and baton-type hands look even more futuristic.  The chronograph functions such as the power-reserve indication at 12 o’clock, the small seconds at 9 o’clock, the black 60-second counter at 6 o’clock, and most especially, the distinctive blue 30-minute counter at 3 o’clock seem to pop out more…despite the skeletonization of the dial.  Finally, the appropriately oversized chronograph pushers look all the more the part.