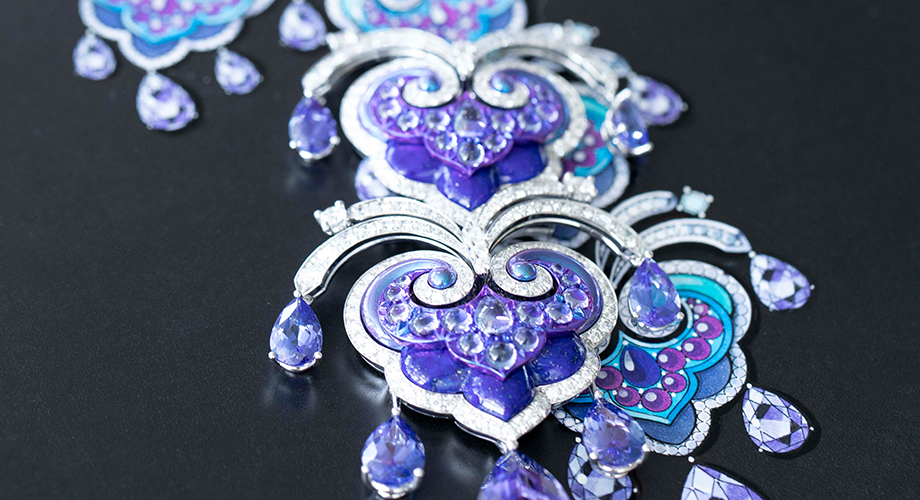 Paris Fashion Week is the place to be this weekend, as couture and beauty take center stage in the City of Love. The French fashion houses, long dominant in global influence, will present the season’s must-have looks. There will be other names there too, but let’s face it – the French will lead the way.

Parisian fashion shows can trace their embellished roots to the 18th century salons of Louis XIV, when French designers realized it served them better to gather their high society clients and present their creations to them all at once instead of having several one-on-one consultations. These défilés de mode (runway show or fashion show) may have been the starting point of Paris Fashion Week (PFW). This may have lessened their expenses and increased demand (by real-life competition for the creations). Ahh, economy at work, led by French fashion.

And this year, the way leads down the river, the River Seine, to be exact. A floating runway is the trailblazing move that the brilliant minds behind PFW have brought to life. A custom-designed river catwalk will allow maximum audience from the riverbanks to view the collections. (Who knew that, ‘swims well in couture’ would be a prerequisite for this year’s PFW models?)

One partnership that is sure to take centerstage (or center-river, as the case may be) is that between Chopard and Défilé L’Oréal Paris. Having had a fabulous run last year, Défilé L’Oréal Paris and Chopard have taken a second run at their collaboration. Caroline Scheufele, co-President and Artistic Director of Maison Chopard, has created a stunning Haute Joaillerie collection fittingly named La Parisienne just for this fantastic occasion.

The pieces in La Parisienne are ornate and breathtaking, befitting Paris Fashion Week. Chopard’s famous Happy Hearts will make an appearance, the iconic design being one of the most sought-after peices in whatever incarnation it is offered – necklace, bracelet, watch. Perhaps the piece de resistance is the necklace and earring set of white gold with tinted tinamium volutes, diamonds, tanzanites, and lapis lazuli inlays. The set is elegant and extravagant and perfect as the grand finale of the runway show.

So if you find yourself in Paris this week, strolling along the Seine, after having walked through the halls of the Louvre or the Musee d’Orsay, prepare yourself for more culture in the form of couture. The couture houses, L’Oréal Paris makeup and hair artists, and Chopard jewellery artisans have partnered to give you a show that will take your breath away.

A chic collection from a brand known for its glamour and excellence.

A collaboration is always as exciting prospect.

March of this year is set to be a very dazzling and glamorous month, courtesy of the two jewellery shows that will happen in bustling and beautiful Hong Kong.

Glamour At The Golden Globes

The 77th Golden Globes can best be described as a night of glamour and extravagance to celebrate the best of the best in the television and film world.