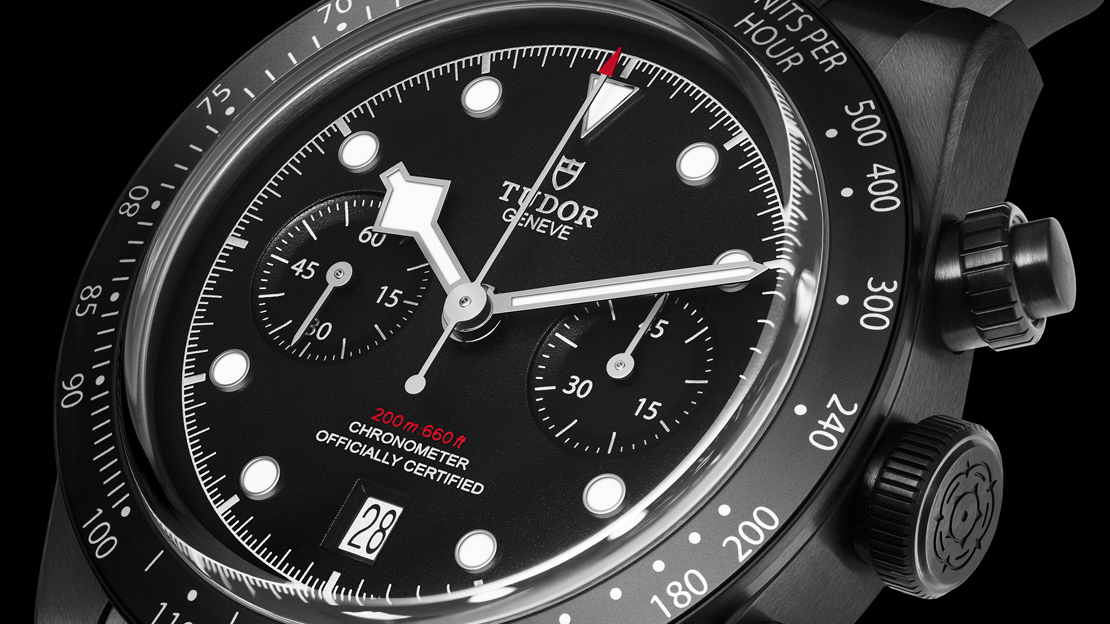 BORN To Dare: Tudor’s buzz phrase to pitch the brand as unconventional led to enlisting such iconoclasts as Lady Gaga and David Beckham, as well as an association with a sport that may not seem as mainstream as, say, golf. Yet, oddly enough, this sport — rugby — actually commands quite a fervent following; its World Cup, held every four years, is supposedly the third-largest sporting spectacle on the planet.

And Tudor, since 2017, has linked itself with rugby, as well as one of the sport’s best — New Zealand’s All Blacks, the world champion in 1987. 2011 and 2015. The All Blacks, a Tudor ambassador, struts a win rate of over 75%, and its collective strength and bold free-flowing style make it a contender again as it aims to pull off a hat trick in Rugby World Cup 2019.

Tudor, incidentally, is the official timekeeper at Rugby World Cup 2019, which is set to happen in Japan from September 20 to November 2.

The brand’s initial tie-up with the All Blacks led to the team members wearing the Tudor Black Bay Dark, the all-black version of Tudor’s wildly successful modern dive watch. Tudor’s continuing partnership with the All Blacks now produces the Black Bay Chrono Dark. Like the earlier piece, the chronograph version gets a completely noir case and bracelet to match the rugby players’ jerseys. It is limited to the same number of players who have been selected to the All Blacks ever since the team was born in 1884. To date, this number is at 1,181. Watches will be added according to the World Cup team’s final lineup. One player, one watch.

Meanwhile, a special Black Bay Chrono model has also been produced for Rugby World Cup 2019. This time the watches are meant solely for the 23 referees who will put order to the proceedings — brave men, all, considering the 30 superhuman players they need to govern every match. Marking out the commemorative timepieces are inscriptions engraved on their caseback; the sporting event’s logo and “Rugby World Cup Japan 2019 Official Timekeeper.”

As a Black Bay Chrono, the referees’ watches have polished/brushed steel cases rather than PVD-coated — like the Black Bay Chrono Dark is. Securing these to the officials’ wrists are black rubber straps, not bracelets.

Both World Rugby Black Bay Chrono timepieces rely on the self-winding cal. MT5813. Tudor’s first in-house chronograph movement was a complete surprise when it came out in 2017 largely because Tudor and Breitling managed to keep their collaboration under wraps — the MT5813 was spun off Breitling’s seminal B01 movement. This means Tudor’s ticker is a properly tooled chronograph with a column wheel and a vertical clutch, promising smooth engagements and no jerking second hand every time the pusher is pressed.

Plus, the cal MT5813 betters the B01 by boasting a variable inertia balance, which can keep its oscillating rate more precisely over time; a silicon balance, which resists magnetism to a much higher degree; and a 45-minute counter (the B01 is a 30-minute affair). Spinning at 28,800vph, the MT5813 has a power reserve of 70 hours, and is COSC-certified as well.

The All Blacks, as well as the referees, truly have got something great on their wrists come the World Cup kick-off.

(In addition to the men’s and women’s Rugby World Cup and World Cup Sevens, Tudor also sponsors the annual U20 World Cups, an international platform for the sport’s future stars. Tudor is also a partner to World Rugby Awards, which recognizes the season’s best teams, players and officials. Plus, Tudor supports the Rugby Hall of Fame, an institution established in the town of Rugby, in the UK, where the sport was born in the 1820s, celebrating those who have contributed towards its reputation.)