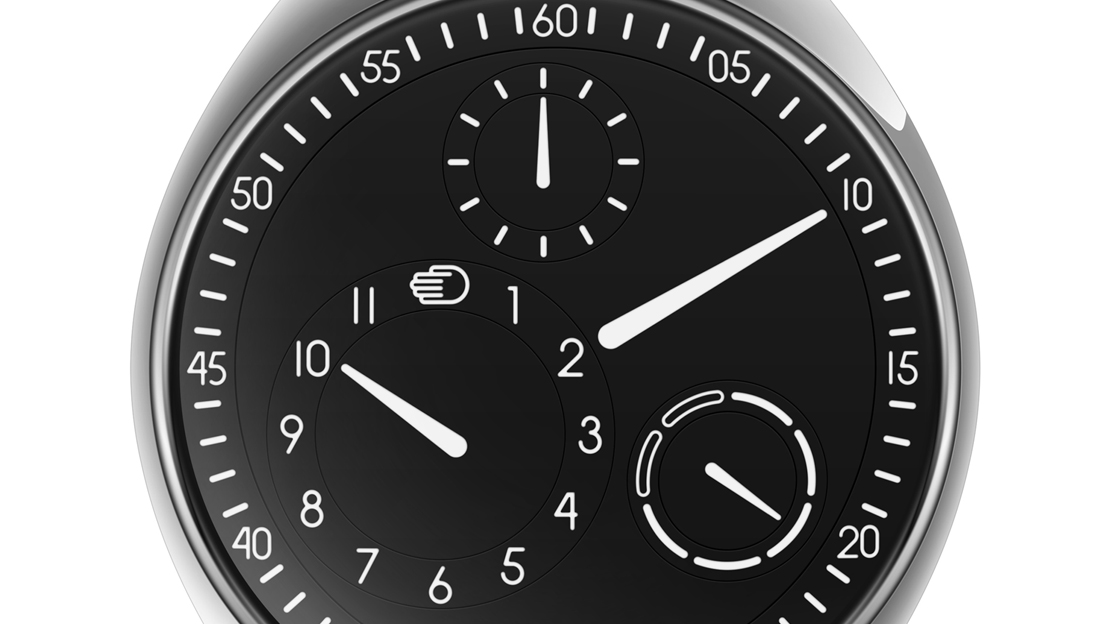 IN horological history terms, Ressence was founded yesterday noon; the company started in 2010, meaning most guys’ brogues are older than this brand. But only three years after it first set up shop at its native Antwerp, Ressence promptly clinched the Horological Revelation Award at the Grand Prix d’Horlogerie de Geneve’s 2013 edition for its Type 3 — a model whose discs, which tell the time, float on a sheen of oil between the movement beneath and crystal above them.

Preceding the arrival of the Type 3 was the brand’s Zero Series. The pieces belonging in this collection did not have the layer of liquid, but they also relied on rotating discs to tell the time. They came to be known as “air-filled,” as opposed to “liquid-filled.”

The Type 1 succeeded the Zeroes. It debuted in 2014 and is still Ressence’s most stripped back watch to date. It differs from the rest of the collections because of its visual balance, at once simple and complex.

This year, the Type 1 received its first makeover, which comes by way of a more svelte case. Suitably christened the Type 1 Slim, the watch has a case two millimeters thinner, at 11 millimeters, than the original Type 1 even as it retains its 42-millimeter width. The Type 1 Slim further reduces its visual mass by getting new lugs, which appear as if the strap is integrated into the case. The strap has shifted from the fabric jobbies found on most Type 1s from years back to a vintage-y leather thing that should not have worked aesthetically in theory, but does so excellently in practice.

Plus, with a case and lugs milled from the same piece of grade 5 titanium block, the result is a tidier, more coherent and modern look. Ressence is correct to point out the Type 1 Slim’s changes are evolutionary, not revolutionary.

Four versions of the Type 1 Slim are available, each defined by dial color:  black, white, midnight blue and a grayish silver one. All have indications coated with SuperLuminova.

Like the Type 1, the Type 1 Slim also relies on discs rotating both unto themselves and around the dial to tell the time. The watch’s dial is a disc itself that completes a rotation in 60 minutes. The pointer mounted on this disc indicates the minutes as marked on a fixed track around the dial.

The hour readout is displayed in the largest subdial, which is also a disc with a pointer that completes a rotation in 12 hours. This disc does not only rotate within itself, it also circles around the dial. Its hour track rotates as it travels around the dial, too, meaning the 12 o’clock indication will always remain at, well, 12 o’clock regardless where this subdial happens to be in the dial (when the minute pointer is on the top part of the dial, the hour subdial is at the bottom part). Displaying the second readout is another subdial. It functions identically as the hour subdial.

A third subdial points the day of the week. It works the same way as the other subdials do.

Allowing the satellites to constantly revolve is the Ressence Orbital Convex System. This in-house, patented module is a collection of 107 parts, many of which are gears. Through these gears the module is able to calculate the hours, seconds and day of the week by referencing only the minute indication — the main disc. The axle for the minute indication is the one which connects to the mechanical ETA 2892/A movement. Really clever.

It could be said this is an evolution of a revolution.