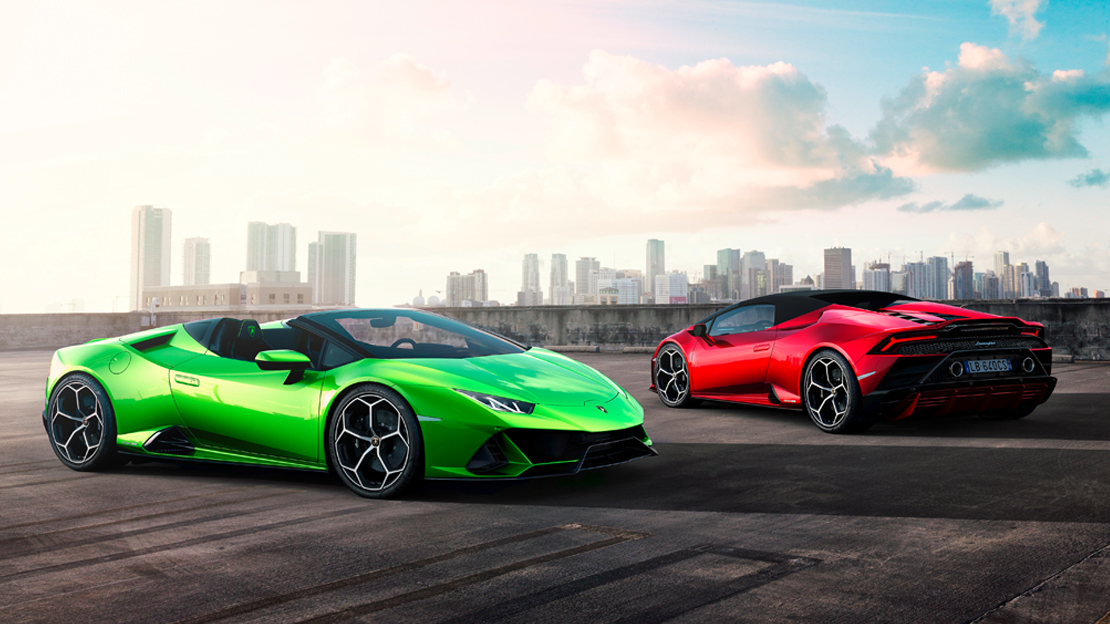 AUTOMOBILI Lamborghini chairman and CEO Stefano Domenicali, in launching the new Huracan EVO Spyder at the ongoing Geneva Motor Show, puts it best; “The Huracan EVO Spyder incorporates all the performance, next-generation vehicle control and aerodynamic features of the EVO coupe, with its own unique personality and a driving excitement that only an open-top car can offer.”

And, going by spec-sheet scrutineering, the EVO Spyder apparently does give very little to its fixed-top sibling. It is propelled by the same 5.2-liter naturally aspirated V10 with trick injection (multipoint and direct stratified) as that found under the EVO Coupe’s skin. This engine, regardless if it’s fitted to the convertible or the coupe, outputs 640hp at a screaming 8,000rpm and 600Nm at 6,500rpm. But because the Spyder is expectedly heavier by 120 kilograms (its dry weight is 1,542 kilos), it computes to a weight-to-power ratio of 2.41 kg/hp compared to the coupe’s 2.22 kg/hp stat. Which means the EVO Spyder is a bit slower — well, “slower” is relative here — from a zero-100km/h sprint at 3.1 seconds (the coupe manages the same in 2.9) and from a zero-200 km/h dash in 9.3 seconds (the coupe; 9.0). But the top speed of both is the same at 325km/h. Commercial jetliners, remember, take off at just around 285km/h.

Certainly, these figures only tell part of the story — the EVO Spyder promises to be just as great at carrying speed through the bendy bits. Like the coupe it is fitted with rear-wheel steering and a four-wheel torque vectoring system, both of which controlled by the Lamborghini Dinamica Veicolo Integrata (LDVI). This gizmo serves as the CPU that integrates and controls every aspect of the car’s setup and attitude, anticipating its next move, as well as second-guessing what the driver wants through a “feed forward logic.” Short of witchcraft, the LDVI divines conditions through the car’s active suspension and all-wheel drive train.

Also helping in this regard is the Lamborghini Piattaforma Inerziale (LPI) version 2.0 first used in the EVO coupe. LPI is a comprehensive set of accelerators and gyroscope sensors located in the car’s center of gravity, monitoring real-time lateral, longitudinal and vertical accelerations, as well as roll, pitch and yaw rates. The magneto rheological suspension, also upgraded to version 2.0, instantaneously adapts the damping following inputs from the LPI. A new traction control, not to mention better all-wheel drive and torque vectoring, let traction to be directed to a single wheel as required. A modified Lamborghini Dynamic Steering (LDS) likewise ups responses in the corners.

Plus, selectable driving modes, via the car’s Anima system, allow for bespoke dynamics. The Strada promises a comfortable ride; Sport mode gifts a skilled driver the ability to drift the car; Corsa turns it into a racetrack-ready tool. Clearly, the Huracan EVO Spyder is no one-trick bull.

Oh, and it can put on quite a show, too. No Lamborghini is ever shy, but an open-top one simply raises things a couple of notches higher. The car’s electro–hydraulically operated soft top can drop into the bodywork in just 17 seconds — and even at speeds of 50km/h. As the roof lowers into a cavity, two fins rise out of it toward the seatbacks, continuing the silhouette of the car. But this does not merely help aesthetics; Lamborghini says that whether roof up or down, the EVO Spyder has more than five times the down–force of the original Huracan Spyder, and therefore is about as aerodynamic as the EVO coupe is.

Well, the EVO Spyder looks as assertive as its coupe sibling. It sports a new front bumper marked by a splitter and larger air intakes, and its rear mimics the tail of naked race bikes (as well as the Huracan racecars), thanks to the twin tailpipes mounted high in the bumper. New 20-inch Aesir rims shod with Pirelli P Zero tires polish the flanks. An added treat is the rear window which can be raised or lowered no matter if the roof is up or down — what this does is amplify the notes produced by the EVO Spyder’s naturally aspirated V10.

Signor Domenicali is completely right about this car.