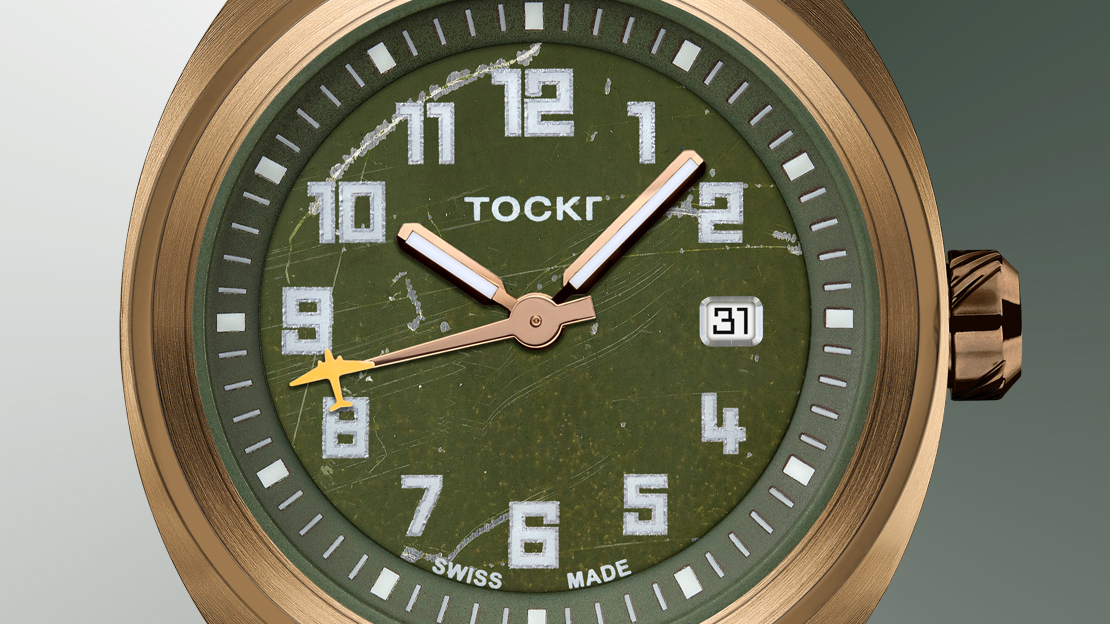 MOST times, stories make the watch; the horology-afflicted never ceases to tell the world this. For American watch brand Tockr, the narrative it stumbled onto is irresistible.

Tockr in 2018 introduced its steel D-Day C-47 “That’s All, Brother” watch. The dial of this watch is fashioned from salvaged material from a C-47 aircraft named —you guessed it — “That’s All, Brother” which led the infamous D-Day invasion into Normandy during the Second World War. A buyer got in touch with the company, intending to buy a piece for his grandfather. His grandfather is a 99-year-old veteran who flew a C-47 and other twin-engine planes during the war. The watch, no doubt, is an awesome gift to such a man.

The buyer’s grandfather is World War II pilot 1st Lieutenant Alfred Leland Pepper, who had served as a pilot in the 403rd Troop Carrier Group, the 64th Troop Carrier Squadron in Guadalcanal, and the 13th Army Air Force. During the war he flew without a navigator, relying simply on sight, radio, compass, waves, or the instruments of the day, and logged over 1,200 hours of flight time before the war was over. His stint included numerous drop-and-resupply missions and troop transports. He is bemedaled.

Tockr founders Sophy Rindler and Austin Ivey, himself a pilot and the grandson of one who also flew in World War II, learned of this news. The pair then decided to name its new 75-piece collection of D-Day C-47 watches housed in bronze cases (the steel D-Day C-47 watches were limited to 100 examples) as the D-Day C-47 “Alfred Pepper” series. This latest extension of the collection was designed and produced by Tockr in partnership with the Commemorative Air Force to mark the 75th anniversary of the D-Day invasion.

“Since the D-Day C-47 watches launched, we’ve been able to connect with many people and hear their inspiring stories of service and sacrifice. One of those people was Lieutenant Alfred Pepper’s grandson, who told us all about his grandfather’s experiences flying C-47 planes during the war,” Ivey said.

Like its steel siblings, the dials of “Alfred Pepper” bronze watches are also cut from authentic salvaged aircraft material from the “That’s All, Brother” plane. This means the dials have varying hues of brown and green, as well as different degrees of painting, stamping or weathering. “Clean Cut” dials have light to medium weathering and exhibit some light, original distressing; “Stamped” ones are marked by medium weathering and may also display original typography in yellow, brown or blue hues; “Hard Worn” are battered, with large areas of exposed aluminum.

Underneath the dial beats a cal. ETA 2834, a self-winding movement with 25 jewels, spins at 28,800vph and packs a 38-hour power reserve. Wrapping over all this is a 42-millimeter-wide cushion case designed by Emmanuel Gueit. Because the case is made from bronze, and the dials from upcycled materials, no two watches will look the same.

Incidentally, Tockr did not stop at naming the bronze D-Day C-47 in honor of Lieutenant Pepper. On May 13 in Urbana, Ohio, Ivey personally presented one of these new watches to the veteran during a Commemorative Air Force event where Lieutenant Pepper had another go at sitting inside the cockpit of a surviving C-47 named the D-Day Doll.