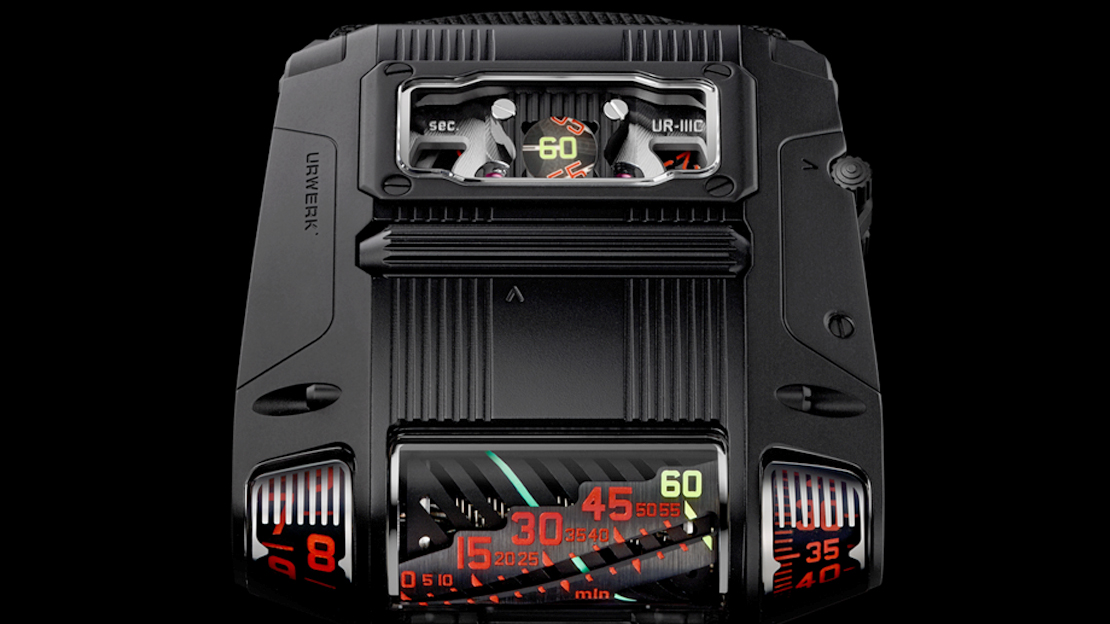 IT’S no secret at all that Robert Downey, Jr. is a watch guy; what’s on his wrist are constant posts on the ‘Gram. His big screen Tony Stark character is written as such, too, and appears to be as reliant on his wrist wear as much as he is on his arc reactor. Matching a timepiece to this awesome gizmo on Iron Man’s chest (not to mention the exoskeleton armor) is no easy task. But one marque just seems to tick this box like it were specifically built for the purpose. It’s Urwerk. And in the blockbuster flick “Avengers: End Game” Mr. Stark’s wrist choice were the UR-105 CT Iron and UR-111C Black Cobra.

Downey Jr.’s and Urwerk’s association began in 2017 when the star invited the watchmaker to join the superheroes during a shoot of “Spiderman: Homecoming.” This led to Urwerk getting its spot in the final Avengers series.

But the watches transcend the screen; during the movie’s Los Angeles premiere on April 22 Downey wore the UR-111C Black Cobra.

This timepiece, unveiled barely a month earlier at Baselworld, is limited to only 25 examples. It is part of the brand’s Special Projects collection which depart from Urwerk’s signature wandering-hour complication. But, like its brethren, the UR-111C Black Cobra is innovative, displaying minutes both digitally and on a linear track, the hours on a jumping digital scale and the seconds transmitted via fiber optics to a glass panel. The model also reimagines the winding crown by turning this into a roller integrated into the top of the case.

Powering the UR-111C Black Cobra is an Urwerk self-winding calibre that has 37 jewels, oscillates at 28,800vph and stores power good for 48 hours.

The UR-105 CT Iron isn’t any less complex. For starters, the watch’s top need to be slid out to reveal the mechanics residing within. And what’s there is a wandering hour indication based on an openwork carousel. The thing carries four satellites, each bearing three numerals for the hours. The hours successively sweep past the minutes scale for an analog and digital display of the time. A power-reserve indicator and digital seconds make up the rest of the readouts on the dial.

Matching the fiber optic wizardry of the Black Cobra, the Iron’s digital seconds mechanism was made via a photolithographic process. Each 10-second marker was open-worked. The result is that the entire thing weighs less than a tenth of a gram.

At the UR-105 CT Iron’s back reside two pneumatic turbines governing the movement’s — Urwerk’s 52-jewel, 28,800vph, 48-hour power reserve UR 5.03 — self-winding rate. The tension rate can be set by a lever. The Full setting means the barrel spring is wound automatically. Stop disengages the self-winding mechanism, allowing the spring to be cranked manually. Red, for reduced, activates the turbines so these would dampen the winding rotor and avoid overstressing the mainspring. This last setting is particularly useful — and recommended — for those who are quite active.