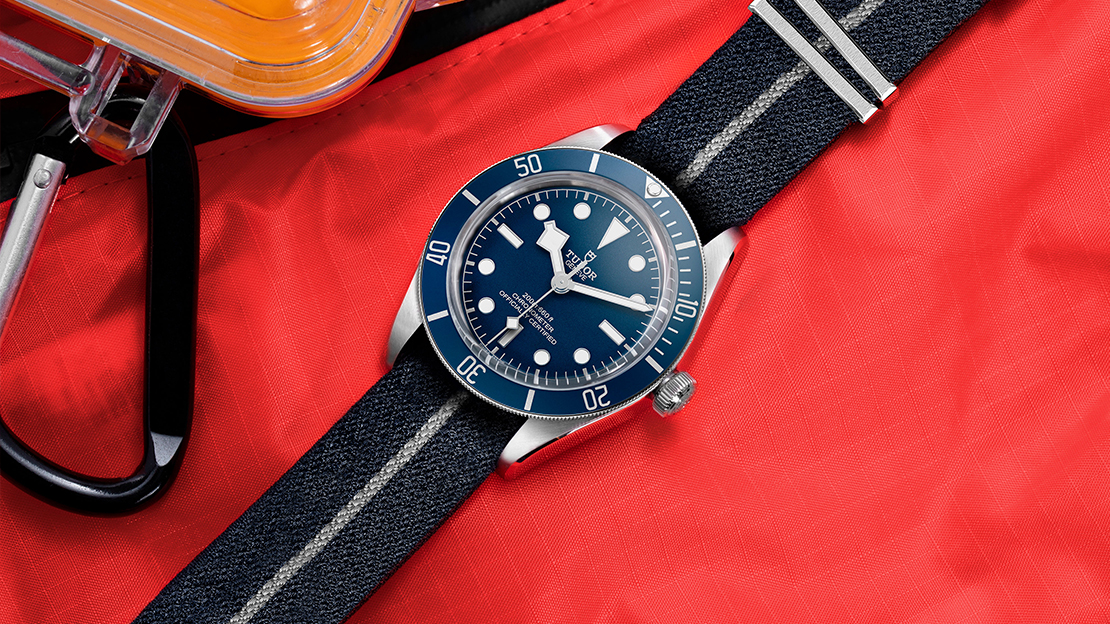 As Baselworld 2020 became increasingly in danger because of the global pandemic, brands were already making plans. There was a big push to keep the schedule going, just not in Basel but rather spread out to my markets. That of course didn’t happen as things got more complicated. July 1, 2020 has become the year’s key release date for a key name, Tudor. At 7am in Geneva the company presented their watches online to the world. Within hours they were in our hands and on our wrists. So while it wasn’t exactly Baselworld, it certainly has its own excitement. Kudos to Tudor for that.

The much awaited release is the 2020 Tudor Black Bay Fifty-Eight in Blue, what they are calling Navy Blue. Following on the very successful BB Fifty-Eight launched in 2018, which is in itself a hat-tip of the dive watch the brand released in, as would be indicated, 1958, the new issue is basically the same but blue. On a historic note, Tudor released a blue-dial and blue-bezel dive watch before, in 1969, and that kind of set the tone for what came to be known as “TUDOR Blue”.

Little details are different with this new Navy Blue as compared to the first Fifty-Eight release, such as the index colors being white rather than the kind of raised aged-patina cream of the black Fifty-Eight. Additionally, the surround on the indices are no longer the gold gilt. Happily, the vintage look continues with matte color treatments and the aluminum bezel. This makes the whole watch look somewhat more stark and modern but still within the vintage family line. Think of what the blue Pelagos looks like but with a deeper darker blue that makes everything look rather more elegant and less flashy. This will easily be a winner for the brand, but it doesn’t detract from the previous. In fact, it may drive both models higher because it helps people solidify their choice. Lately though, that choose is often… whatever they can get.

The 79030B (B for bleu) has the same 39mm case and uses the same Tudor MT5402 movement. It is available with a riveted steel bracelet, a fabric strap in a jacquard weave and a white stripe down the middle or a leather “soft touch” strap with a folding clasp.

Sprinting through life and tackling hurdles is no small feat for award-winning athlete and TAG Heuer Brand Ambassador Sydney McLaughlin.

The Maison marks its 34th year as official timekeeper

Pushing the boundaries of its artistic design even further, Louis Erard reveals a completely unique triptych.

In honor of World Ocean Day and celebrating its community of friends and partner including world-renown shark experts, divers, universities, and non-profits, Ulysse Nardin unveils a stunning, shark-themed limited edition of the DIVER 42 mm.