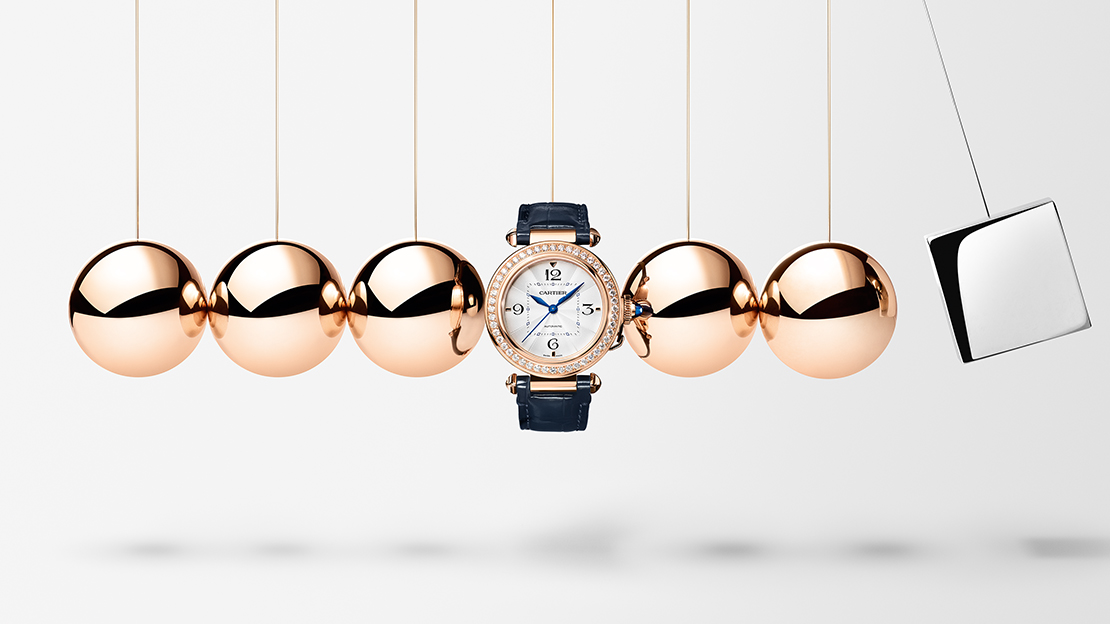 “…the Pasha watch has embodied a certain idea of success directly linked to its extroverted design, power and graphic nonconformism.”

Arnaud Carrez, International Marketing and Communications Director of Cartier International, perfectly describes the Pasha watch. Initially launched in the 1980s, the Pasha is the watch of and for the creative mind. Though it adheres closely to the Cartier brand of luxury and style, it has distinctive features in its extraordinary design, suited for both men and women. The dial is clean and white, a fitting backdrop for the stylized hour numerals 3, 6, 9, and 12. The blued hands stand out and still complement the blue crown. You can choose from a 35mm model and a 41mm model, in steel, gold, diamond-set, and skeleton movements.

An extraordinary watch means extraordinary people are drawn to it, and the Pasha is no exception. New York fashion photographer Craig McDean was tasked with shooting the campaign. He successfully captured the five diverse talents chosen to represent the unique Pasha. American actor Rami Malek has made his mark in the film industry, having received 14 awards and 46 nominations. He has won an Academy Award, and a British Academy Film Award among them. Australian Troye Sivan was born in South Africa but has since made his home elsewhere. He is a singer-songwriter, actor, and an online presence on YouTube. American Willow Smith is also a singer, songwriter, and record producer. She has also forayed into acting and is known for her passion. English actress Maisie Williams, though very well known for Game of Thrones, continues to express her individuality in different projects. Jackson Wang from Hong Kong is a rapper, singer, and dancer, now based in South Korea. He has a strong following from his boy group and from Korean reality television.

As Arnaud Carrez said, “(The Pasha) is as edgy as ever and in tune with today’s new generation of creators. These new Pasha ambassadors owe their success to their differences, creativity, connection, multidisciplinary talents and generosity.”

The Cartier Pasha watch was launched in China on July 1st. The rest of the world will have to wait for the worldwide launch on September 4th.